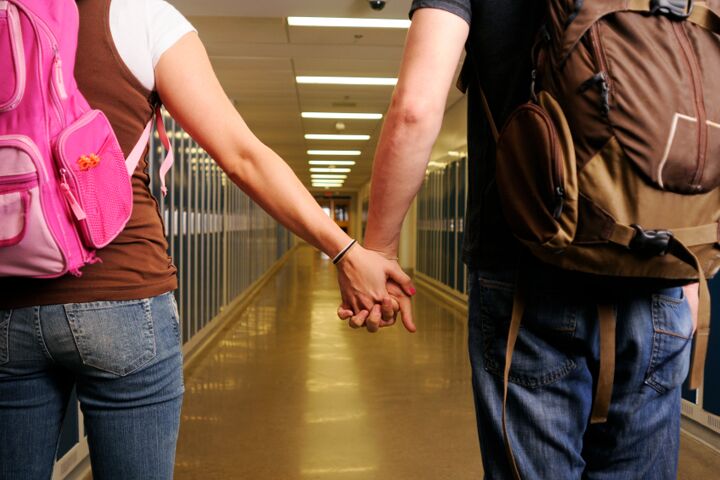 Researchers from Dartmouth College in New Hampshire have concluded that teens can be corrupted by sex scenes they see in movies.

The study, based on 700 popular films, found that watching love scenes could “fundamentally influence” a teenager’s personality, reported the Telegraph.

In all honesty, this study should not come as a surprise to any sound-thinking adult. Parents who have loved their children and watched them grow up from infancy to adolescence through the teen years to adulthood know that children are great imitators. When what they see appears appealing or interesting, they will repeat it.

With the Philadelphia Trumpet and theTrumpet.com we have fought for the safety and security of teens for decades. We have worked hard to protect teens from alcohol, drugs and promiscuous premarital sex. To be honest, had people read and listened to what has been written, this study would not have been necessary. Our archives are full of articles warning of the dangerous exposure teens receive from sexual content in movies and on tv.

What young people see, they will do!

In 2002, in an article titled “The New Teen Sex Epidemic,” we reported,

Unfortunately, what teens seldom see on tv sitcoms and in movies are the tragic consequences of contracting a sexually transmitted infection (sti). As oral sex became more popular, the cases of teenage oral herpes and gonorrhea of the throat also increased. Herpes and gonorrhea are not subjects that can be glamorized in movies.

The Telegraph also reported that Dartmouth researchers concluded that for every hour of exposure to sexual content on-screen, participants were more than five times more likely to lose their virginity within six years.

In 2002, we also reported, “When negligent parents shirk their responsibilities at home and when popular culture teaches our kids that everyone’s doing it, it’s no wonder society is often shocked by what goes on in the teen world.

“Every teenager wants to belong. This tendency is a natural expression of human nature. This is one reason why, far too often, teens—especially if they are neglected at home—will go along with popular trends.”

Now notice what the Dartmouth researchers concluded: “This study, and its confluence with other work, strongly suggest that parents need to restrict their children from seeing sexual content in movies at young ages.”

If parents are to restrict teens from seeing sexual content in movies, then parents will have to spend more time with their children. The majority of parents spend little time with their children. Teens need attention from adults. Much of this attention must be active one-on-one education between parent and teen. Because of society’s obsession with sex, a large portion of this parental education must be in the area of the proper use of sex.

In 2008, in an article titled “Taking Time to Save Our Teens,” we wrote: “What is the cause of messed-up teens? We could point the finger at many things: our failing school systems, the entertainment industry, the music industry, drug pushers, pornography, violent video games or any other modern malady. But the stark truth is that the main cause for troubled teens is troubled parents.”

Dartmouth researchers said they found a link between exposure to sex on screen and sexual behavior. They studied 1,288 children between the ages of 12 and 14 and then analyzed their behavior six years later.

The participants told researchers that they tried to mimic love scenes they had seen on the screen.

Let’s face it: We have become the generation that has abandoned our teens.[Herbert] Armstrong warned about the damaging effects of parental neglect. He wrote over 20 years ago, “Family life has undergone a radical revolution! Teens have sex games at home in bed while Dad and Mom are at work. Children do not eat with parents. They seldom go to movies with parents. Parents have their lives, associates and friends apart from the children. Parents never think of teaching children, being with children, maintaining a family relationship! Parental responsibility is totally neglected. In due time parents are going to be brought to account for this neglect of basic responsibility” (The Missing Dimension in Sex). Admitting responsibility for teen neglect is difficult for any parent. Yet it is the only means to an effective solution for our teen crisis.

Dr. O’Hara said the combination of sexually explicit films and adolescence had a profound impact on teens’ behavior. He said that while more than half of adolescents use movies and the media as their “greatest source of sexual information,” many could not differentiate between what they saw on-screen and what they confronted in real life.

Overall, the Dartmouth study shows that teens need and want sex education. When that education does not come from parents, teens will search out that education from peers or other adults. Unfortunately for many teens today, those other adults are shameless filmmakers.

To better protect your teen from the wrong education about sex, download or write for a copy of these two important books: The Missing dimension in Sex and The Incredible Human Potential. Remember that the Trumpet archive is full of helpful articles on the subjects of teens and the proper use of sex.