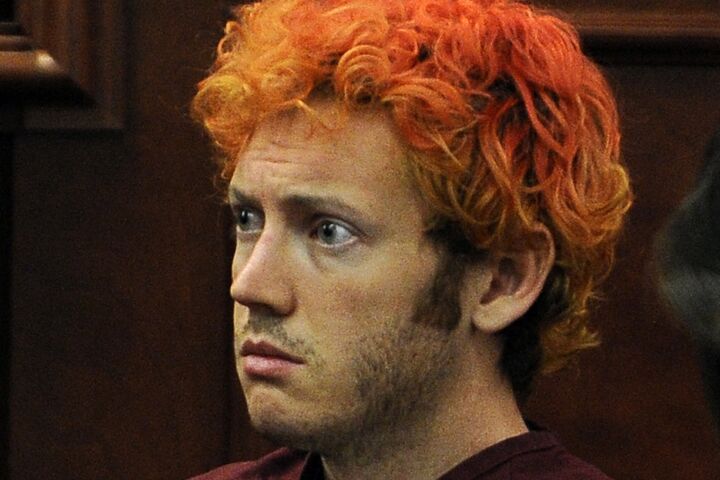 When tragedy strikes, America is quick to talk about God.

Speaking in Aurora, Colorado, President Barack Obama said, “Scripture says that ‘He will wipe away every tear from their eyes, and death shall be no more. Neither shall there be mourning, nor crying, nor pain anymore, for the former things have passed away.’” The president was quoting the book of Revelation, chapter 21, verse 4.

When a diabolical mass murderer walks into a theater and ends a dozen lives for no reason, we now know what to expect: mourning relatives, predictable politicizing, and our only hope for explanation, several news cycles’ worth of religious talk and prayer.

But why is it that among all the verbiage and the sincere yearning for some sort of answer, no one can answer the one question we all have: Why did this happen?

Tragedy drives people to quote God, and some even to pray, but no one has a real explanation of why the loving, merciful Creator let something like this killing spree happen.

Twelve are dead, 58 are wounded. It was one of the deadliest mass shootings in U.S. history. Among the victims was a 6-year-old girl.

Why would God allow such a thing to happen? This is a question that many people are struggling with.

If this question is bothering you, take it to God. Read the Bible, His word in print.

One of the basic premises of the Bible is cause and effect—or, as Leviticus 26 describes it, blessings and curses.

One of the blessings God promises is protection. In this chapter, God says His way of life will bring peace throughout a nation. Conversely, if people are not obeying Him, God says He Himself will “appoint over you terror.”

That God would actually send terror on people is certainly not a popular message. But maybe we need to take a hard, cold look at ourselves—as well as what the Bible says.

Let’s go back to the second installment in the Batman trilogy, The Dark Knight. Here is what the Telegraph’s Jenny McCartney wrote about it in 2008. “[T]he greatest surprise of all—even for me, after eight years spent working as a film critic—has been the sustained level of intensely sadistic brutality throughout the film.”

“[T]he film begins with a heist carried out by men in sinister clown masks. As each clown completes a task, another shoots him point-blank in the head. The scene ends with a clown—The Joker—stuffing a bomb into a wounded bank employee’s mouth.

“After the murderous clown heist, things slip downhill. A man’s face is filleted by a knife, and another’s is burned half off. A man’s eye is slammed into a pencil. A bomb can be seen crudely stitched inside another man’s stomach, which subsequently explodes. A trussed-up man is bound to a chair and set alight atop a pile of banknotes. A plainly terrorized child is threatened at gunpoint by a man with a melted face. It is all intensely realistic.”

Another movie critic raved about how the “Joker was like the devil personified, calmly and enjoyably spreading evil wherever he went.”

It was a box office smash hit. Parents took their children to see it in droves.

The 2012 movie is filled with more of the same. In The Dark Knight Rises, Batman fights with a hulking brute who wears a demonic-looking mask. One critic said the film contains “one of the most memorably brutal fights ever portrayed in movies … disturbingly realistic and larger-than-life at the same time.”

This was the movie that people wanted to see so badly that they took their infants with them.

Parents: Have we lost our minds? Why was that 6-year-old girl there? There was a 12-year-old there too—and a 3-month-old! What was a 3-month-old baby doing at a Christopher Nolan Batman movie?

People talk a lot about freedom. They are referring to the freedom, for example, to go and see and do whatever they want. No one wants limits on what they can or cannot do.

But under the guise of freedom, America has made itself a slave to violence. It is one more violent thing after another—like links in a chain.

A couple of decades ago, children got nightmares from watching the Wicked Witch of the West from the Wizard of Oz. Most parents wouldn’t think twice about letting their kids watch that show today. Are our children’s minds being twisted?

When the Colorado shooter was arrested, he told police officers that his name was “The Joker.” He died his hair red to match. His apartment was filled with Batman paraphernalia and, according to officials, was booby trapped with explosives. He violently murdered 12 people in cold blood—and only stopped when his rifle jammed.

Colorado’s governor described him as “diabolical, demonic,” and as “a twisted, really delusional individual.”

A recent Dartmouth study found that watching Hollywood sex scenes made teenagers more promiscuous and sexually active at a younger age. Is it any wonder that people are getting more violent too? Hosts of experts will tell you there is no link. But there is a link.

You cannot expose yourself to sadistic, demonic acts and not be affected.

We are living the horrors of young-people-turned-adults exposed to the mental terrorism of the past decade. What kind of atrocities are in store when the current teenage generation becomes old enough to buy high-powered weaponry?

The law of cause and effect governs the universe. It cannot be escaped. Broken law leads to unhappiness and suffering. America is feeling the curses of broken law.

And God lets people deal with the results of their choices for a reason: He wants people to change!

The people who died in the Colorado massacre were no more evil than anyone else. But God still let it happen. God wants people to change; He wants this world to change. God does not want people to suffer. He wants them to experience the happiness that only comes from obedience to His law.

Until people learn that only God’s way of life can bring peace and happiness, these tragic lessons in aversion therapy will continue. And America is going to become a much more dangerous place.

For a comprehensive explanation of why God allows suffering, read Chapter 2 of Why ‘Natural’ Disasters?