The one leadership essential most choose to ignore 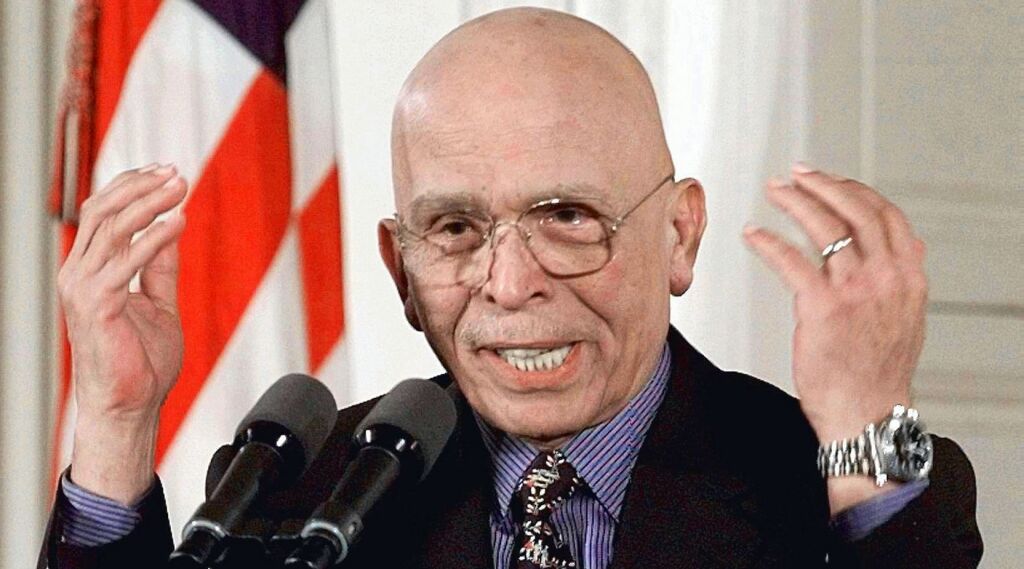 The one leadership essential most choose to ignore

One fact about King Hussein’s rule seems to have been drowned out by the tearful accolades of those mourning his death. Yes, he “really did bring people together,” as President Clinton said. He was respected and admired internationally—even by many of his enemies. And at home, Jordanians adored their king. (When he returned from his six-month stay in America on January 19, one-fourth of the country gathered on streets, in pouring rain, to welcome him—cheering, waving banners, even weeping.)

Yet this fact remains: King Hussein, till the day he died, was the absolute, unelected, unquestioned ruler of Jordan. What he said was final. Sure, he created a partially elected parliament in 1989 and has since that time liberalized restrictions on the press and deregulated Jordan’s economy. Yet with one, swift, decisive act just 12 days before he died, the King left little doubt about the authority of his office—as king, he retained total control.

In October, after peace talks stalled between Yasser Arafat and Benjamin Netanyahu, Jordan’s monarch mustered enough strength to drag himself from his deathbed to the Wye River talks in Maryland. Looking pale and sick, bald from the chemotherapy treatments, Hussein said, “There has been enough destruction. Enough death. Enough waste. And it’s time that, together, we occupy a place beyond ourselves, our peoples, that is worthy of them under the sun, the descendants of the children of Abraham.” The two sides eventually settled, and the King received credit for a great diplomatic victory.

Then, in January, the King returned to Jordan looking fresh and claiming to be cured. His wife’s expression upon arrival in Jordan, however, suggested otherwise. As it turns out, the King was still very sick. He had only come home to replace his brother, Crown Prince Hassan. He appointed his eldest son Abdullah as successor and, hours later, flew back to America to undergo a bone marrow transplant. But the old man’s declining health was beyond repair. He died on February 7.

Obviously dissatisfied with his brother’s rule in his absence, it seems to me the big story is not why he changed his successor, but how he pulled it off so smoothly. Hassan had been crown prince for 33 years. And yet, 12 days before he died, in one fell swoop, King Hussein single-handedly removed his brother from office, appointed a new king, and forever changed the course of his beloved country. No election. No opinion polls. No protests. No civil strife. No attempted coup. No war. Just a decree from one man with absolute power. The King had spoken. So let it be written; so let it be done.

In the West, especially in America, we have prided ourselves in supposedly forming a “better” and “more superior” governmental structure. Tyrannical absolutists like Pope Innocent, Adolf Hitler, Joseph Stalin and Saddam Hussein are to be demonized. But Western elites have, for the most part, applauded King Hussein’s 46-year reign as absolute ruler. The reason is because of the way in which King Hussein used his authority.

King Hussein was not a perfect monarch. But as far as absolute rulers go, he was a cut above. For the most part, he devoted his reign to obtaining peace with his neighbors—especially late in life. At home, considering Jordan is seven-eighths desert and without the oil-rich resources of other Arab nations, he worked miracles. Though not a rich country, life in Jordan was decent. Compared to Beirut, Damascus or Baghdad, Amman was like a desert oasis. Known for its low crime, clean streets, operable traffic lights (though sometimes unheeded) and gardens that actually grew green, Jordan’s capital city reflected the King’s basic decency.

Yet, despite King Hussein’s decency and sincere desire for peace, even he faced many problems and difficulties that were beyond human power to solve. And if honest, we would have to admit that world conditions since Hussein became King in 1953 are much nastier.

There is a cause for every effect. If there is poverty, sickness, suffering, division, strife, war, it’s because man has made it, or at least allowed it, to be that way. God traces the cause of all the world’s problems back to man’s carnal nature. He says in Romans 8:7 that the carnal mind is hostile toward Him. In Jeremiah 17:9, He says that man’s heart, or mind, is deceitful and desperately wicked. It gets back to man’s heart—the way we are living. It’s based on the way of sin, of selfishness and competition.

In Isaiah 59, God identifies the cause of evil just as clearly and decisively as King Hussein’s final decree. He also outlines the solution to the world’s troubles. Notice!

There is some good in the carnal mind. King Hussein’s life proves that. But man has done much evil too, as the rest of the chapter shows. Isaiah says there is no justice or truth in the land, but instead vanity, mischief and deceit (v. 4). “Their feet run to evil,” he says, “and they make haste to shed innocent blood” (v. 7).

And in verse 8, he says, “The way of peace they know not.” It’s certainly not for want of trying! Man has worked unceasingly for peace—sometimes with relentless, round-the-clock fervor, like at the Wye River talks last October. And for what? More violence and bloodshed. More division. More war.

For 6,000 years, our civilization, and every type of government it has created, has looked for solutions it has been unable to find. No government today —whether monarchy, democracy, communism, socialism—has been able to remove the causes for world problems. Since the causes have not been removed, effects have only worsened.

You would think, as evils worsen, that more people would wake up to the fact that this is not God’s world. It is Satan’s! (II Cor. 4:4). That’s why the whole world is deceived (Rev. 12:9). And that’s why conditions are only getting worse.

It’s time we turn to the Bible for the solution to these problems.

Isaiah concludes chapter 59 with the only real solution to the problems we face. “And the Redeemer [Jesus Christ] shall come to Zion, and unto them that turn from transgression in Jacob, saith the Lord. As for me, this is my covenant with them, saith the Lord; My spirit that is upon thee, and my words which I have put in thy mouth, shall not depart out of thy mouth, nor out of the mouth of thy seed, nor out of the mouth of thy seed’s seed, saith the Lord, from henceforth and for ever. Arise, shine; for thy light is come, and the glory of the Lord is risen upon thee” (Isa. 59:20-21; 60:1).

Man’s only hope for lasting peace, and justice, and truth—for right solutions to the world’s problems—is Jesus Christ’s return to this earth in power and glory! When He returns, as He says He will in so many scriptures, the kingdoms and governments of this world will become His Kingdom! (Rev. 11:15). One world government. He will rule with compassion, justice and mercy. But be assured, as King of kings and Lord of lords, He will also rule with absolute, unquestioned authority. No one will vote Him into office. And no one will vote Him out—for all eternity.

If you think about it, really, could it be any other way? With all of man’s division, strife, competition and jealousy, how else could a law of unselfish love be enforced worldwide unless there was an all-powerful, all-knowing, all-loving God at the helm to enforce and live by such a law?

God’s government, to be set up by Christ when He returns, will be a theocracy. Like Jordan’s monarchy, rule will come from the top down. But it will be thoroughly unlike any government man has devised—including King Hussein! That’s because it will be a perfect government—based upon God’s perfect wisdom, understanding and justice—directed in perfect love.

When I heard Western commentators eulogizing King Hussein as a great leader who made life for his desert-dwelling subjects a little better and more hopeful, I did not doubt their conclusions. It just seemed strange that these champions of democracy would so exalt a man who directed a government with absolute authority. I wonder if they realized that in a way they were actually defending absolutism. Of course, I wouldn’t want to be subjected to the rule of Adolf Hitler or Saddam Hussein. But what if that absolute ruler was a good man who really did rule for the good of the people?

When you think about what one carnal-minded man—considered by most accounts to be good, honest and decent—can do for a small country the size of South Carolina, imagine what a perfect, glorified, all-powerful, spirit-composed King can do for the whole world.