Hint: It’s not because of irresponsible ‘Internet providers.’ 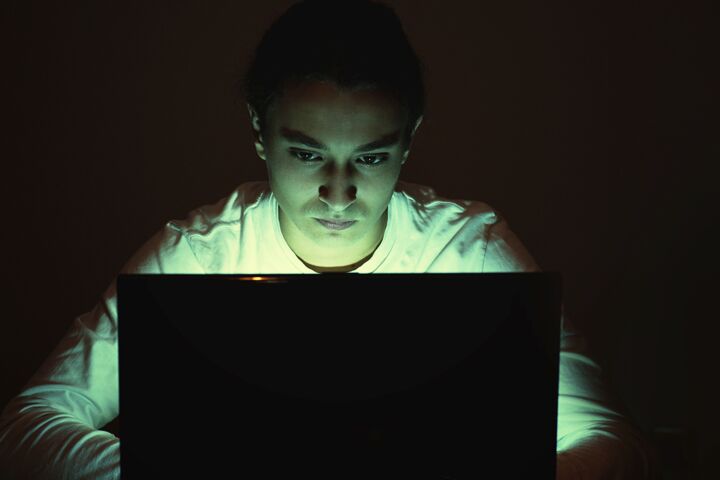 Hint: It’s not because of irresponsible ‘Internet providers.’

In their report, the M.P.s expressed concern that porn-viewing among teens is corrupting an entire generation. They’re alarmed that children and teens will pervert their minds, saddling millions with selfish, twisted, vile viewpoints regarding sex, the roles of men and women, and marriage and family.

There’s no denying such features would have a positive effect. However, that debate is a major distraction from the real cause of this problem.

After all, who’s paying for the computers, televisions, game consoles, mobiles and broadband? Who’s allowing children to slink into the seclusion of their screen-lit bedrooms and other private places where they can surf, text and “sext” to their hearts’ delight? (More than half of children ages 7 to 16 have Internet access in their own room; among 11-to-16-year-olds, the figure is 61 percent.) Who is letting Internet perversion raise their children?

Speaking practically, the solution to teens viewing porn is fairly straightforward: simple rules implemented by loving parents. Relocate computers and tvs to the living room; download free, easy-to-install Internet filters, and most of all take the time to regularly monitor what your child views online. Make children put smartphones away after a certain hour, monitor texts, conduct spur-of-the-moment checks. Know what your teen is doing! With such an involved parent, a teen finds lustful activity much more difficult and much less enticing. What if the child goes to a friend’s home to engage in this behavior? That’s simple too: Sever the relationship.

These measures might sound harsh. But isn’t the moral, emotional and psychological damage inflicted by pornography, the hollow-eyed enslavement, the sabotage of future relationships, ten thousand times worse?

Why does this seem so outlandish? Why will most parents never implement these measures? Because they’ve abdicated authority over their children. The 21st-century parent does not care enough and does not love enough to control his child’s behavior and attitude.

As children grow, their disregard and disrespect for authority affects their other relationships. At school they lack respect for teachers, principals and administrators. In society, there’s little respect for police, government leaders and others in authority. The results of this upbringing surround us. Too many of our teachers work in fear of verbal and physical abuse. Malls and shopping centers, overrun by aimless youths, lose hundreds of millions of dollars a year to theft and property damage. Our streets are filled with gang violence.

Traced to its origins, every social problem facing Britain (and America) is the result of some form of family dysfunction. Gang violence and general street crime; sexual perversion and promiscuity; unwanted pregnancy and sexually transmitted disease; rape and sexual abuse; fatherlessness/single motherhood and the resultant exploitation of the welfare system; divorce and its many costly byproducts—each stems from the dissolution of the traditional family!

We are decades deep into a cultural war on traditional marriage, on the roles of the mother and especially the father, and on the role of children within a family. We have tossed aside traditional laws and virtues regarding marriage and family, many of which were gleaned from the Bible, and replaced them with perverted, anti-family “values.” The results are obvious. As Herbert W. Armstrong wrote in The Missing Dimension in Sex, “Since it is a basic truism that a solid family structure is the foundational bulwark of any stable and permanent society, this fact means only one thing—civilization as we know it is on the way down—and out ….”

Is there a better way to describe a nation in which millions of teens are allowed to go online and in the privacy of their own bedrooms explore the “whole history of human sexual perversion”? We have a bigger problem on our hands than the content policies of irresponsible Internet providers. We have to fix our broken families.