To enjoy the blessings God wants to give us, we must deeply understand the way of life to avoid. 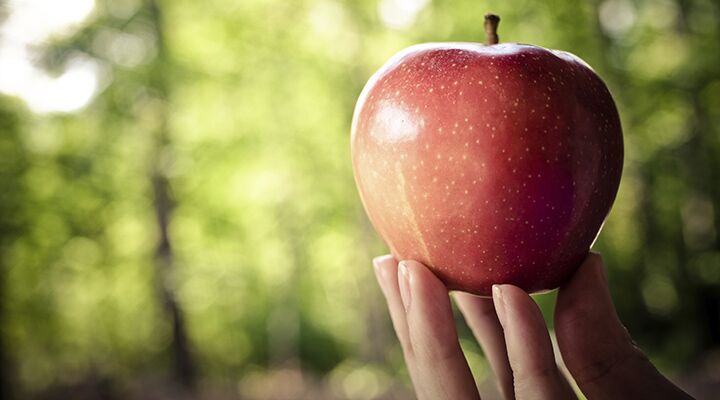 To enjoy the blessings God wants to give us, we must deeply understand the way of life to avoid.
From The July 2012 Philadelphia Trumpet
View Issue FREE Subscription

“Sin is the transgression of the law,” says 1 John 3:4. This important scripture teaches us where to look for a definition of sin: to the Ten Commandments. The Apostle Paul wrote in Romans 7:7: “Nay, I had not known sin, but by the law.”

But this is only a start for understanding sin. We need to know not only the definition of sin, but also where sin starts and how it operates in our lives. We need to understand the root cause of sin in humanity. And we need to fully understand the consequences of sin.

Romans 7:14 says the law is “spiritual.” This means several things. The most important lesson this verse teaches us is that there are eternal consequences for disobedience to God’s spiritual law. Romans 6:23 tells us that “the wages of sin is death.” The penalty for sin unrepented of is eternal death! This fact should drive us to be sure we understand deeply the truth about sin.

But Romans 7:14 also teaches us that the truth about sin must be revealed by God. It is spiritual knowledge. God is willing to reveal this knowledge to anyone who will listen and obey.

Where Did Sin Begin?

Who committed the first sin? Was it mother Eve? No.

The first sin in the universe was committed by the great cherub Lucifer, who became Satan the devil. To understand the root cause of sin in humanity, we must look to Satan’s life and learn from his mistakes.

What caused Lucifer to sin? Through the Prophet Ezekiel, God says to Satan, “Thou art the anointed cherub that covereth; and I have set thee so: thou wast upon the holy mountain of God; thou hast walked up and down in the midst of the stones of fire. Thou wast perfect in thy ways from the day that thou wast created, till iniquity [lawlessness] was found in thee” (Ezekiel 28:14-15). God specially created Lucifer to be a great angel and trained him at the very throne of God to administer God’s government on Earth. (For more information about this important history, request a free copy of The Incredible Human Potential by Herbert W. Armstrong.)

Lucifer saw how God lived. He saw firsthand the fruits of His righteousness and character. He also had inside knowledge as to God’s plans for the universe. Ezekiel 28:12 describes Lucifer as a being who was “full of wisdom, and perfect in beauty.” God gave Lucifer everything he needed to be successful. But something went tragically wrong.

“Thou wast perfect in thy ways from the day that thou wast created, till iniquity was found in thee” (verse 15). Lucifer sinned! A great spiritual being, who had all the credentials to please God, rebelled against God’s law. Lucifer took on a rebellious nature and became Satan the devil. He became God’s number one adversary.

Verse 17 tells us why: “Thine heart was lifted up because of thy beauty, thou hast corrupted thy wisdom by reason of thy brightness.”

“For thou hast said in thine heart, I will ascend into heaven, I will exalt my throne above the stars of God: I will sit also upon the mount of the congregation, in the sides of the north: I will ascend above the heights of the clouds; I will be like the most High” (Isaiah 14:13-14). Satan’s vanity led him to believe he was as good or better than God Himself.

What is the root cause of human sin? It is vanity. The Ten Commandments show us what sin is; vanity causes us to do it!

If we are going to overcome sin, we must know what sin is. But we must also understand what causes us to sin. Just like Satan, it is our ownvanity that causes us to think that we can decide for ourselves what is right and wrong—that we are equal to or better than God! When we sin, it is because we think we know better than God.

That is what caused Eve to sin. Read the first five verses of Genesis 3. If we look closely at this example, we see the root cause of her sin: Satan got to her through vanity. Satan made Eve doubt God’s words. He said that she could become a god; he appealed to her vanity.

God had explained to Adam and Eve that their purpose for being on Earth was to become members of the God Family. God explained that this process would take time. But Satan told Eve she could have it all immediately. She could have God-level power to decide right and wrong—instantly!

Eve succumbed to her vanity and, as verse 6 explains, used human reasoning to justify her sin.

Satan used a similar tactic on Jesus Christ. Matthew records this monumental confrontation in his Gospel. “And when the tempter came to him, he said, If thou be the Son of God, command that these stones be made bread. But he answered and said, It is written, Man shall not live by bread alone, but by every word that proceedeth out of the mouth of God” (Matthew 4:3-4). Jesus Christ set the perfect example of humility.

Humility protects us from committing sin. Satan tried to get to Jesus through vanity by saying: “If thou be the Son of God.” Satan knew Christ was the Son of God. In an appeal to vanity, Satan tried to get Christ to perform a miracle to prove it. This would have caused Christ to act outside the scope of God’s will and the spirit of His law—causing Christ to sin. God had willed that Christ should fast until after His confrontation with Satan. Matthew 4:1 says that “Jesus [was] led up of the Spirit.”

Paul wrote to the Romans: “therefore love is the fulfilling of the law” (Romans 13:10). If Jesus Christ had made the stones into bread, He would have yielded to Satan and violated the First Commandment. By creating bread, He would not have shown love to God or His fellow man; He would have served self! In an effort to prove that He was the Son of God, He would have succumbed to vanity and worshiped Satan!

Read through the entire account. Satan begins each temptation with an appeal to vanity.

If we are going to succeed at putting sin out of our lives, then we must become sensitive to our own human vanity. Every human being is subject to it It is a mistake to think otherwise.

God has allowed us to come under Satan’s sway because that is exactly what we have chosen—and because He is teaching us that vanity gets us nothing.

Satan is about to lose out on everything. God does not want that for us.

Who does God look to? “[T]o him that is poor and of a contrite spirit, and [who] trembleth at my word” (Isaiah 66:2). This verse is an apt description of Jesus Christ. He beat Satan by remaining humble and relying on God’s Word. We must learn to do the same.

Sin is a very deep subject, spiritually. All too often we look at the “do’s and don’ts” aspect of sin. But we need to look more deeply for the causes of our sin. We must examine ourselves according to the spirit of God’s law. That will force us to ask ourselves, Why do I do the things I do?

What gets us into the most trouble, spiritually? If we are honest with ourselves, the answer will always come up vanity!

If vanity is the root cause of sin, then where does sin start in a human being? Jesus Christ showed that sin starts in the mind—or as the Bible says, in the “heart.”

“‘[T]he heart’ as used in the biblical sense, refers to the attitude, the intent or purpose,” Herbert W. Armstrong wrote. “Sin results from a wrong attitude, intent, desire, which is an attitude of mind. Yet sin is also an act. It is the act of yielding to an attitude, desire or purpose contrary to love toward God or toward humans” (July 11, 1983).

Mr. Armstrong taught that there are two basic ways of life: the “give” way of love toward God and fellow man; and the “get” way of rebellion toward God, selfishness, envy and jealousy toward other men. This can also be expressed as two attitudes of mind, or intents of the heart. Our attitudes express either love or selfishness.

We need to examine our intents, or attitudes. We must ask ourselves: Are we really hungering after God’s way of life? “Blessed are they which do hunger and thirst after righteousness: for they shall be filled” (Matthew 5:6).

A Christian should drive himself to be like God. We should truly desire God’s way of life as much as we crave food and water! If we are truly seeking that way, then we have the “right” or a “good” attitude of mind. Those who have a well-developed “good” attitude are less likely to be caught in sin. These people desire what God has to offer.

On the other hand, a bad attitude, or evil intent of the heart, is to love the ways of this world. The Apostle John warns against such an attitude. “Love not the world, neither the things that are in the world. If any man love the world, the love of the Father is not in him. For all that is in the world, the lust of the flesh, and the lust of the eyes, and the pride of life, is not of the Father, but is of the world. And the world passeth away, and the lust thereof: but he that doeth the will of God abideth for ever” (1 John 2:15-17).

Paul referred to man’s civilization as “this present evil world” (Galatians 1:4). This world is evil because it is really Satan’s world. “Wherein in time past ye walked according to the course of this world, according to the prince of the power of the air, the spirit that now worketh in the children of disobedience” (Ephesians 2:2). Satan, the prince of the power of the air, inspires the attitude of “get” in human beings. It is he who works on our minds to desire what this world has to offer: self-glorification, pride, envy, jealousy and resentment toward authority.

Do we love this world? If we do, then we will get trapped in sin. Heed John’s warning in 1 John 2:17. This world is going to come to a grand-smash conclusion. If we have this world’s desires as our own, then we are doomed to share its penalties!

Deepen your understanding of what sin is. You owe it to Jesus Christ, who took on Himself your sins, to work hard to put sin out of your life. To accomplish this, you need to truly understand the root cause of sin: vanity. You also need to understand that sin starts in the heart and reflects an attitude of mind.

This world has a very casual attitude about sin. That is a terrible mistake. The ultimate penalty of sin is eternal death. It is a subject we must not take lightly.