Queen Elizabeth’s Diamond Jubilee comes after the sunset of an empire and during a national night of confusion and global disorder. 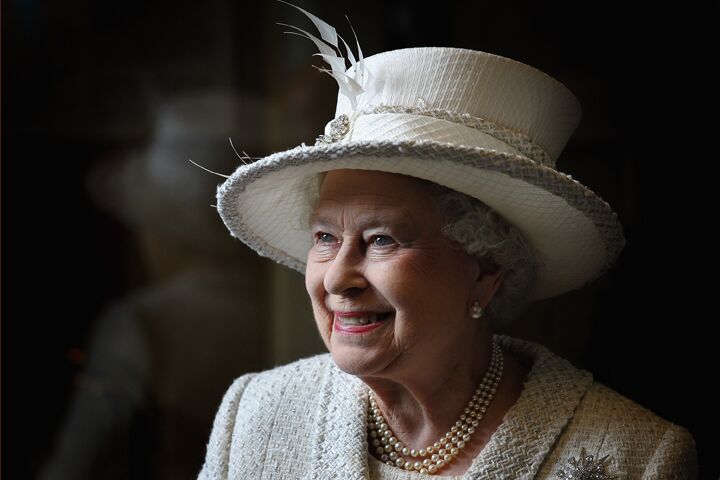 Queen Elizabeth’s Diamond Jubilee comes after the sunset of an empire and during a national night of confusion and global disorder.
From The July 2012 Philadelphia Trumpet
View Issue FREE Subscription

Only two British monarchs have celebrated 60 years on the ancient throne of Britain: Queen Victoria and, as of June, Queen Elizabeth ii.

Victoria presided over the most rapid and progressive growth of the British Empire in terms of territorial gain, naval power and wealth. But it has been the lot of Elizabeth ii to hold the throne during Britain’s most rapid demise from empire to second-rate power, its exchequer starved, and its current navy unable to protect its shriveled territory. The year of Elizabeth’s marriage, Britain lost the “jewel in the imperial crown,” India. Four months before her 50th wedding anniversary, the empire lost Hong Kong.

Neither monarch can be blamed for the prevailing world conditions of her time. In fact, where Victoria i was in perpetual mourning following the death of her beloved Albert, Elizabeth ii has been a most public monarch, an inveterate world traveler, an indefatigable supporter of good causes, and a great mixer with her subjects in public, even at risk to her person.

Few who truly understand the duties of a modern British monarch can genuinely criticize the manner in which Queen Elizabeth has acquitted herself in her regal office over the past six decades. Since she ascended to the throne in 1952 at the age of 26, she has paid impeccable, serious, even religious attention to her duties.

This remarkable, regal woman stirs deep affection in the hearts of her subjects. During a 1963 visit Down Under, Australian Prime Minister Robert Menzies quoted a famous English verse to her: “I did but see her passing by, and yet I’ll love her till I die.”

Having observed Queen Elizabeth’s exchanges with heads of government from the press gallery, I have been struck by the degree of respect she receives from heads of Commonwealth nations and foreign dignitaries. Canadian author Leah McLean recently described her first close-up encounter with the Queen’s natural warmth and charm. “[S]uddenly there she was: Elizabeth ii, tiny and smiling beatifically in mint-green skirt and gloves. She was paler and prettier than I’d expected … and had an extraterrestrial glow. … The Queen clasped my right hand, looked me straight in the eye and said, ‘How do you do?’” (Spectator, May 5).

Warm, personable, straightforward, Elizabeth radiates the warmth and dedication to duty one would hope for in a monarch of an empire, of a commonwealth, of one’s own country.

Yet there is much more at play here than the Queen or even the turbulent world affairs that have disquieted her peoples.

The Real Significance of the Throne

Most of the former territories of the British Empire remain members of the Commonwealth of Nations. Sixteen still recognize the Queen as their head of state. But as these states celebrate the 60th anniversary of Elizabeth’s ascension to the throne, no one will even think of—let alone publicly celebrate—the most remarkable aspect of her imperial heritage.

This foundational truth transcends the very British monarchy itself. Trumpet editor in chief Gerald Flurry highlighted it in July 2002: “Queen Elizabeth ii has been on her throne for 50 years,” he wrote. “Her Golden Jubilee is being celebrated this summer. But in a few short years that throne will be celebrated around the world! You need to understand why.”

Mr. Flurry quoted from a Plain Truth article written in July 1953 on the occasion of Elizabeth’s coronation: “To most Englishmen the coronation is the important ceremony of a generation, filled as it is with pomp, color and tradition. Britons proudly boast that in a world seething with revolutionary outbursts, they still possess a royal monarch.

“Yet the real significance was not the pomp and ceremony, the ritual of the Church of England to which Englishmen cling to provide consolation from their troubles. The real significance—and the most astounding fact—is that on the English throne is seated a descendant of the oldest ruling dynasty in the world—a dynasty which God established and which He has protected and perpetuated through every generation for almost 3,000 years!

Would you believe this astonishing assertion is backed explicitly in the Bible? “For thus saith the Lord; David shall never [lack] a man to sit upon the throne of the house of Israel” (Jeremiah 33:17). “That is a promise from God!” Mr. Flurry wrote. “That throne is on Earth today, and it’s going to continue forever!”

A Stone of Destiny

The Plain Truth article went on to point to a remarkable tradition: Queen Elizabeth ii was crowned while seated on the ancient King Edward’s Chair—over an even more ancient block of sandstone. Why?

“Ancient Irish annals prove the rock—which they called ‘lia fail,’ meaning stone of destiny—did not originate in Ireland, but came by way of Spain from the east. It was brought by a white-haired old man—a prophet—who also brought a daughter of an eastern king. Through her marriage to the king of Ireland, she not only continued her father’s throne, but also became the ancestor of a dynasty which has continued to Elizabeth ii, who was crowned Queen on June 2 over the stone of destiny. …

“Believe it or not, this is the very stone upon which the patriarch Jacob rested his head that evening about 3,700 years ago when fleeing from his father’s house!” That account is in Genesis 28.

To view that old block of stone, with its unrusted ancient wrought iron rings hammered deep into either end, is to view three millennia of history. It can be a profoundly moving experience to those who know not only its rich history, but also the great promise it symbolizes for the future of humankind.

As Gerald Flurry wrote, “How utterly astounding that most people are ignorant of the throne’s history and prophecy. Jesus Christ is going to sit on that throne when He returns.”

How the Throne Came to Britain

Yet, as Queen Elizabeth’s diamond anniversary celebration peaks in June with all the usual British pomp and pageantry, don’t expect any public reference of this awesome heritage.

Herbert Armstrong documented that heritage in The United States and Britain in Prophecy, a book read by millions around the world.

In that book, Mr. Armstrong wrote about the Prophet Jeremiah’s travels from the Middle East to Ireland: “[I]n 569 b.c. (date of Jeremiah’s transplanting), an elderly, white-haired patriarch, sometimes referred to as a ‘saint,’ came to Ireland. With him was the princess daughter of an eastern king and a companion called ‘Simon Brach,’ spelled in different histories as Breck, Berech, Brach or Berach. The princess had a Hebrew name Tephi—a pet name—her full name being Tea-Tephi. …

“This royal party included the son of the king of Ireland who had been in Jerusalem at the time of the siege. There he had become acquainted with Tea-Tephi. He married her shortly after 585—when the city fell. Their young son, now about 12 years of age, accompanied them to Ireland. Besides the royal family, Jeremiah brought with them some remarkable things, including the harp, an ark, and a wonderful stone called ‘lia-fail,’ or ‘stone of destiny.’ …

“[A] strange coincidence—or is it just coincidence?—is that many kings in the history of Ireland, Scotland, and England have been coronated sitting over this stone—including the present queen.”

In a.d. 1296, King Edward seized that stone and took it to London, where it resided for centuries in Westminster Abbey. In 1996, after 700 years, the British government returned it to Scotland. Gerald Flurry made this observation at the time: “John Major, the prime minister of Britain, decided to send ‘the stone of destiny’ back to Scotland. Queen Elizabeth was required to and did give her approval. This has created quite a furor in Britain. The decision has captured media headlines around the world. The most amazing part of this story is the lack of understanding. Newspapers and magazines label it ‘the stone of destiny.’ But I haven’t read one story where they explain what that means! Why it is called the ‘stone of destiny’ is the most amazing story on this Earth!

“Jeremiah probably knew more about the ‘stone of destiny’ than any prophet called out of this world. He personally delivered the stone all the way from Jerusalem to Ireland. He was one of three prophets chosen from the womb (Jeremiah 1:5). John the Baptist and Jesus Christ were the other two. That puts him in very good company!

“That should give us some idea of the importance of this stone. What a prestigious messenger God used to deliver it to Ireland! This stone is a part of the very throne Jesus Christ is to sit on when He returns to this Earth (Luke 1:30-33). It represents salvation to the whole world! The world cannot even imagine the great destiny of this stone! What a past! What a future! I believe this stone is the most precious physical thing on this Earth” (Philadelphia Trumpet, August 1996).

But that confusion was inevitable once Britain lost its tenuous hold on the truth some of its leaders—including Queen Victoria—once knew. It no longer knows the true origins of its own nation, of its venerable monarchy or of all its national blessings.

This is the confused nation over which Queen Elizabeth rules today. She was crowned during the great postwar reconstruction period, and she celebrates her jubilee during a period that threatens to deconstruct the United Kingdom. Her kingdom is caught in the tightening grip of a Teutonic technocracy intent on reducing it to a mere division of regions ruled from Brussels/Berlin. Rome is rapidly homing in on its claim to “Mary’s Dowry,” the once green and pleasant land of England.

What has happened to the once mighty empire of Victoria’s era? Why did it happen? Was it always destined to shrink from imperial greatness and become a vassal state of the European Union? Was the loss of its proud sovereignty inevitable? And what is Britain’s ultimate fate? Will it ever rise to greatness again?

Believe it or not, the answers to all these questions are readily available in your Bible—in surprising detail!

In this year of Queen Elizabeth’s Diamond Jubilee, every British subject needs to know those answers. This truth contains a great warning to her peoples: A devastating fate awaits their nations, because they have rebelled against the God who gave them their blessings and established their throne!

Yet this truth also contains great hope for the future of those nations, especially for those individuals who acknowledge their national and personal sins, and repent before their most merciful God!

If you are of such a mind, then request your free copy of The United States and Britain in Prophecy and also our booklet The Key of David. Together they will lead you to the awe-inspiring truth behind that noble monarchy, that throne, and that stone of destiny!