Silencing dissenting priests, clamping down on errant nuns—Pope Benedict XVI is pointing the way forward for the Roman Catholic Church. 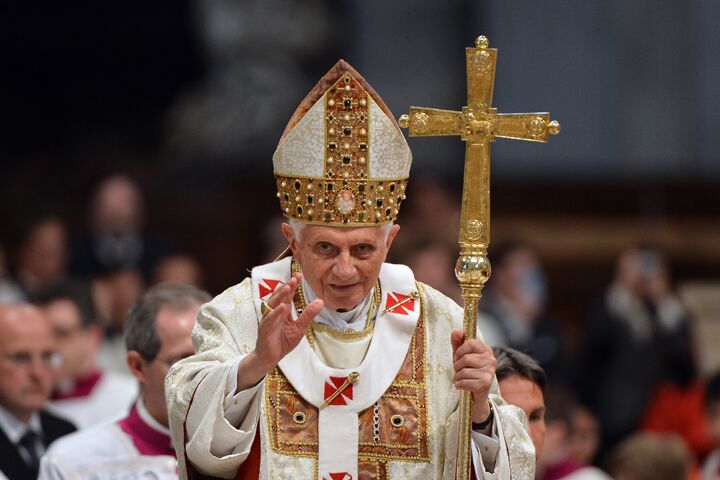 Silencing dissenting priests, clamping down on errant nuns—Pope Benedict XVI is pointing the way forward for the Roman Catholic Church.

When he became pope in 2005, the German-born Joseph Ratzinger was expected by liberals and conservatives alike to be a tough authoritarian. After all, he was the church’s chief doctrinal enforcer, head of the organization once known as the Inquisition. He was the “Panzerkardinal”—“God’s Rottweiler.”

Then came seven years of what many perceived as a relatively quiet papacy. Now, though, perceptions are reverting back. In increasingly obvious ways, Benedict’s Rome is snuffing out dissent, stamping out liberalism and enforcing its brand of conservative Catholicism. Headlines are becoming common about the reemergence of the “real Ratzinger” and the “Return of the Rottweiler.”

These muscular moves point to the Roman Catholic Church’s future—and are more deeply significant than you probably realize.

How to Celebrate a Seventh Anniversary

During his “Holy Thursday” homily, the pope publicly rebuked a prominent group of hundreds of dissident priests and deacons in heavily Catholic Austria. These church leaders had issued a “call to disobedience,” openly supported women’s ordination and opposed priestly celibacy. Benedict had had enough. In what Reuters called “an unusually direct denunciation,” the pope told the group that “We preach not private theories and opinions, but the faith of the church.”

The Vatican also announced it was investigating a handful of Irish priests for their liberal views. One priest was banished to a monastery; others are being censored; another who has been openly critical of the church’s mishandling of child sex abuse scandals is no longer allowed to print articles.

On April 18, the Vatican released a stingingly corrective eight-page “doctrinal assessment” of the organization representing most of America’s 57,000 nuns. Four years in the making, the report accused that group, the Leadership Conference for Women Religious (lcwr), of “corporate dissent” and corruption by “radical feminism.” The Vatican made clear it will forcefully correct the group’s “serious doctrinal problems.” The report berated the nuns for broadcasting discussions about the ordination of women and ministering to homosexual people. It also lambasted them for, on the one hand, devoting excessive time to “promoting issues of social justice” while, on the other, neglecting to comment on “issues of crucial importance to the life of the church and society,” such as homosexual “marriage” and abortion. Now, the lcwr will essentially be on probation for up to five years as conservative bishops scrutinize its practices, supervise its meetings and investigate its ties to various politically active groups.

Predictably, in a libertine world deeply hostile to authority, such moves generate a lot of backlash. (Especially among independent-minded Americans: They called the crackdown on nuns heart-breaking, stunning, mind-boggling.) The pope doesn’t care. He is making his stand and daring people to challenge him—stepping out and castigating his critics for being out of step.

Pope Benedict continued his offensive in early May. As several American bishops visited Rome, he told them not to stray from Catholic teaching and reminded them to make sure their teachings are approved by the Vatican.

He then strongly rebuked America’s Catholic academia. Catholic colleges and universities have defied the Vatican and Catholic authorities for years. Many have invited dissenting Catholics or even vocal opponents of the church to speak. For years many have been violating a mandate set up by John Paul ii that requires them to appoint only theology teachers approved by the local bishop. “Catholic identity, not least at the university level, entails much more than the teaching of religion or the mere presence of a chaplaincy on campus,” the pope said. “All too often, it seems, Catholic schools and colleges have failed to challenge students to reappropriate their faith.” Benedict wants Catholic schools to get a lot more Catholic—and fast.

Meanwhile—in fact, on the very same day it cracked down on the lcwr—the Vatican revealed that it is about to strike a deal with a fringe group of disassociated ultra-traditionalist Catholics that could bring them back into communion with Rome. This controversial group, Society of St. Pius x, broke away two decades ago out of opposition to liberal changes in the church that followed the Second Vatican Council—and the pope wants them back.

The simultaneous clampdown on liberal American nuns and embrace of ultra-conservatives is a telling sign. As the National Catholic Reporter wrote, “In tandem with Benedict’s 2009 decision to welcome traditionalist Anglicans, it’s tempting to conclude that his policy amounts to accommodating dissent on the right and squelching it on the left” (emphasis added).

To coax the Pius x Catholics back, the pope is offering to reinterpret the Vatican ii changes, which have been a key part of the church’s relative liberalism in recent years. While the pope sees some of the Vatican ii reforms as important to help draw protesting Christians back into the fold, other aspects he’d like to be rid of.

Even appealing to disgruntled Anglicans helps the pope pull the church to the right. These Anglicans are more conservative than many of their English Catholic colleagues. A flood of new Catholics who are adamantly opposed to homosexual “marriage” and women bishops is exactly what the pope needs to reform the Catholic Church in England.

The pope is personally involved in that initiative. He donated $250,000 to the UK Catholic organization that has been set up to receive defecting Anglicans, the Personal Ordinariate of Our Lady of Walsingham. The group has come out of the Anglican Church with little to no property or funds, making the pope’s donation a key lifeline.

These funds could make the church grow much faster. Once members see that they won’t be absorbed into a Catholic congregation but will instead be able to worship with former Anglicans in their own buildings, many more may be willing to make the move. And much more of the clergy would be willing to jump if they knew the ordinariate had the money to pay them.

At the start of his papacy, Joseph Ratzinger quietly appointed men of like mind to key posts. In parts of the church—Britain, for example—liberalism was firmly entrenched. With these key offices now filled with Benedict’s men, he is going for a wider reform of the church—and doing so quite aggressively.

Looking at these events, the National Catholic Reporter drew this conclusion: “The ‘German Shepherd,’ it would seem, still has some bite.”

On one level, anyone sickened or angered by the world’s deplorable moral decline would find such conviction admirable. However, this is not just anyone, or any organization. This is the pope. This is the Universal Church—with a billion believers and nearly two millennia of portentous history behind it.

In recent years Rome has labored to strengthen and fulfill its fundamental missionary purpose: to bring other churches’ teachings in line with Roman Catholicism; specifically, to get them to acknowledge and unite under the authority of the pope. Benedict xvi is focused on reviving the historic imperative of the church’s universality.

To better understand the significance of Rome’s recent assertiveness, one must view it in the context of the church’s historical attempts to establish its global authority. This is a church with global ambition. And frankly, those periods where it has most aggressively exercised its influence have been some of mankind’s darkest.

However, even looking just at this history only provides a partial view. To really see what is taking place, one must also look through the lens of biblical prophecy.

The Roman Catholic Church holds a monumental place in the Bible’s narrative of end-time events. It is described as ascending to once again attain a position of influence such as it has had at several points in its past, uniting with world leaders, summoning armies under the banner of the cross, using its spiritual clout to steer the political and military might of nations into helping it accomplish its goals. Scripture actually portrays this church as a woman sitting on “many waters,” signifying a globalist reign.

It also, shockingly, depicts the church as a beast—but with a twist. It will not appear as a beast: It looks like a lamb—innocent, just and righteous in the eyes of most people. It projects itself as being like the Lamb of God, Jesus Christ. This, however, is the worst possible deception: It speaks like a dragon (Revelation 13:11)—and it is what comes out of the mouth that reveals the true nature of the heart.

You need to prove these prophecies—and believe them. They expose what is truly happening on today’s world scene. They show God’s view of the Catholic Church and other major players on the political and religious stage, and reveal how He is shaping events to fulfill His purposes.

The Vatican’s recent muscularity is only the beginning. Watch closely: This thing is going to grow. Believe it or not, it threatens to shake the world!