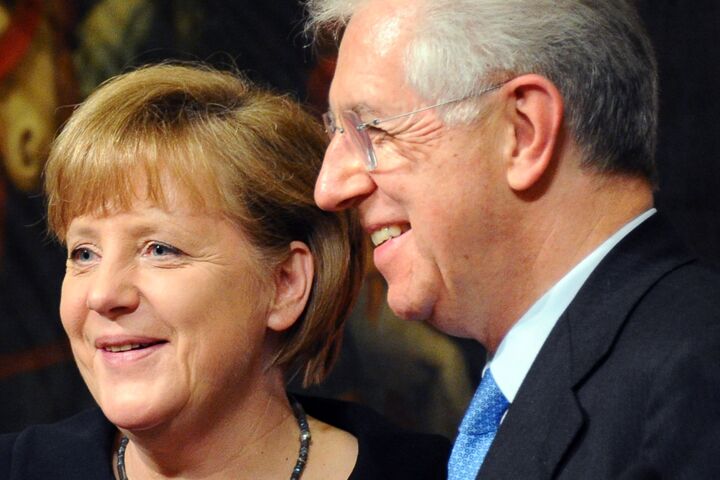 Germany’s chancellor has aligned with Italy’s prime minister. This will strengthen ties between Berlin and Rome.

Last week reports emerged of an alliance between Italy and Germany. This is a harbinger of that final axis that will dominate the European Union from here on.

Presseurop observed: “Angela Merkel doesn’t want to be left alone in the turmoil of the [economic] crisis. With her long-time partner Nicolas Sarkozy on the way out after the first round of French elections, the chancellor is already looking for another ally, and Mario Monti seems to be her choice. German government spokesman Steffen Seibert has revealed that Merkel and Monti’s staff have already met to plan a series of joint German-Italian initiatives to promote economic stimulus measures to be discussed at the European Council in June, La Stampa reports” (April 26; emphasis added throughout).

Readers of the Trumpet would know that we have long expected the weakening of the Franco-German alliance and its ultimate replacement with an Italo-German alliance. This is the “holy” Roman connection with Germany that will inspire the prophesied final rise of the ultimate 10-nation combine set to rule Europe—in reality the seventh and final rise of the Holy Roman Empire.

The Merkel-Monti connection is the resurrection of the historic old Chaldean/Assyrian axis in modern clothes. That “series of joint German-Italian initiatives to promote economic stimulus measures to be discussed at the European Council in June” are but the beginning of a powerful influence that will be exerted soon on the global economy from Rome and Berlin (Revelation 13:16-17).

Watch now for the growing nexus between Berlin and Rome.

Watch for Europe’s chief central banker, Mario Draghi, to play a linchpin role in these “joint German-Italian … economic stimulus measures” that will soon flow from this partnership between Berlin and Rome. Draghi may well give a hint concerning those measures when he comments this Thursday at the upcoming European Central Bank governing council meeting in Madrid.

As we have said before, watch the two Marios—Monti and Draghi—and watch closely for Merkel to be increasingly influenced by Rome in her political and economic outlook. The chancellor has already done a U-turn on economic policy, agreeing now to toe Rome’s line. As Presseurop reported, “Merkel’s fiscal discipline creed came under fire yesterday as ecb chairman Mario Draghi declared that fiscal consolidation cannot be achieved through cuts and taxes alone, and requires ‘structural measures to favor economic growth.’ … ‘While waiting for the French election verdict Merkel paid heed to Draghi, finally coming to a formal acknowledgment that ‘we need growth, to be sustained through structural reforms’’” (ibid). That is a real policy reversal from Merkel’s previously publicly declared stance.

Over time, Sarkozy reverted to being Merkel’s EU lap-dog. Watch now for Merkel to fill a similar role, paying obeisance to Rome.