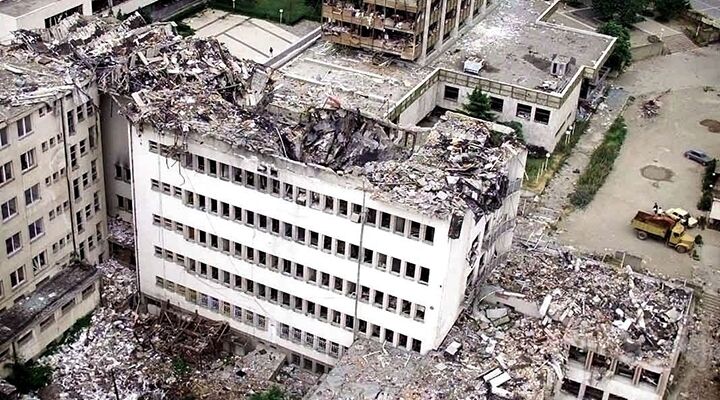 If it’s just as the politicians and the press say, NATO had plenty of chances before this one to act.

From the May 1999 Trumpet Print Edition

Current media spin is false. Nato is not bombing Serbia just so displaced Albanian refugees can return home. If that was the reason, nato would have invaded Croatia four years ago to put an end to “Operation Storm”—when Croatia’s army chased more than 350,000 Serbs out of its territory.

Consider the Croatian town of Knin. Before the war between Croatia and Serbia, which ended in 1995, the city’s population was only 11 percent Croat. After Operation Storm, with the city reduced to half its original size, 71 percent of its residents were Croats. Serbian staff were removed from hospitals, law enforcement agencies and school systems. Even streets were given new Croatian names.

In fact, Carl Bildt, former European Community mediator in the Balkans, calls it “the most efficient ethnic cleansing we’ve seen in the Balkans.”

President Clinton has vowed that all 600,000 Kosovar refugees will be returned to their homes. Four years after Operation Storm, less than 20 percent of the 350,000 Serbs have returned to Croatia. And of those who have, many complain that Croatia is making it difficult to obtain citizenship.

Nato has done virtually nothing to help Serbs return home. In fact, as Trumpet readers are well aware, nato forces actually supported Croatia’s secession from Yugoslavia—at Germany’s insistence—despite the ethnic cleansing and the fact that Croatian fascists helped exterminate more than 700,000 Serbs in World War II. (Croatian President, Franjo Tudjman, has refused to disassociate his country from its fascist past.)

As pointed out in “The Unseen Danger in Kosovo” (page 6), Germany stood against the whole world in 1991 by recognizing Croatia. That, not Slobodan Milosevic, is the reason civil war has erupted in Yugoslavia. That point cannot be overemphasized.

Today, it is that same German insistence, working behind the scenes, which is most responsible for nato bombing raids on Serbia. It might not appear that way, since the U.S. is at the forefront of the assault. But again, if we look behind the scenes, as Stratfor’s George Friedman says, you see the “Germans under the table…playing an extremely aggressive role.”

Nato, the new regional policeman, chose Milosevic as its first target for one reason: because Serbia has historically been an avowed enemy of Germany.