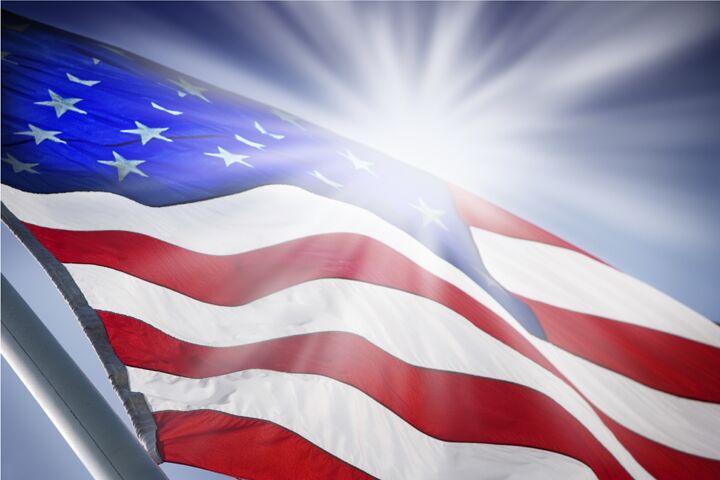 Darkness is descending on the long, historically extraordinary Anglo-American age. Britain, once a globe-girding empire, is now being bullied by a growing European superstate. America, once the greatest superpower on Earth, is economically battered and is losing its global influence.

History teaches that world orders don’t last. They come and they go. This present one is giving way to something very different—and it truly will be the world’s loss.

However, Britain and America’s brightest days are not history. Glowing within their remarkable past is the promise of a far more luminous future.

The British and the Americans have long believed they were duty-bound, even destined, to lead the world. “The glory of the British Empire was its service to a cause that transcended Britain, that transcended history, that transcended time itself,” wrote Kirk Emmert in Winston S. Churchill on Empire. That cause was “to lift human life away from barbarism and savagery towards civilization and human excellence.” Churchill passionately devoted himself to promoting that empire and considered “the fostering of civilization” as its highest purpose. “Empire civilizes both the ruled and their rulers,” he wrote.

The United States’ founders sought to establish a lasting beacon of liberty and democracy to the nations. Lyman Beecher said the nation was “destined to lead the way in the moral and political emancipation of the world.” Lincoln said America must ensure “that government of the people, by the people, and for the people shall not perish from the Earth.” Since its entry into World War ii, the United States has essentially served as the guarantor of peace in the world.

All such human efforts are imperfect. But until recently, the fruits of the Anglo-American effort to benefit mankind have been more sweet than bitter.

Bible prophecy reveals that there is an awesome reason for this—one that points back to ancient history, and yet illuminates an inspiring future. You can read about it in Herbert W. Armstrong’s book The United States and Britain in Prophecy (request a free copy). The reason is this: These nations are the modern descendants of ancient Israel!

The Bible shows that Israel was given a great responsibility. God chose this nation to represent Him, and to set an example for the rest of the world! Biblical history and prophecy show that God still intends for Israel’s descendants to fulfill this glorious purpose.

There is an outstanding example of this in Jeremiah, which was written for the “end time.” Chapter 13, verse 11, describes God wearing the nation of Israel, like a man wearing a waistcloth or belt as a handsome ornament. “Here is the big overview. God created the tribes (later nations) of Israel for an incredible purpose,” Trumpet editor in chief Gerald Flurry writes. “They were created to be ‘a praise, and a glory’ to God. The nations of Israel were to cause the whole world to praise and glorify God!” (Jeremiah and the Greatest Vision in the Bible; request a free copy). This waistband was linen, just like the garments of Israel’s priests, which were made “for glory and for beauty” (Exodus 28:2). The nation of Israel had a priestly calling (Exodus 19:5-6), which means a responsibility to serve other nations and point them to God. Israel was like a priestly garment worn by God Himself!

Yet look at what God was illustrating here. God told Jeremiah not to wash the waistbelt (verse 1), and to even stick it into a rock beside the river for a time until it was ruined and unusable. God was vividly depicting how Israel failed in its beautiful calling.

Yet notice: Verses 9-10 also apply to Israel’s modern descendants, nations God condemns for arrogance, evil, disobedience, self-will and idolatry. They became worthless to God, and God says He will dispose of these rebellious nations like a rotten girdle.

When John Winthrop spoke of America as a “city on a hill” in 1630, he issued a warning based on prophecies such as this: “We must consider that we will be as a city upon a hill. The eyes of all people are upon us, so that if we deal falsely with our God in this work we have undertaken and so cause Him to withdraw His present help from us, we shall be made a story and a byword throughout the world.”

This is where Britain and America find themselves today—and it is going to get worse. The sun is setting on Anglo-American dominance. And when these nations fall, the world will plunge back into the blackness of barbarism and savagery.

However, the Bible that prophesied this fall also prophesies that Britain and America’s brightest days are yet to come. Jeremiah 33 depicts a time yet future, after America and Britain have endured a nightmarish tribulation intended to correct them for their sins. It contains God’s promises to restore to them fantastic prosperity—and make them a positive example. They will become “a praise and an honour before all the nations of the earth” (verse 9).

God is promising not only to restore these nations to fantastic prosperity—but also to help them become the positive example they have always struggled and failed to be. But it won’t be Pax Americana or the British Empire these peoples will be promoting—but the peace of God, and the Kingdom of God. The King of kings will lift all human life toward civilization and excellence, and Britain and America, finally, will submit to Him—and become the beautiful, godly ornaments they were always intended to be.