The stage is set for Vladimir Putin to take on a new role. 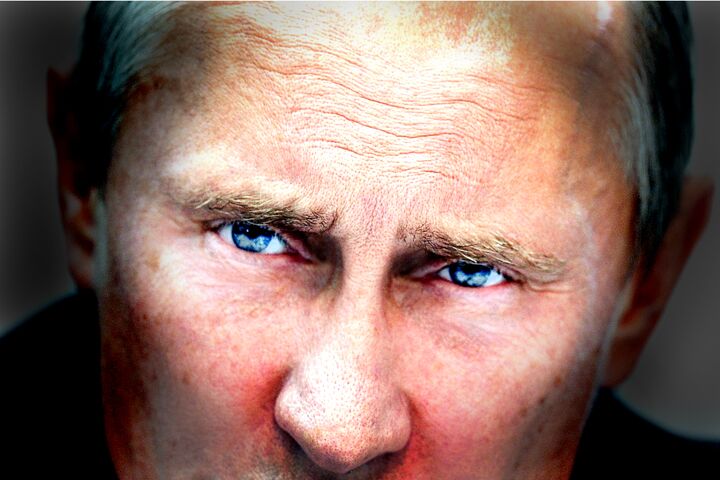 The stage is set for Vladimir Putin to take on a new role.

The final count had Vladimir Putin crushing all his rivals with 63.6 percent of the March 4 vote for Russia’s president. Yes, he rigged the elections a little. After all, it is Russia. There, even if a strongman’s victory is certain, he still pulls some levers behind the scenes, if only out of political tradition. But monitoring agencies agree that, even without cheating, Putin would still have garnered about 53 percent of the vote—placing him head and shoulders above the second-place contender’s 17 percent.

Thus, Mr. Putin has made his rule of Russia official once again, and Russians, by and large, are happy about it. But that doesn’t mean that Putin is returning to the Kremlin exactly as he left it.

At his victory rally in Moscow Square, Putin gently wept (his spokesman insisted his tears were the result of wind, not emotion) as he spoke to multitudes of flag-waving citizens. He said their decision to reelect him was “a sign of Russia’s growing political maturity.” A few days earlier, Dmitry Medvedev—still Russia’s official president until May—had said Russian “society is growing up.”

Is the Russian bear maturing? Certainly, change is under way in Russia.

When Putin took the reins in 2000, Russia had fallen into chaos after the Soviet collapse and resulting financial crisis; the nation was threatened internally and externally. But the former kgb agent aggressively consolidated the country socially, politically and, above all, economically. During Putin’s eight years in the Kremlin, Russia’s industry increased by 76 percent and investments grew by 125 percent. Real incomes of Russian citizens grew by over 100 percent, and the average salary increased from $80 per month to $640, a staggering sevenfold. The middle class swelled from 8 million to more than 55 million, and the percentage of Russians living below the poverty line fell from 30 percent to 14 percent. Moscow’s oil exports steadily climbed throughout Putin’s presidency, and in 2009, Russia overtook Saudi Arabia to become the world’s top energy exporter.

The advancements were stark, and the nation rallied around Putin as Russia’s “savior,” with many even espousing the belief that he is the heartbeat of Russia.

Constitutional term limits mandated that Putin leave office in 2008, and he officially handed the reins to Medvedev. But he assumed the position of prime minister and remained Russia’s de facto ruler throughout Medvedev’s term. Though most facets of Russian life continued to improve, dissatisfaction with Moscow’s leadership began to emerge in some circles. The dissatisfaction gave way to some dissent, and many pundits have regarded it as evidence that the “savior Putin” days are over.

Is a ‘Slavic Spring’ Under Way?

The dissent became stark in September of last year when Prime Minister Putin and President Medvedev somewhat casually announced that, come election time, they would swap places, returning the presidency to Putin. The anti-democratic nature of the announcement soured the mood of some Russians, and the popularity of Putin’s United Russia party slid. In the December 2011 parliamentary election, United Russia lost its supermajority in the Duma. The week after the vote, demonstrations against alleged election rigging started stirring and coalesced in a December 24 rally of over 80,000 protesters.

Some nations, especially the United States, strive to paint this uproar as evidence that Putin and the Russian bear are weakening. Western groups have openly supported the anti-Kremlin movements, and Western journalists have rushed to interview Russia’s minority of smart, English-speaking, self-confident opposition supporters—while ignoring the less-affluent majority. In one instance revealing the Western media’s exaggeration of Russia’s protests, Fox News “accidentally” aired video footage of fierce riots in Athens, Greece, while reporting on what was actually a peaceful rally in Moscow.

The truth is that the various anti-Kremlin protest groups have never blended into a unified force that could threaten Putin’s reelection. The demonstrators—everything from free-market reformers and radical feminists to unapologetic Communists and far-right ultranationalists—are not at all linked in their ideologies or goals. Despite Western hopes that Russia’s protest movements are signs of a “Slavic Spring,” the hodgepodge is far less like the effectual Middle Eastern uprisings than it is like the flaccid Occupy Wall Street movement.

The Russians who hate Putin are mostly from among the urban elite in Moscow and St. Petersburg, and they loudly criticize him from atop their ivory towers. But the average low-income Russians in Omsk, Dagestan and Chechnya and beyond continue to view Putin as Russia’s savior. They are the silent majority who made their support inescapably clear during the March elections. These politically silent masses have seen their incomes dramatically increase since 2000, and they can’t but attribute their improved standard of living to Putin’s leadership.

Russia is still overwhelmingly supportive of the white rider who lifted the nation from the doldrums of the Soviet collapse. But has that white rider now served his purpose?

A look back through the annals of Russian history reveal that the country operates on a four-phase cycle. First comes a national calamity—usually the result of foreign invasion or poor internal planning. Second, from out of the ruins emerges an idealistic “white rider” ushering in an era of the thing Russians crave most: national stability. Third, after the white rider succumbs to political frustration, he hands the reins of rulership to a dark rider—bent on internal control and external aggression. The dark rider ruthlessly quashes domestic opposition and expands Russia’s unsecurable borders until the overextended empire collapses into the final phase: stagnation and decline. It declines until finally collapsing into the first phase of calamity once again, and so the cycle goes.

Where is Russia in this cycle now?

In the 1990s, Russia suffered great national calamity with the collapse of the Soviet Union. Then, Putin emerged as the heroic white rider to resuscitate the dying bear. But Russia’s changing landscape indicates that the white rider phase is rapidly nearing its end.

Does this mean White Rider Putin is soon to be replaced by another Russian ruler—a dark rider? Or does Mr. Putin have something else in mind?

In 2007, as it became clear that Putin would install a puppet ruler in the Kremlin while he plotted his return to official rule, Stratfor wrote this about the Russian cycle: “Russia’s current white horse period is coming to an end. Putin’s efforts to stabilize Russia have succeeded, but his dreams of Westernizing Russia are dead. The darkness is about to set in. … In particularly gloomy periods in Russia’s past (which is saying something) the white rider himself actually has shed his idealism and become the dark rider.”

These were sobering words in 2007, and much more so now that Putin has confirmed all suspicions that his departure from the Kremlin was temporary and largely artificial.

Even during Putin’s white rider days, his economic sunshine often cast dark political shadows. He restructured Russia’s political architecture to amass his personal power, he created policies whereby the Kremlin can prevent whomever it pleases from participating in politics, and he altered the constitution to expand presidential terms from four years to six—just in time for his next term. Putin is no stranger to corruption, and now the stage is set for him to exchange his white robes for black.

Putin is well aware of Russia’s changing political landscape. It may not be “maturing” as he and Medvedev recently said it is, but it is changing, and he will use the change to his advantage.

In February, Stratfor wrote this of the shift under way in Russia: “[M]uch of the generation now coming of age was not raised under the Soviet Union or during the chaotic years immediately following its collapse. An extremist brand of nationalism has also risen across the country, leading more Russians to have no interest in a balanced government. … Now [Putin] is beginning to form a strategy to deal with the crises in the short term and formulate long-term political and social policies to take into account the shifts in Russia” (February 1).

In 2004, Trumpet editor in chief Gerald Flurry explained that the most significant aspect of Russia’s resurgence would be its catalytic effect on European unification: “A more dictatorial Russian government is coming fast …. That power will be able to challenge Europe when nobody else can, including the U.S. … Russian elections have recently moved President Vladimir Putin much closer to becoming a dictator. This strikes intense fear in Europe. The Europeans still remember how violent Russia was in World War ii, and Russia is a close neighbor with massive piles of nuclear weapons. … The Russian election is triggering a fear that will hasten the uniting of the European Union. The Russian election will cause Germany and other European nations to want a stronger leader. Throughout history, Germany has often sought a strong leader. Bible prophecy says it will do so again—for the last time!” (January 2004).

As Vladimir Putin enters into the Kremlin once again, he does so with more power than any Russian since the collapse of communism. And the stage is set for him to take on a new and much more dictatorial role.

History proves that once a dark rider becomes Russia’s ruler, he uses every possible measure to secure the nation: Domestic challengers are crushed, economic life is completely subjugated to Moscow’s needs, and Russia’s military is built up with the goal of securing and expanding the nation’s borders. Putin has long been working to rebuild Russia’s influence in its former Soviet periphery, and analysts believe his reelection will intensify these efforts. Such moves in Moscow will frighten Russia’s European neighbors and hasten their unification.

Although these trends have sobering implications for the short term, biblical prophecy makes plain that they immediately precede the most hope-filled event ever to occur: the return of Jesus Christ! To understand how today’s headlines about Russia intricately connect to this awesome future, order a free copy of our booklet Russia and China in Prophecy.