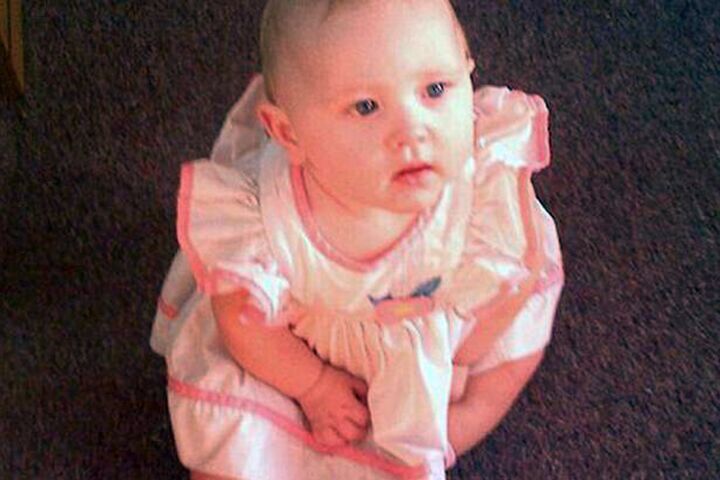 There has to be a reason, and we have to find it.

On Sunday, Angel Babcock died. I was 750 miles away. I didn’t know about it; I didn’t know her. I was just mundanely cleaning out the garage.

Lots of things went in the trash, but one old shoebox survived the purge again. It’s filled with old papers, a few worn photographs and some decade-old newspaper clippings. When I go through that box, I go back.

Back to Washington County, Blue River, and Eastern High, rolling wooded hills, creeks and cornfields. Back down Voyles Road, Highway 60, Shorts Corner and Daisy Line. Back to Pekin. Where Angel lived.

I’m not in southern Indiana anymore, but 11 years later it’s still in me.

It’s hard to find my hometown, online or in real life. You don’t see Pekin—or Borden or Palmyra or Henryville (or even southern Indiana) in the news much. There’s not too much to report in a town of 1,400 people. But Angel—and a monster—changed that.

On Friday, an EF-3 tornado slashed through Pekin, Indiana, and part of me. It hit at 175 mph, snapping trees, throwing over trucks, exploding pole barns and turning homes and lives—and memories—into shredded trails of multicolored debris and pick-up-sticks. Looking at it from an aerial perspective just makes you feel so small. Everything we have and are looks like nothing more than what can be put in a shoebox, and shaken hard.

Joe Babcock and Moriah Brough were there. They lived on Old Pekin Road, near a sawmill I used to see every day from my house up the hill about 400 yards. Joe was 21 and Moriah was 20. The Lanhams, who own the mill, provided them with a mobile home as they tried to get on their feet with a young family of three children. They say Joe didn’t like to talk bad about anyone, Moriah went to church every week, and they absolutely loved their kids: a 2-year-old boy, a 14-month-old girl, and a 2-month-old infant.

When the storm hit, the Babcocks only had time to take their little family and run to their neighbor, Jason Miller, who also lived in a trailer home, but a larger one. They all huddled in the safest place they could find, grabbed hands and began to pray.

Then the tornado hit. It blasted the trailer, picked up Jason, Joe, Moriah, Jayden, Angel and Kendall, and threw them down the road. Jason somehow survived what must’ve been a 50-foot fall with a broken back, shoulder, elbow and ribs.

But the Babcocks didn’t. They found Joe and Moriah near the destroyed mill. They found Jayden under the rubble in a muddy field, not too far from tiny Kendall, buckled in her upside-down car seat. They found the 14-month-old in the mud too—but she was still alive.

Her surviving extended family called her Angel. And Angel’s story is in the Associated Press, the Washington Post,abc, Fox, and even being reported way over in places like England, Vietnam, Indonesia, Turkey, Norway and Australia. It seemed like this newly orphaned baby from Pekin would give us a bittersweet hopeful note. But as her extended family watched, mourning the deaths of her parents, her brother and her sister, she began to succumb to her injuries. Her grandmother had her arm around her as she took her last breath. “I sang to her ‘Itsy-Bitsy Spider,’” she said. And Angel died.

It isn’t supposed to end like this. Andy Lanham found all five family members strewn in the aftermath. Imagine being him. Seeing that. “They [were] good people,” he said. “Nobody deserves it. I hate it.”

We all do. And we’re left all the more empty because there’s no one to hate. Just a mass of air and changes in temperature and pressure. But that’s just the way it goes. We just need to go through the “grieving process”: cry for a while, take comfort in the survivors, praise those who are pitching in to help, rebuild, move on. Without answers.

I don’t accept that. Because this happened to 34 other precious lives on Friday. And more earlier in the week. And more since. And it’s going to happen again. I couldn’t stand it if I didn’t square why something like this happens—and if there’s any hope.

Either we evolved, and that’s it. Or there is a God, and He doesn’t care about us. Or He hates us. Or He’s not powerful enough to stop meaningless death. Or, as a lot of us are compelled to assume, He just lets people die like this constantly for a mysterious reason we can never know, then He takes them to heaven, instead of just creating them up there in the first place.

Or there is another answer.

Maybe God is all-kind and all-powerful—but this isn’t His world. That sure makes sense to me; just look at us. We all want to be our own gods and decide for ourselves what is right and wrong. We don’t want Him to interfere. Maybe He is actually giving us what we want.

But even though we can take control of our lives away from God, we can’t control the weather. God makes it a point to say in the Bible that only He can handle the sun and the rain and the wind. And He says that He uses it, not only to bless us—for obedience—but also to curse us for disobedience so we’ll repent. Could it be that it’s not Pekin or Henryville or Joplin or Christchurch or Qinghai that’s especially evil, but that there is something very wrong with all of us?

God wants—and we need—a much deeper repentance and obedience than we think we are giving Him. That’s why He doesn’t infinitely protect us. And just like His expectations are deeper than we assume, so is His plan for Angel and her family. He is letting their tragedy force us to face unavoidable facts. But the Bible says God will resurrect Joe and Moriah and their family to have that same chance, in a better, more meaningful life. There is hope! And if you believe the specifics in the Bible, it’s certain.

They will live again. We are left to ask—and answer—the life-changing questions they left behind.