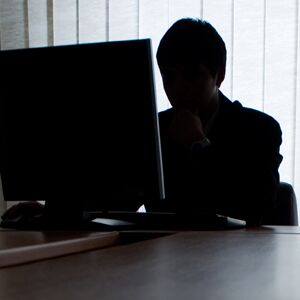 There’s a profound difference between the motives of such as Stratfor’s CEO George Friedman and those who lurk behind the facades of Anonymous, WikiLeaks and VroniPlag.

“As we return to normal operations, we know that the hackers may continue to attack us in other ways, specifically with spam e-mails meant to create confusion and chaos. Unfortunately, this is part of the new reality in which we operate” (Stratfor, February 29).

Well done, Dr. George Friedman and Stratfor for taking a stand against the perverse intimidation of those plagues of our information age, the hackers, the leakers, sundry diggers for dirt and meddling instigators of confusion!

Back in the 20th-century age of print media, especially during the immediate pre-World War ii years and on through that war, the term “fifth column” became fashionable. Encyclopedia Britannica states that “fifth-column activists exploit the fears of a people by spreading rumors and misinformation, as well as by employing the more standard techniques of espionage and sabotage.”

In today’s age of the mass spread of information technology, the fifth column is likely to be comprised of sallow-faced, anonymous, cowardly individuals punching away at a keyboard, dragging a computer mouse across the desk, staring at a video screen. Such deviants are intent on trashing either an organization or its members by hacking into their primary records and sources of information. Simply put, they are common, basic thieves.

In our society it has been a generally respected practice in journalism that one’s sources of information are sacred. Journalists have gone to jail for refusing to identify their sources in some cases. Within the police and security systems of any nation, intelligence gathering has from its earliest beginnings guaranteed the protection of informants.

True statesmen have always honored a basic code of seeking to withhold information that is too sensitive to reveal publicly for risk of harming public morale or for reasons of national security. These we term “state secrets.” I remember conversing years ago with Australian Prime Minister Robert Menzies’s private secretary and asking him what he thought was his boss’s greatest strength as a national leader. He responded, “Sir Robert knew what to tell the people and what not to tell them.”

The general challenge to civilized society today is that the overthrow of certain absolutes that underpin the moral standards of the state has led to an assertion that “transparency” in the exchange of information should govern all—that the nation, its institutions both private and public should bare all before the public, notwithstanding the risks to state security.

But it’s not just this naive, utopianist, liberal philosophy that is at the basis of the actions of the likes of such 21st-century fifth columnists as Anonymous, WikiLeaks and VroniPlag. Theirs is a far more sinister motive. It is the destruction of either individuals, their character, or of whole enterprises whose very existence is at odds with their warped sense of the world.

Where is the logic, let alone the morality, in seeking to expose the “secret” sources and methods upon which an intelligence-gathering enterprise depends for its existence, while the fifth-column perpetrator hides behind a mask refusing to identify itself, its own methods or its sources?

This is a classic hypocritical double standard.

Not only that. The “revelations” of fifth-column propaganda—a mixture of truth and error classically designed to confuse the target audience—can lead to the perpetrators being manipulated by enemies of the state so as to greatly damage national security.

Time was when giving aid or comfort to the enemy was considered a treasonous act punishable by death.

Now the official “leak” has become an integral part of our increasingly corrupted systems of government, business, banking and politics. The definition of what actually constitutes an act of treason against the state has been greatly blurred.

In our research for various articles for the Trumpet, we have freely used and quoted from information disseminated by Stratfor since the 1990s. I have had the privilege of meeting George Friedman and his charming wife, Meredith (a fellow Aussie), on more than one occasion, interviewed Dr. Friedman on camera in his Austin offices, and participated in a panel discussion with him also on camera at the same location.

We published Stratfor’s exposé of the Kosovo “massacre” in the Trumpet in 1999. At Herbert W. Armstrong College, in our International Relations class, we freely use Stratfor’s well-researched material.

The Trumpet news staff draws on the best of available private intelligence and media sources to keep informed on the real news of the day. Among these sources we rate Stratfor up there with the very best.

Herbert W. Armstrong College is first and foremost a character-building institution. If there’s one thing we admire in a human being it is sterling character. Character of a type that will look adversity in the eye and face down those who seek to destroy rather than to build up.

Stratfor has worked to build good sources in many countries around the world, as any publisher of geopolitical analysis would do.We are proud of the relationships we have built, which help our analysts better understand the issues in many of these countries through the eyes of people who live there.We have developed these relationships with individuals and partnerships with local media in a straightforward manner, and we are committed to meeting the highest standards of professional and ethical conduct.

The “highest standards of professional and ethical conduct”—the extreme opposite to the tawdry behavior of its attackers, who, as Friedman correctly observes, are guilty by their words and actions of acts of “a deplorable, unfortunate—and illegal—breach of privacy” (ibid).

I for one will not be digging around in any of this information stolen from Stratfor and published by any arm of the press or mass media. They will publish to their shame.

The Trumpet is a magazine of integrity, committed to publishing the plain, unvarnished truth. We support both individuals and enterprises of upstanding character which contribute something of real worth to society.

From our personal experience, Stratfor’s ceo George Friedman and the organization which he leads are both in that category.

Shady, cowardly organizations such as Anonymous, intent solely on destroying legitimate enterprises, or those motivated with the intent of destroying a person’s good name and character such as VroniPlag, or on stealing and publicizing sensitive government data such as WikiLeaks, are a blight on society.

They need to be condemned and dealt with as such.