A solemn warning from one of America’s greatest leaders. 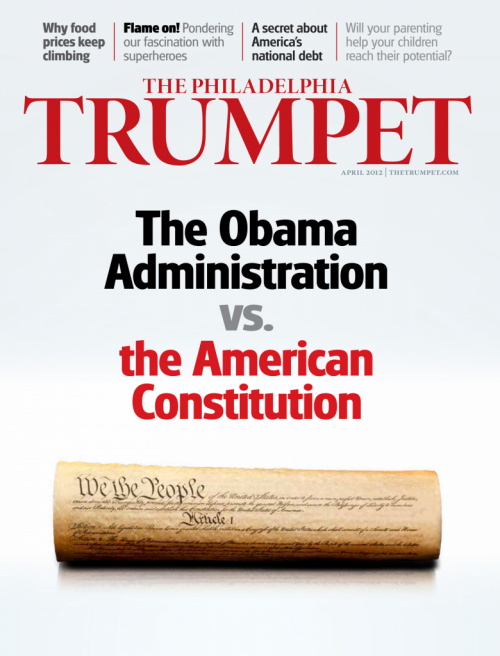 In 1838, when he was just 28 years old, Abraham Lincoln delivered a groundbreaking speech in Springfield, Illinois, titled “The Perpetuation of Our Political Institutions.” Here was a young man, less than a decade removed from his teen years, delivering a powerful warning to America—boldly telling the fledgling nation what it needed to do in order to survive.

He began the speech, also known as the Lyceum address, by expressing praise and thanksgiving for the stupendous blessings God had bestowed on this land. “We find ourselves in the peaceful possession of the fairest portion of the Earth as regards extent of territory, fertility of soil, and salubrity of climate,” said Lincoln. He reminded Americans that they also owed a debt of gratitude to their ancestors—the “patriots of seventy-six” who helped establish and build such a powerful nation.

Given these unprecedented benefits and blessings, along with the fact that the United States was barricaded between two massive bodies of water, Lincoln could hardly conceive of any great danger ever coming from abroad to threaten the existence of the United States.

The real danger facing America, Lincoln warned, was the lawless spirit he believed to be spreading from within. In fact, it was several incidents of mob violence in America that angered Lincoln into preparing his Lyceum remarks.

“I know the American people are much attached to their government,” he said. He firmly believed that most people in his day were prepared to sacrifice and even suffer for the good of country. But if the rebellious element wasn’t stamped out, this hostility toward the rule of law would spread and it would eventually divide the nation and threaten its very existence!

The law is the law, Lincoln insisted. There may be some bad laws, he explained. And once they are discovered, they should be immediately repealed, according to the guidelines set forth in the Constitution. But until changes could be lawfully enacted, the laws of the land—whether good or bad—had to be obeyed, Lincoln strongly maintained. The government was responsible for strictly enforcing these laws. And every American—citizens and leaders alike—was duty-bound to obey the law of the land.

“Let every man remember that to violate the law is to trample on the blood of his father, and to tear the character of his own, and his children’s liberty,” Lincoln said. “Let reverence for the laws be breathed by every American mother to the lisping babe that prattles on her lap—let it be taught in schools, in seminaries and in colleges; let it be written in primers, spelling books and in almanacs—let it be preached from the pulpit, proclaimed in legislative halls, and enforced in courts of justice. And, in short, let it become the political religion of the nation; and let the old and the young, the rich and the poor, the grave and the gay, of all sexes and tongues, and colors and conditions, sacrifice unceasingly upon its altars.”

Just before making those powerful remarks, Lincoln urged all Americans to look to and follow the example of the Founders—those who pledged their lives, their fortunes and their sacred honor to uphold and to defend the rule of law.

Now look around. Where in America today do we find that kind of reverential respect for the rule of law? Where are the courageous leaders who faithfully uphold and defend the law of the land? Where are the ones who would defend the integrity and the humility of the Founders? The leaders of 2012 see the Founding Fathers as obstacles in the way of the progressive agenda. They barely even blink as they publicly denounce the very document they have sworn to promote and defend!

A nation at war against the rule of law cannot last. This is the sobering warning young Lincoln wanted to pass on to the men at Lyceum.

“If destruction be our lot,” Lincoln said, “we must ourselves be its author and finisher.” In other words, if we end in ruin, we have only ourselves to blame. “As a nation of freemen, we must live through all time, or die by suicide.”