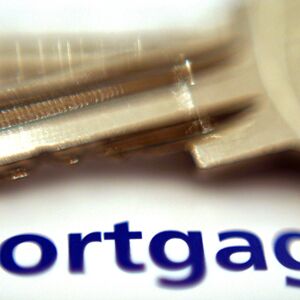 Put your ear plugs in and get ready for a massive explosion.

You have to empathize with people in Canada who want to buy a house. In boom cities like Regina, Saskatoon, Vancouver, Calgary and Toronto house prices have inflated virtually non-stop for more than a decade.

Consequently, it is virtually impossible for the typical person to purchase a home without bankrupting himself in the process. For many families, even with two incomes, buying a house is stretching beyond the breaking point.

In Regina, house prices have almost tripled over the past 10 years. Little 900-square-foot houses on small lots, built in the 1930s, and located in crummy neighborhoods, list for $200,000 or more.

This is Regina—middle of the bald prairie, nothing to stop the wind, more land than you could ever know what to do with, minus-40 degrees Celsius with only eight hours of daylight in the middle of winter—Regina!

If you want to avoid a coronary, don’t even think about buying a house in Vancouver.

In 1999, before the massive run-up in house prices, the price of a home was 3.2 times the average person’s salary. It averaged that for decades. By 2010, the average house in Canada cost 5.9 times the average yearly salary, according to the Globe and Mail.

Now look at your mortgage costs. A 4.5 percent, fixed-rate, 30-year mortgage has a monthly payment of $1,520 per month. Almost half your total income goes to paying just the mortgage. That’s why the mortgage industry started providing zero-down 40-year loans, before the federal government banned them for being too risky for consumers.

Then there are property taxes: Add at least another $500 per month. Property insurance: Another 250 per month.

You haven’t even begun to consider upkeep costs, or home owner’s association fees, and you are already paying $2,520 per month. If you only put 5 percent down, you would be paying $2,970 per month. That would leave you a miniscule $330 per month, all of which would probably be needed to pay utilities.

Talk about being a slave to your house. The average Canadian is forced to spend almost 100 percent of their income just on “ownership” costs! How do people feed themselves?

But how dangerous is that? In the past, if the family breadwinner lost his job, the wife could temporarily get a job to keep the house from being repossessed. Today, if just one person loses their job, the family loses the house.

And Canadians rarely seem to consider the fact that their biggest investment might (read: will probably) go down in value.

Falling house prices is an idea that many Canadians laugh at. Americans laughed too before America’s bubble burst. Now, many Americans are locked into paying mortgages on houses that are becoming worth less and less each year.

Does this sound like the basis for a healthy economy? Indentured servitude for three decades just to see every dollar, dime and penny earned go toward paying for a depreciating asset! If you buy a house today, or if you bought a house over the past five to ten years, that is what you are risking.

And oh, if Canadians do default on their mortgages, banks can not only take the house, but have full recourse to go after all their other assets and income.

Yet Canadians seem more than willing to take the risk. Why? The same reason Americans did. When house prices are going up, it makes everyone rich! A 5 percent yearly gain on $300,000 is a cool $15,000—money that can be tapped through equity lines of credit.

And piling into real estate Canadians are. Offering interest rates yielding only fractions of a percent, the Bank of Canada is practically driving people into real estate.

In Vancouver, so many people are buying houses, second houses and investment houses, that the ratio of home prices to incomes is the highest in the English-speaking world, according to consultancy firm Demographia. The survey labeled it the second-least affordable city in the world! An average house there costs over 10.6 times the average pre-tax income. For further bubble evidence, check out this $1.2 million dump.

In Toronto, the real-estate bubble is so out of hand that the city has 173 skyscrapers under construction. New York, which boasts a population almost four times larger, is only building 96.

Since America’s housing bubble popped in 2007, Canada’s house prices have risen an astounding 22 percent. That has to be the definition of insanity—piling into the very investment that made your neighbor and most important economic partner virtually collapse.

But perhaps the biggest sign of a Canadian housing bubble is debt! Rising debt is the gas that fuels all bubbles. The average debt burden of Canadian families stands at a remarkable 153 percent of disposable income—and growing. It was only 150 percent three months ago. Canadians are now one of the most indebted people in the developed world, and just about as indebted as Americans before their bubble burst.

Based on this measure, the Economist figures the Canadian market is overvalued by over 70 percent. Even U.S. bubble epicenter Los Vegas has only seen house prices fall by 60 percent.

And in a report released last week, cibc argued that the people least likely to be able to afford new mortgages are the ones taking on new debt. One third of debtors hold about 75 percent of all personal debt. And who is this one third? According to cibc, it is boomers nearing retirement and those already burdened by high debt.

Canada’s bubble is getting close to bursting, and when it does, expect a massive economic implosion. Unemployment will soar, banks will fail or ask for bailouts, and the dollar will plunge in value. Millions of Canadians will be left paying a fixed mortgage on a rapidly depreciating asset that will destroy their financial lives.

Five years following the popping of America’s housing bubble, Canadians may be about to wish they had learned a lesson. Get your ear plugs ready.