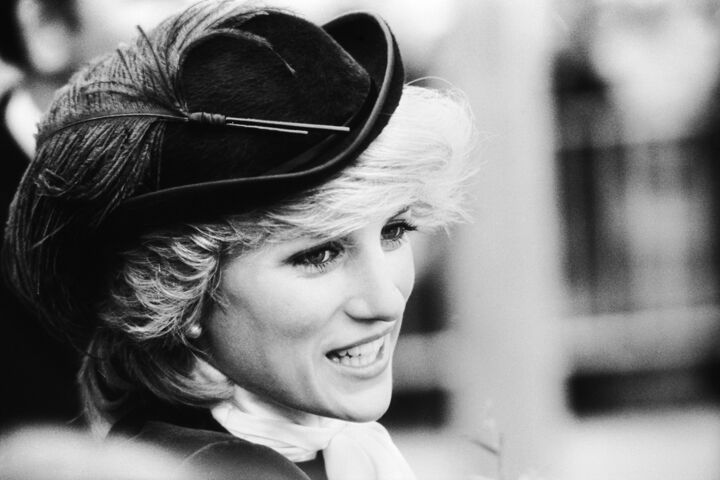 Leopold de Rothschild, Lord Spencer and Prince Charles round out a royal day for the ambassador for world peace.

On May 14, 1983, Princess Diana’s father greeted Herbert W. Armstrong at his home of Althorp. The estate covers 14,000 acres of English countryside and is located in Northamptonshire, Warwickshire and Norfolk. Lord Spencer acted as tour guide through the many rooms of one of the country’s great homes. Later the two posed for a photograph in front of the stately home. The visit was coordinated by Leopold de Rothschild for over a dozen official “friends” of the Royal College of Music, which included Mr. Armstrong.

The following day, Mr. Armstrong and his entourage visited Woburn Abbey, which has for 400 years been home of the Duke of Bedford. Greeted by the duke’s son, the Marquess of Tavistock, his wife, the marchioness, and the Swiss Baron and Baroness Gunsberg of Geneva. Their private tour included viewings of 17th- through 19th-century artwork, a group luncheon, followed by an inspection of unique selections of china, silver and gold artifacts. The abbey visit was concluded by a drive-by viewing of its sizable animal preserve, which included partridge, pheasant, deer and elk.

The morning of May 16, Mr. Armstrong traveled to the coast to Southampton to meet the Prince and Princess of Wales. Here, at the Rothschild Estate, in Exbury Gardens, he enjoyed tea prior to greeting the royal couple. “When Mr. Armstrong was presented, the prince recounted his two previous meetings with the pastor general and explained to Princess Diana who Mr. Armstrong was” (Worldwide News, May 30, 1983).

Thereafter, Edmond de Rothschild led a tour of the rhododendron gardens, which were originally planted by Lionel Rothschild, who had plant varieties transported to England from around the world. The garden walk ended with a special performance by select students of the Royal College of Music and a formal expression of thanks from Prince Charles to the college’s U.S. patrons.

The group attended a special buffet dinner that evening at the home of Leopold Rothschild, which was made even more enjoyable by the informal seating arrangement enabling those in attendance to not only easily converse with each other but also have ease of access to the prince and princess. Mr. Armstrong spoke for 30 minutes with Edmond Rothschild, covering the subject of gardening and the grounds of the former Bricket Wood campus in Hertfordshire, offering the aristocratic gardener a tour of Ambassador College’s Pasadena campus.

He then spoke with Mrs. Solti, wife of the famed symphony maestro. “I understand that the Chicago Symphony is the top-rated symphony in the U.S. Since [Sir Georg] Solti began conducting. They have not yet appeared at Ambassador Auditorium, but I hope to have them perform,” Mr. Armstrong conveyed. Mrs. Solti commented to him, “Everything you have said was absolutely true.” Mrs. Solti assured Mr. Armstrong that she would speak with her husband about appearing at Ambassador.

It was at this time that Prince Charles came to the party’s table. “The prince then conversed with Mr. Armstrong for 20 minutes, speaking mostly of education. The prince asked questions about Ambassador College, and Mr. Armstrong explained the history and goals of the college” (ibid).

At the time, Prince Charles was the president of the World Colleges, whose objective is to foster peaceful unity in bringing many young students around the world to one campus environment. Britain’s Lord Mountbatten, Jordan’s Queen Noor and South Africa’s Nelson Mandela have all presided in the college’s presidential office. At the time, the World Colleges had six campuses, with around 25 percent enrollment from the host nation and the remainder of enrollment from internationals. Today, they boast colleges in 13 countries. At the 1983 meeting, Prince Charles invited the pastor general to visit the campus in Montezuma, New Mexico, which even today remains an active part of the World Colleges.

After the royals departed, the Rothschilds bid Mr. Armstrong farewell and Leopold Rothschild presented him with an autographed copy of the book Exbury Gardens. He then returned to the Dorchester Hotel in London to reflect upon what had been a most uplifting, successful, royal occasion.

At the time of the royal wedding in 1981 Mr. Armstrong ensured the couple graced the cover of the mass circulation Plain Truth magazine reaching its millions of subscribers worldwide. He penned its feature article, “Britain’s Last Gasp of Joy and Splendor.” He recounted how the British throne and House of Windsor were directly descended from King David and that Jesus Christ, the son of David, would soon return to sit upon that royal throne that has been God’s all along.

Mr. Armstrong died before the world witnessed the collapse of the royal marriage and its very public divorce and subsequent sudden death of the princess. However, he did foresee problems as he recalled her removal of the word “obey” from the marriage ceremony.

Today, our editor in chief continues the royal legacy of Herbert W. Armstrong, leading in preaching, publishing and proclaiming the very law of God and explaining how today’s sufferings are destined to culminate in the prophesied Great Tribulation as a result of mankind’s lack of obedience to their Creator. Yet, within that message, he also emphasizes the great hope for mankind and the supremely royal rule to come as implemented by the royal King of all royals, the living Jesus Christ.