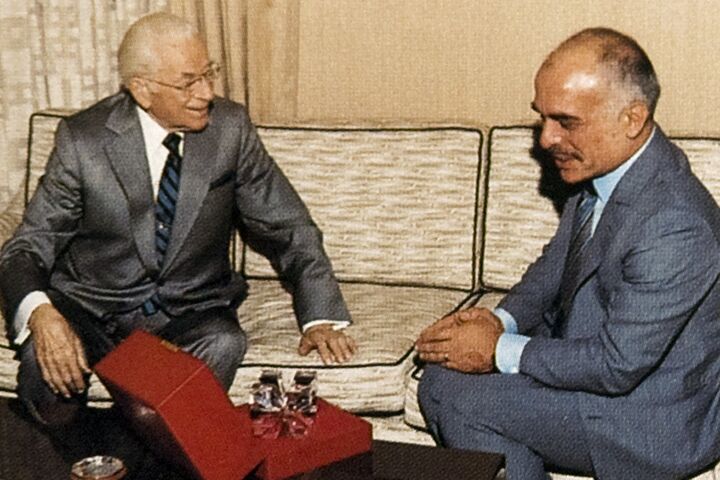 What Pope Benedict, Matt Lauer, Steuben crystal and 60 Minutes have in common with Herbert Armstrong

Last September, Jeff Fager, news chairman and executive producer of cbs’s 60 Minutes, told the Hollywood Reporter that he’d “love to have Matt Lauer at 60 Minutes.” One may ask, what do the pope, Matt Lauer, Steuben, 60 Minutes and Herbert Armstrong have in common that leads us to pull the strings together in this brief analysis?

When those of us aware of the history of that ambassador for world peace, Herbert Armstrong, see Steuben or 60 Minutes mentioned in the news, it brings to mind a particular event that occurred over 30 years ago—the landmark unlawful attack by the state of California in 1979 against the Worldwide Church of God. More so, the renowned 60 Minutes journalist Mike Wallace’s unsubstantiated taunt at Herbert W. Armstrong concerning the attorney general’s false allegations of misappropriation of funds, citing as an example of extravagance the gifting of Steuben crystal to dignitaries and world leaders.

In 2008, longtime Steuben owner Corning sold the company to Schottenstein Stores Corporation, which subsequently dropped the axe on it due to declining sales. Sadly, by November 2011, Steuben had announced its doors were closing for good. Another chapter in America’s once proud history of the production of quality goods, especially of those very few select entities that produced fine arts objects such as created by Steuben, was closed.

“The gift of Steuben leaves an impression that will be valued for years to come,” declares the company on its website Steuben.com, as it features “The Final Sale” under the 108-year premier name in U.S. crystal excellence. In a final acknowledgement of the uniqueness of a Steuben gift, the company points to its century-old commitment: “A gesture filled with generosity, exceptional taste and goodwill, it is the ultimate way to magnify important moments and milestones. At Steuben, we are always pleased to personalize a gift, instilling it with the sentiment, thought and feeling it deserves. We invite you to make every moment beautiful.”

By the time of his death on Jan. 16, 1986, Mr. Armstrong had met with more heads of state and leaders of government than any other man alive. During this time he’d accepted Steuben’s invitation to visit its factory and personally select items for presentation to many of the leaders he met. Over the years, he developed an affinity with the company’s product line, acquiring many unique pieces as gifts to world dignitaries.

A reminder of this came when one of his entourage wrote Jan. 15, 1982, “Friday morning found the group in the Steuben showroom. Mr. Armstrong wanted to obtain more of the ‘Pillar of Griffin’ pieces which he had previously given to many government heads he had met. Unfortunately this piece was discontinued, so he had to make other selections. Since Steuben keeps a list of various pieces already given to heads of state by others, Mr. Armstrong was able to pick up suitable pieces which he individually selected for the heads of state he will be meeting in Hong Kong, Thailand, the Philippines and Japan during his January/February trip” (Pastor General’s Report).

Whether it was the prime ministers of England, India, Israel or Japan, the presidents of Indonesia or the Philippines, the kings of Jordan, Thailand or Swaziland or the emperors of Ethiopia or Imperial Japan, they each received Steuben as a gift of real value from Mr. Armstrong.

From his first meeting in 1968 with King Leopold of Belgium, on through decades meeting with and forming not only lasting associations but even deep friendships with many world leaders, through to his honoring at the 40th anniversary of the United Nations in 1985, Mr. Armstrong consistently applied the biblical principle of giving fine gifts out of respect to high dignitaries. He literally lived the give way of life, and both he and his work were substantially blessed as a result.

Notwithstanding this, the California state attorney general’s perverse attack on the Church, and its founder, resulted in subsequent sensationalist misreporting by 60 Minutes, with Mike Wallace accusing Mr. Armstrong of living a life of opulence, citing as an example the purchase of Steuben gifts.

Addressing such unfounded allegations, Mr. Armstrong wrote co-workers Jan. 28, 1979, “They have tried to treat as ‘extravagance’ such things as the purchase of Steuben crystal—which is about the only type of art object made in this country fitting for presenting to a king, president, or prime minister. Look into your Bible, Matthew 2:11, and see that the wise men presented gifts to Christ as an infant. This was not a birthday present, for it was many days after His birth. But since long before Christ it has been custom to present a gift when visiting a king or head of government.”

President Eisenhower, Martin Luther King and Lyndon Johnson, akin to many of their contemporaries, on down to Pope Benedict, highly valued the gifts of Steuben presented to them by others. But what makes Mr. Armstrong’s giving of the famed crystal so much more important, significant and meaningful?

The message that went along with the gift, and the messenger!

That message was the very gospel of Jesus Christ of the good news of God’s coming Kingdom, and the messenger was none other than the latter-day Elijah prophesied to preach that message to all nations just prior to Christ’s return! (Matthew 24:14).

“Jesus came, over 1,900 years ago, to announce the future Kingdom of God. He’s coming this time to establish that Kingdom,” Mr. Armstrong wrote in his final book, Mystery of the Ages. “That end-time last warning message is now going out worldwide in amplified power. It’s going before kings, emperors, presidents, prime ministers of nations—and to their peoples, on all continents and all nations of the Earth!”

As Steuben crystal closes its doors after more than a century in business, remember the true and lasting legacy of its quality as a most unique gift, as evidenced in its selection by that singular ambassador for world peace without portfolio, Herbert Armstrong. He saw its quality as reflective of the biblical custom of giving gifts of value to those in high office, just as the wise men did to Christ, destined to have the highest office among men (Revelation 19:16). Yet, more important even than these quality gifts, the recipients received a witness of the most valuable spiritual message ever to enter the mind of man, that the Son of God Himself will soon return, as He promised, to restore His government and Kingdom to this Earth!

During those visits, Mr. Armstrong often exhorted world leaders, by his example, to “remember the words of the Lord Jesus, how he said, It is more blessed to give than to receive” (Acts 20:35). Today that spiritual principle is exemplified through the work of this publication and its founder and editor in chief, Gerald Flurry, reminding a dying world of the “gospel witness” of Matthew 24:14, as amplified through Revelation 10:11 and now “prophesied again.”

It’s the most hope-filled of all messages. A message of the absolute assured, most precious gift to man by the greatest gift Giver of all—our heavenly Father. The gift of His most precious Son, Jesus Christ, Savior of the world, to teach all nations the way of give, forever!

Visit www.armstrongauditorium.org for a look at a “polished jewel lifting the human spirit.” Adorned with Swarovski-trimmed chandeliers, Baccarat crystal candelabra, American cherry wood veneers, Spanish marble and Azerbaijani onyx, the hall’s superb acoustics and soaring Swans in Flight sculpture all combine to set Armstrong Auditorium a jewel in the cultural crown of Oklahoma.