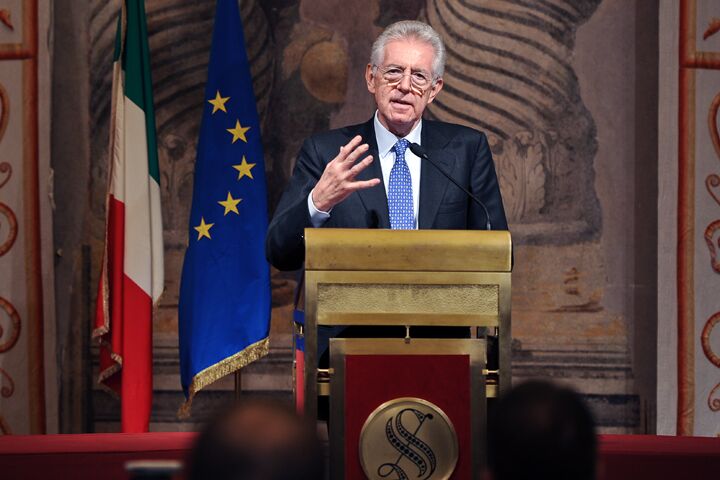 The pope has been quick to endorse technocrat Mario Monti as Italy’s prime minister designate.

“At home in Italy … he is more often referred to as the ‘Italian Prussian,’” writes Spiegel Online (November 14).

“I have always been considered to be the most German among Italian economists, which I always received as a compliment, but which was rarely meant to be a compliment,” Mario Monti said last week during a panel discussion in Berlin.

The son of an Italian banker, he has referred to the postwar German culture as “one of its ‘better exports’—a view which certainly will help Rome’s relations with powerful Berlin as he tackles Italy’s enormous debt and stagnant growth” (Associated Press, November 13).

For some time, the Trumpet has been watching for a closer cementing of ties between three cities—Berlin, Rome and Frankfurt. Why these three? Simply because there’s a powerful prophecy in your Bible that forecasts a time when a dominant northern political power, in association with a great religious power, will exert such excessive control, globally, for a moment in time, that this consortium will literally dictate the terms of global trade (Revelation 13).

We have long warned of that political power being centered in Berlin and the religious power in Rome. But where does Frankfurt figure in this equation? It is the seat of the most powerful central bank in the world, the European Central Bank (ecb).

Now, with a Germano-centric Catholic prime minister designate in Rome, and a Catholic president of the ecb, the economic and financial connection between Rome, the EU ‘s bank and the EU’s leading nation, Germany, is strengthened powerfully.

When you add to that mix a Bavarian pope, it’s easy to see why the Vatican lost no time endorsing the candidature of Monti as interim leader of Italy. “Holy See gives its blessing to Italian PM candidate,” read the headline in Monday’s edition of Italian newspaper La Stampa.

The official Vatican newspaper, L’Osservatore Romano, in lauding Italian President Giorgio Napolitano for his appointment of Monti and noting the president’s appointing him as “senator for life,” described how “various political and other forces … see in him a balance and a wisdom that are exemplary in his guidance through the difficult phase the country is currently going through” (November 11).

Small wonder that Pope Benedict was quick off the mark to throw his papal weight behind Monti’s appointment. Last year, Mario Monti was effusive in his endorsement of the pope’s encyclical “Caritas in Veritate,” claiming that it was a virtual textbook for the operation of a global economy and universal society.

La Stampa reported that as he presented Benedict xvi’s social encyclical in Saint John Lateran, the pope’s cathedral, on Feb. 23, 2010, Monti declared that “The ‘Caritas in Veritate’ document resembles a technical governing handbook for society in which economy plays a fundamental role, as a natural outcome of ethical reflection, and even has the agreement of those who do not share in the Catholic ethical vision” (November 14). Monti used that occasion also to publicly declare himself “to be Catholic.”

Mario Monti is a member of the EU splinter organization called “The Spinelli Group.” That group is committed to establishing a federal Europe based on the Catholic social chapter that underpins the pope’s “governing handbook for society.” Endorsement of that Roman imperialist vision marks Monti out as one of those in tune with the European elites who are in the process at this time of carving up Europe into a continent where the many will become the vassals of the few.

EU elites are playing for high stakes, Holy Roman imperial stakes. With Joseph Ratzinger and Mario Monti joined at the hip in Rome, and the Roman Mario Draghi now heading up the ecb at its Frankfurt home base, the one Roman Catholic name missing from the list to complete the quadrella is the future leader who will one day soon cement the Roman connection with the chancellorship in Berlin.