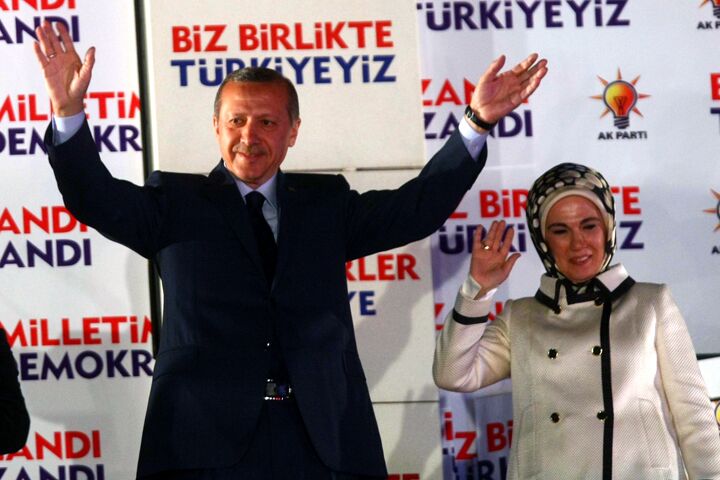 There wasn’t a civil war, and streets weren’t filled with mob riots, but over the last decade a quiet Islamic takeover has occurred in Turkey. This revolution is finally starting to shake up the Middle East.

Much of this year’s international news has been dominated by the revolutions in the Arab world. Dubbed the “Arab Spring” by the West, mass demonstrations and protests erupted all over North Africa and the Middle East. Instead of producing the budding Western-style democracies hoped for by the United States and Europe, a whole host of countries are being turned into radical Islamic satellites of Iran.

But as these sudden, violent, raucous revolutions were taking place in the Arab world, a much quieter, slower-paced revolution was occurring in Turkey.

This revolution had none of the obvious signs. There were no mass protests or civil war, and media agencies didn’t rush reporters into the country to give breaking news.

Neither was it the typical nation ripe for revolution. Turkey’s economy was growing, its gdp per capita was twice that of Egypt’s, and its government was already a functional democracy.

Only a decade ago, Turkey was begging to become a full-fledged member of the European Union; this predominantly Muslim nation was hoping to be accepted by the Christian democracies of the West as one of them. It joined nato, allied with Israel and partnered with the U.S. on the then-called war on terror.

But all that has changed.

Turkey has experienced an Islamic takeover, and the monumental consequences are shaking up the Middle East.

This transformation was solidified on June 12, when the Islamist Prime Minister Recep Tayyip Erdoğan from Turkey’s ruling Justice and Development Party (akp) was elected in a landslide for a third term. Beginning in 2002 when Erdoğan was first elected, the akp-led revolution has successfully turned the secular, military-dominated republic toward its Islamic roots.

This historic change was demonstrated by the one form of protest Turkey did see: the collective resignation of its four top generals on July 29.

In doing so, the once dominant General Staff of the Turkish armed forces (tsk), which had mounted coups and outlawed parties to keep military power strong in the past, accepted defeat in the battle against the akp for government control.

Its lawsuit to outlaw the akp for undermining Turkey’s secular foundations was narrowly overthrown by the courts. Faced without any other options, the four generals collectively resigned to try to throw the civilian government into a crisis. But there was hardly even a reaction.

The failed effort demonstrated “the extent to which the tsk’s control over the political system has waned,” think tank Stratfor wrote. “More important, the akp government’s move to accept the resignations and replace the top generals underscores a massive shift in the balance of power within the Turkish political system” (July 30, emphasis added throughout).

The resignations were a lot quieter and peaceful than the raging mobs in Tahrir Square, but the effect was just as monumental. Another longtime ally to the U.S. and Israel and key nation for stability in the Middle East succumbed to an Islamic takeover.

The revolution started in 2002, but when the tsk threw up the white flag, “at a strategic level the pendulum … swung decisively in favor of the civilian government for the foreseeable future,” Stratfor wrote (ibid).

After being dominated by its military for over 50 years, Turkey’s government finally fell to the control of a civilian political party.

The most important aspect of this shift is not so much who rules, but the ideology by which they rule. Whereas the military was a secular power, the civilians are Islamists and proud of it.

Since Erdoğan’s third election and the resignations, the Islamic transformation has occurred at a quickened and much more dramatic pace. All one has to do to understand is look at the change in Turkey’s foreign policy.

Most importantly, it has abandoned Israel as an ally.

The split between Israel and Turkey began last year when Turkey challenged Israel’s naval blockade of the Gaza Strip—a blockade the UN declared legal this September—by sending an “aid flotilla” to Gaza. When Israel took action to uphold its blockade, several Turks were killed.

Once a strong ally to Israel, Turkey expelled the Israeli ambassador and suspended its military ties with Israel on September 2 when Israel refused to apologize for those deaths.

Still insisting that the blockade is illegal, Erdoğan then announced Turkey would send three frigates to the Mediterranean to escort any aid ships to Gaza in future, suggesting further provocations.

This move is a dangerous escalation of tensions between the two nations. Before, Turkey’s weapon was just fiery rhetoric. Now it is deploying military vessels.

The Middle East is quickly moving toward war, and Israel’s existence is at stake!

But all of that has been turned upside down by Erdoğan and the akp.

In less than a year, Israel has been abandoned by its two key allies in the Middle East. Now hostile warships from Iran and Turkey will be right off its coast, while Egypt is sending more troops to its border with Israel in the Sinai.

Israel is once again being surrounded by hostile foreign armies!

But just as the revolution in Turkey occurred much differently than in the Arab countries, the result of the revolution will also be different. Turkey is no Egypt or Libya. It is a rich nation with the power to challenge Iran, the kingpin of the region and the seat of radical Islamic power.

This can be seen in its vocal criticism of Syria, Iran’s closest ally in the area. Turkey even gave the Syrian President Bashar al-Assad an ultimatum to implement long-promised political reforms and stop suppressing protesters—or else face a Turkish intervention.

Even now, Erdoğan is on a tour of Turkey’s fellow Muslim nations in a bid to strengthen its standing in the Arab world.

Where is this power struggle leading? Why the sudden transformation from a key ally to the U.S. and Israel into a hostile enemy?

Only Bible prophecy can give the answer.

Turkey is identified as Edom in Bible prophecy, and Psalm 83 foretells that Turkey will join an alliance to destroy the tiny nation of Judah, called Israel today, and the end-time birthright Israelite nations, the U.S. and Britain. For more information on this, read the article “A Mysterious Alliance” written by our editor in chief.

Psalm 83 shows that Turkey’s alliance will not be with radical Iran or Egypt; it will be with Germany!

The Bible prophesied that Turkey would eventually betray Israel, and that is beginning to be fulfilled right now. This will be in part the result of the quiet Islamic revolution that has occurred in Turkey over the last decade. However, while Turkey’s recent actions against Israel reveal where its heart lies, Bible prophecy also suggests that the form of Turkey’s alliance with Israel will remain, though not the substance. For more information on Turkey’s prophesied betrayal of Israel and how Turkey’s transformation is leading to that, read “Why Turkey Matters.”