How the Perverse Became the Norm 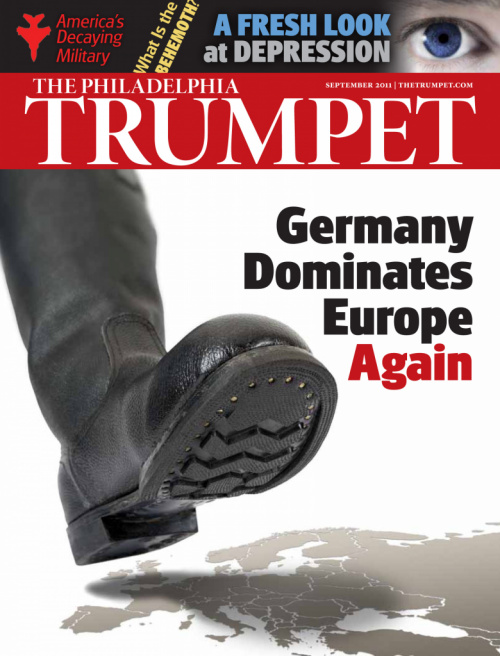 Back around 35 years ago when I was working for the Australian government in Canberra, an academic gave me a research paper purporting to prove that no human behavior can be judged as deviant.

The academic had been a campus child of the ’60s at a prestigious university and had since become a lecturer at Canberra University and an occasional consultant to the government.

In those days, quite a few bright young things were attracted to careers in Australia’s civil service. Many are now the senior bureaucrats who have successfully worked in policy and the judiciary to bend Australian society progressively away from its traditional roots to a far different mindset.

What has happened to Australian society over the past 50 years has also affected the whole of Western civilization over the same period, rooted in the same causes, and destined to have the same results.

Canberra in the ’70s was a heady environment, an atmosphere made especially volatile by the sudden fall of the socialist government of Prime Minister Gough Whitlam, and his replacement by his conservative political enemy, Malcolm Fraser. The fact that Whitlam had been removed from power by the direct intervention of the Queen’s representative, Governor General John Kerr, added to the sense of political intrigue. To the developing cadre of Australian leftists, this was the last straw. Something had to be done to change a system that enabled a monarch’s representative to sack an incumbent government leader. The left railed against both queen and governor general. The new prime minister and the governor general received death threats.

Strategy: Take Over From the Inside

Yet, even under the Whitlam government, changes had already been made to allow for new hires in public service to favor those of leftist thinking. These would become the vanguard in the effort to divorce Australia from the Crown and establish a republican form of government.

One thing I noticed during my six-year tenure in Canberra was the distinct difference between the outlook on life of my contemporaries, born in the war years of the late 1930s and early ’40s, and that of our juniors born in the following decade who hailed from the campus life of the tumultuous ’60s and early ’70s. The most telling difference was morality. Whereas most of my peers working for the government were established family men and women exhibiting a reasonable conservatism in outlook and demeanor, the younger set were quite overt in expressing views geared against the mores of traditional Anglo-Saxon society.

That generation had been brainwashed from elementary school to university into a way of thinking quite foreign to my peers and to me. It was not hard to see why when they opened their mouths. Their language was replete with ideas and phrases drawn from Mao’s little red book, from such leftists as Nietzsche, Foucault, Weber, and the American fads of the time, Ginsberg, Kerouac, Sontag, Leary and others.

What really exposed the brainwashing of those students was the uniformity of the language they used. Almost like a foreign tongue to me, it was deeply socialist, amoral, and aggressively challenging to the old traditional virtues, besides being seemingly deaf to all reason and common sense. The contrast with the language of the traditional Commonwealth education of the ’40s and ’50s—filled with the likes of Kipling, Shakespeare, Locke, Gibbon, Bacon and the Bronte sisters—was stark.

These were the offspring of the “Age of Aquarius,” the decade of the ’60s, which social commentator Roger Kimball describes in his book The Long March as “a synonym for excess and moral breakdown,” a decade of “wrong turns, dead ends, and unacknowledged spiritual hazards.”

As time went on, I realized that this flood of young socialist elites into government institutions was part of a deliberate strategy. Unsuccessful at changing society from outside the general system and order, liberals had changed tactics: penetrate the government and force cultural change on society from within the system.

Kimball describes the revolution this way: “As the ’60s unfolded, attitudes that had characterized a tiny minority on the fringes of culture were more accepted into the mainstream. By the early 1970s, they had become the mainstream.”

This was achieved by institutionalizing the deviance and perversity of the immoral few into mainstream education. Thus began the brainwashing of those who would emerge from the colleges and universities of the West to join what leftist guru Antonio Gramsci termed “the long march,” after the cultural revolutionary phenomenon of Mao Tse Tung’s Chinese regime. German Jewish leftist philosopher Herbert Marcuse describes this leftist strategy as “the long march through the institutions”—actually seeking employment within the enemy, the established institutions of Western society, and initiating a subversive process of “working against the established institutions while working in them.”

This great cultural revolution swelled up from the campuses of the ’60s and ’70s, and has since imposed a cultural tyranny on Western society.

My younger fellow travelers in Canberra during the ’70s were part of this “long march.” They penetrated the establishment from within and worked to overturn every moral bastion on which the greatness of Anglo-Saxon society had been built.

Today we see the results. We see its effect on the caliber of leadership currently orchestrating the Anglo-Saxon nations’ descent to second-power status and worse.

In addition to Kimball and his brilliant exposé The Long March, a number of astute commentators have written on this phenomenon of the massive overturn of traditional Western virtues: Alan Bloom in The Closing of the American Mind, Robert Bork in Slouching Towards Gomorrah, and Gertrude Himmelfarb in The Demoralization of Society, to name just a few. French essayist Alain Finkielkraut, in his book The Undoing of Thought, succinctly sums up the effect of the cultural revolution: “When hatred of culture becomes itself a part of culture, the life of the mind loses all meaning.”

“Two decades [the ’60s and ’70s] have been enough for deviance to become the norm,” Finkielkraut observes. “The long process of the conversion to hedonism and consumerism of Western societies has culminated today in the worship of juvenile values” (emphasis added throughout).

Thus, to use Kimball’s words, the West has been victim of a movement that “tore apart, perhaps irrevocably, the moral and intellectual fabric of our society.”

“The Age of Aquarius did not end when the last electric guitar was unplugged at Woodstock,” Kimball writes. “It lives on in our values and habits, in our tastes, pleasures and aspirations. It lives on especially in our educational and cultural institutions, and in the degraded pop culture that permeates our lives like a corrosive fog.” Amen to that!

Few of us realize the impact that the cultural revolution has had on our lives, from the universal wearing of adolescent T-shirts, blue jeans and flip-flops to the unquestioning acceptance of degraded standards in music, fashion and entertainment, and the dumbing down of news broadcasting to mere cake for the masses.

Deviancy and perversity have become accepted norms in human behavior. What was formerly considered anti-social behavior—the deviant, the perverse, the abhorrent, the illegitimate and the shameful—is now accepted as “normal” human behavior. The law has even been changed to entrench such behavior and protect those who engage in it.

So successful is this cultural tyranny that it has become invisible. As Kimball writes, “Acceptance breeds invisibility, the ultimate token of triumph.”

Now, society has been flipped upside down. Those who hold to the true values and virtues find themselves at odds with overarching public opinion. Those who hold to the once-prevalent, virtuous principles and practices of Western civilization, society perceives as its enemy. To speak the plain, unadulterated truth is politically incorrect. The Ten Commandments are mere superstition, and behavior following biblical standards is condemned as intolerant of other “lifestyles,” no matter how abhorrent.

Marriage, by the definition of its Creator, is a divine institution expressed within the natural union between man and woman, endorsed under a binding covenant till death. The effort to legitimize perverse relationships by bringing them under the definition of marriage through a change in man’s laws is a gross lie. To the Creator of the marriage institution, it is abhorrent in the extreme—so abhorrent that He destroyed two whole cities that were corrupted to the core by such perverse behavior.

That’s the cold, hard truth of the matter.

Sad day for America. But this is what happens when the offspring of the “Age of Aquarius” grow up to replace the policymakers they once despised. All their diligent work to imprint their immorality as the norm on society has successfully shattered the moral core of Western civilization.

As Prof. Lee Congdon declared, “[W]e ought not to treat the contemporary ‘culture war’ lightly; the fate of what remains of civilized life may well be decided by its outcome” (Virginia Viewpoint, September 2005).

It takes a huge lump of intestinal fortitude, commonly called “guts,” to take a stand against such overwhelming efforts to pervert the human mind and blind it to its reason for being.

At its heart, this moral, social and political problem is spiritual. Truly, the human mind is spiritual in essence. It is open to the massive impact of spiritual battering from a very perverse source, an intellect far superior to that of man, and corrupt at its very core in the extreme.

The Word of God reveals that power as “Apollyon,” which means destroyer (Revelation 9:11). Elsewhere he is labeled as “a liar from the beginning and the father of it” (John 8:44). In yet another instance he is revealed as “the god of this world,” who has blinded mankind to reality, to the truth (2 Corinthians 4:4). The liberals of the ’60s did not create this cultural revolution on their own. He was behind it.

Thank God there is a far superior mind that has established ultimate, unchangeable reality (Malachi 3:6), the eternal, universal truths that set the standard for correct human behavior and clearly define our reason for being and the tremendous potential for which we have been created.

If you truly desire to be unshackled from the ways of a society progressively going mad, from a power intent on perverting everything that is truly good, right and truthful, then request our free book The Incredible Human Potential. It will show you the way to unshackle yourself from being slave to those who have “changed the truth of God into a lie” (Romans 1:25)—the way to fulfill your incredible, God-given destiny!