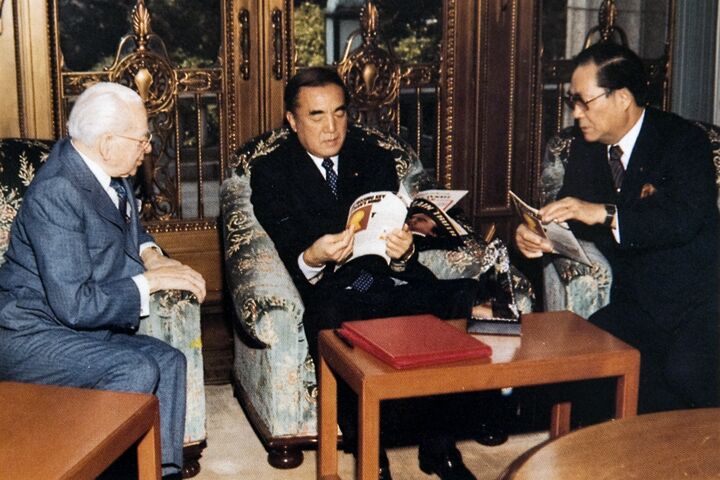 Japan is missing the solutions in the fight for recovery in the wake of earthquake, tsunami and nuclear disaster.

For a people so devastated by the U.S. nuclear bombing of Hiroshima and Nagasaki, Japan made a staggering comeback to leadership among the world’s top economies and global players following World War ii.

While its economy has languished over the past decade and more, its unprecedented recent earthquake, tsunami and nuclear disaster plunged the nation into a state of national crisis. Today, the country is struggling to regain its prestige as a leading global economy. Bloomberg reported June 20:

Japan’s exports fell more than economists forecast in May, adding to signs the world’s third-largest economy may struggle to recover from the March 11 earthquake and tsunami.Exports decreased 10.3 percent in May from a year earlier, from April’s 12.4 percent drop, the Finance Ministry said today. The median estimate of 25 economists surveyed by Bloomberg News was for an 8.4 percent decline. The nation posted a trade deficit of ¥853.7 billion (us$10.7 billion) in May.Shortages of power and parts have disrupted production and slowed overseas sales, prompting Japanese companies including Honda Motor Co. to forecast weaker earnings. Higher unemployment in the U.S. and signs of a deceleration in other overseas economies indicate Japan won’t be able to rely on global demand to pull itself out of a slump caused by the quake.

Is there any way back for Japan? Gripped in meditative thought of greater days of yesteryear, what lessons from the past can this proud and productive people profit from?

Recognized as an unofficial ambassador for world peace, Herbert W. Armstrong was deeply respected by the people and leadership of Japan. For more than a decade, he discussed world problems with Prime Ministers Sato, Tanaka, Miki, Fukuda, Ohira, Suzuki and Nakasone. Twelve high-ranking members of the Diet (Japan’s parliament) regarded themselves as Mr. Armstrong’s “Japanese sons.”

They and other Japanese diplomatic representatives visited Ambassador College in Pasadena, California, which Mr. Armstrong founded in 1947. As president of the Ambassador International Cultural Foundation, Mr. Armstrong partnered Japanese leaders in various cultural projects and exchange programs. The emperor of Japan conferred on him the Order of the Sacred Treasure, Second Class.

Prior to his death in 1986, Mr. Armstrong visited Japan and spoke before the country’s political elite during a joint assembly of the Diet. Following one private meeting with Prime Minister Yasuhiro Nakasone, Mr. Armstrong was the keynote speaker at a formal dinner held in his honor at which many Japanese political and business leaders and a large array of foreign diplomats were present.

Why was the Japanese leadership so fond of Herbert Armstrong? What was the message he delivered to the leaders of that country?

In 1972, Mr. Armstrong related an incident where Prime Minister Eisaku Sato was visiting California to see President Nixon and called for a personal meeting with Mr. Armstrong. Unable to attend because of illness, Mr. Armstrong sent two Ambassador College executives in his stead. Mr. Sato requested during that meeting “that we fly two top members of the Japanese Diet (their Congress) and eight representatives of the Japanese press to our Texas campus for a couple of days, which we did. They had ‘the time of their lives’” (Herbert W. Armstrong, co-worker letter, Feb. 28, 1972).

Thus commenced the warm relationship between these members of the Japanese Diet and Herbert Armstrong.

This relationship continued to solidify and flourish over the ensuing years. On July 21, 1977, he wrote: “Last night was the big night of the visit to Tokyo—a most important banquet with about 150 in attendance, including several high in the Japanese government, with 13 ambassadors from as many countries. Most of my ‘Japanese sons’ … were present. I was guest of honor and main speaker. I did get over to them the good news announcement of the Kingdom of God.”

Here was the real reason behind Mr. Armstrong’s friendship with the leaders of Japan! Those relationships bloomed into wonderful opportunities for Herbert Armstrong to preach the true gospel of Jesus Christ, that gospel of the coming Kingdom of God which Jesus Christ Himself and the original apostles preached! But not only that; here were doors opening for that message of salvation to be heard in the East, among the leadership, the people of influence, in traditionally non-Christian societies—and the message was being welcomed by them!

This was a dramatic fulfillment of Jesus Christ’s prophecy, “And this gospel of the kingdom shall be preached in all the world for a witness unto all nations; and then shall the end come” (Matthew 24:14).

Worn out from a life of total dedication to his commission to preach the gospel to all nations, Mr. Armstrong’s mission came to an end with his death on Jan. 16, 1986. But he had given those increasingly large audiences of the rich and powerful in the East a message of supreme importance—the most vital message for not just the East, but for all mankind! It was the most electrifying announcement that any human mind opened to receive it could ever hear!

At his first large gathering of Japanese leaders in Tokyo, Mr. Armstrong described the message he brought in these moving terms: “I mentioned, first, that I had a very happy announcement to make. … ‘I announce to you tonight, that, in our very present living generation, all nationswill come to live happily and joyfully together in world peace. We will not bring this about ourselves. … One of our great weekly newsmagazines in the United States said in an editorial that it would seem that mankind’s only hope now is the sudden intervention of an unseen strong hand from some place. The editor meant,’ I said, ‘the intervention of God, the Creator of the Japanese people and all the peoples and races of the Earth’” (ibid.).

Here was a message such as never had been heard by such a prestigious audience in the Far East—and it was given with the power and strength of real conviction! Mr. Armstrong continued his speech, “Mankind then will be governed by God’s laws of love—of giving—of helping, sharing, serving. It makes no difference whether you believe that or not. It is sure! It is as certain as the rising and setting of the sun. I have announced it to you. Your ears have heard it! It’s your only hope.”

Thank God that hope is assured, underwritten by the very Word of the One who created man with the potential to obtain an eternal, unfading inheritance in a coming time of eternal peace! (1 Peter 1:3-4).

Japan is the only nation on Earth to have felt the consuming fire of nuclear war! And no other nation in modern times had its leadership so personally impacted by the witness of the gospel message declared by Mr. Armstrong to the extent that Japan did.

Are there still minds in Japan that yet remember that witness? When troubles impact their nation in their increasingly destabilized hemisphere, will they recall that white-haired patriarch who came among them preaching of the coming Kingdom of God? Read Herbert W. Armstrong’s autobiography to learn more about this ambassador for world peace.