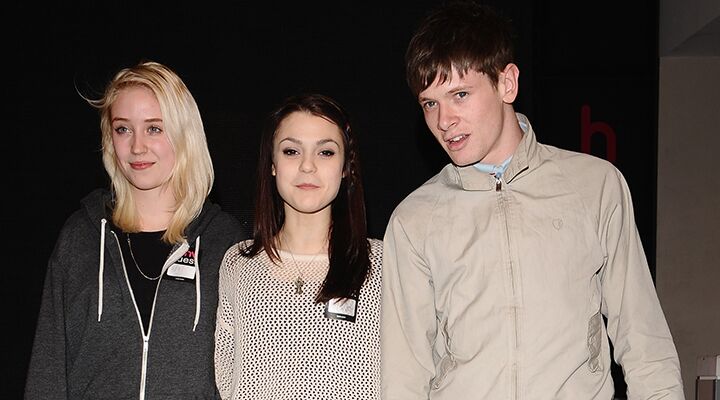 Mtv says its new teen drama Skins “addresses real-world issues confronting teens in a frank way.” The “real-world issue” addressed in its pilot episode? A group of teenagers aiding their quirky, 16-year-old friend in his quest to lose his virginity with the assistance of prescription virility drugs.

mtv assigned Skins a tv-ma rating, and says “the show is specifically designed to be viewed by adults.” If that is true, then its depictions of underage actors engaging in sexual behavior is, by definition, encouraging pedophilia. In truth, though, the show is for teenagers. Among the impressive 3.3 million viewers its first episode drew, 1.2 million were younger than 18.

Bryan Elsley, creator of the show’s original British version, came up with the idea in 2005 when his 19-year-old son Jamie complained that nothing on tv was worth watching. Jamie dismissed all his father’s ideas for tv shows as “middle-class [expletive],” and suggested that his father create a show about teenagers as they really are. Elsley took his son’s advice, and the father-son duo went to work, relying largely on teenagers and those barely out of their teenage years to write the scripts.

For the U.S. version, Elsley employs 30 teenagers as consultants, and frequently solicits feedback from the Skins cult following. Even the show’s musical selections are made by a teenager. “We don’t make this up,” says Eleanor Zichy, a 15-year-old member of the Skins cast. “Sure, some of the experiences are exaggerated—it’s television. But all the material comes from real teenagers.” Does that sound like a series “designed to be viewed by adults”?

One especially destructive aspect of Skins is that, in this surreal teenage dream world, there are no consequences for bad decisions. Skins omits the hangovers, the pregnancies, the arrests and the venereal disease. Teenagers teach younger children to roll blunts. Adolescents are molested by a drug dealer but shrug it off cavalierly. A character almost lethally overdoses and, as she is being rushed to the hospital in a stolen suv, wakes up laughing, in perfect health, ready to return to her drug abuse. When the stolen vehicle careens into a river and sinks, the teenagers all float to the surface smiling. This consequence-free, adolescent fantasy life is a dangerous lie, certain to encourage more teens to try to make it their own reality.

Even worse, it idealizes dangerously twisted concepts of marriage and family, warping viewers’ ability to even properly understand and appreciate these glorious, God-given institutions!

Skins’ British version is far bolder than its U.S. counterpart in depictions of sex, abortion, self-mutilation and drug use, and has aired there for five seasons with virtually no controversy. Fans of the British show have been astonished at the protest in the U.S., and seem proud the uk didn’t get into such an uproar; many lambasted Americans for their prudery. Meanwhile, the uk has the fourth-highest teenage pregnancy rate in the world; one third of British girls have inflicted harm on themselves; one quarter of teenagers describe themselves as depressed, and three of four adults in the uk are afraid of British teenagers.

This show is perhaps the clearest example ever of a trend that educator Herbert W. Armstrong highlighted as far back as 1964: “Who determines what is ‘popular music’ today? The ‘teens.’ … Adolescents determine dancing trends, motion-picture themes, radio formats, and even advertisements and most fields of entertainment!” He spoke strongly against the abdication of responsible adult leadership, and the resultant destructive, sexually charged infusion of immature influence into mainstream culture. As true as Mr. Armstrong’s words rang back in 1964, they have become strikingly more accurate since.

Isaiah 3:12 prophesies that the children of the modern nations of Israel (especially the United States and Britain) would become “oppressors.” In verse 4, Isaiah warns that God will “give children to be their princes,” and that “babes shall rule over them.” The pervasive attitude young people have toward their elders in Western society is one of flagrant disrespect. Skins started with a seed of disrespect by Jamie Elsley toward his father, and the show has blossomed to become a wellspring of parent-resentment and disregard for adult authority.

When Isaiah prophesied that “babes shall rule over them,” he was also condemning the childish manner in which adults are ruling. Think of the immaturity that would lead 45-year-old Bryan Elsley to create Skins, and the myopic mentality of the executives, producers, editors, advertisers and others who brought it to life. Let’s create a show for our teenagers that glamorizes Gomorrah, these leaders have said. Rather than preparing adolescents to become adults, adults are behaving like adolescents.

American and British family life has been devastated by a radical revolution. Skins—and its audience of adults eager to watch raunchy teenagers misbehaving, and teens whose parents are too negligent to protect them from such poisonous material—proves that. But your home and family do not have to be counted among its victims. Moses recorded, in Deuteronomy 11:18-19, that parents must diligently teach children the biblical truths that lead to happy lives. This passage emphasizes that such instruction must be the foundation of a happy home, and that the teaching must be ongoing. This requires self-discipline on parents’ part—increasingly a rarity in modern society. Responsible, concerned parents must make a concerted effort to combat the corrosive influences of a toxic world in the lives of our families.