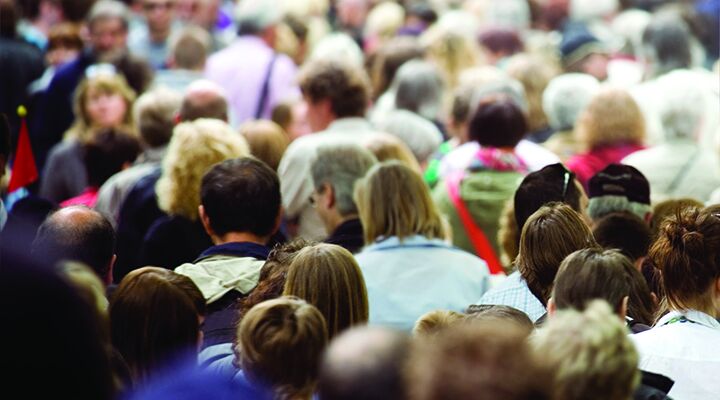 The Philadelphia Trumpet, in conjunction with the Herbert W. Armstrong College Bible Correspondence Course, presents this brief excursion into the fascinating study of the Bible. Simply turn to and read in your Bible each verse given in answer to the questions. You will be amazed at the new understanding gained from this short study!
From The May-June 2011 Philadelphia Trumpet
View Issue FREE Subscription

Among people who believe in God, it is commonly believed that God is desperately trying to save the world now. That He is struggling with Satan to save all mankind now, while the devil is feverishly trying to keep as many as he can “lost” forever.

If God and Satan are in a titanic battle for human lives, and if God is as all-powerful as the Bible reveals, then why are two thirds of the people in the world non-Christian? And why have billions already died without ever having had a chance to be saved?

Many people have grieved over dead loved ones who had never “professed Christ”—perhaps over one who was a terrible sinner; perhaps over one who lived a “good” life but never became an active church member. Still others grieve because they are not sure whether some loved one died “saved.”

The teaching that a person is either saved or lost comes from the assumption that God is trying to save the world now—that the mission of the Church is to save mankind now—that this is the “only day of salvation.”

If you believe any of these things, can you prove them from the Bible? Let’s examine what Scripture reveals. It may be very different than what you think!

Jesus Hid the Truth About Salvation

Shocking as it may sound, God does not intend for everyone to understand His truth at this time! If He did, they would understand!

But at the same time, God is no respecter of persons (Acts 10:34). Everyone will ultimately be called and given an opportunity to receive salvation! God is absolutely fair!

Let’s understand the truth about God’s plan for the salvation of mankind!

1. Who is the god of this world? 2 Corinthians 4:4. Has he blinded people to God’s truth? Same verse. Has he indeed deceived the whole world? Revelation 12:9.

When Adam sinned in the Garden of Eden, God closed off the tree of life (Genesis 3:22-24) from the world as a whole. This marked the foundation of this present world, still held captive and ruled invisibly by Satan the devil. At that point, God decreed that Christ, the “Lamb of God” (John 1:36), should come and be sacrificed to redeem mankind from the rule of Satan the kidnapper (Revelation 13:8).

But contrary to what many have been taught, Christ did not come to Earth the first time to try to save everyone. He did deliver His Father’s message—the gospel of the Kingdom of God. But Jesus did not try to get everyone to believe this wonderful message! Notice the proof.

2. Did Jesus speak to the multitudes in parables to make His meaning clearer, or to hide it so the public would not understand? Matthew 13:10-15; Mark 4:11-12. Did He speak to the general public only in parables? Matthew 13:34. Was this because it was not the time for most to be forgiven their sins and converted? Mark 4:12.

comment: Christ worked with only a few purposely called and chosen disciples, or students. They were the ones whom He really wanted to understand the truth about salvation. We will see why, later.

4. Can one come to Christ only if God the Father specifically selects and calls him? John 6:44, 65.

comment: Some will ask: “What about one who really wants salvation—wants to believe in Christ—is willing to truly repent and come out of this world and be led by God’s Spirit in a true commandment-keeping Christian life? Do you mean this individual cannot come to Christ unless God calls him?”

Answer: That’s what Scripture says. Such a person isbeing called by God, otherwise he or she would have no such desire. However, most who think they are in that category have followed a false gospel, a false teaching, and are yet deceived. They have a false idea of what salvation is, a false concept of repentance and a false idea of what God’s way is.

Most Neither Lost Nor Saved

But first, the question remains: If God only calls a relative few today, what happens to the rest of humanity?

comment: No one can have the death penalty he has incurred paid except through Jesus Christ. But neither can anyone receive the benefit of Christ’s payment unless he has an opportunity to accept it. Millions have lived and died without ever having so much as heard the name of Christ. Thus, they are not “saved”—and cannot be given eternal life! How tragically unfair that reality would be if they were forever condemned!

comment: A better translation of the Greek of 2 Corinthians 6:2 (as is the Hebrew in Isaiah 49:8) is “now is a day of salvation.”

This age is indeed “the” day of salvation for the few God is now calling. Those called now are being judged now (1 Peter 4:17). But all others will have their “day” of salvation later!

comment: Even as all men die, the same all will be made alive. But each will be called in his own time. Most, today, are still blinded (Romans 11:25; Revelation 12:9). They are not saved, but neither are they lost forever. Their time for salvation is later.

Why a Select Few Are Called Today

When least expected by a world blinded by the devil, Jesus Christ will come in supreme supernatural power and glory as King of kings.

1. When Christ returns, will those who were called in this lifetime rise first in time order—before others? 1 Thessalonians 4:15-16.

2. Will these who are raised first reign with Christ? Revelation 20:4-5.

Just as ancient Israel’s priests taught God’s way, those called today will also be teachers of God’s way of life, helping to bring the knowledge of the way to salvation to the rest of the world after Christ returns. This is why God has called a few out of Satan’s world and into His Church now! They are not called for special favors, but to be trained and prepared for special responsibilities—to help teach the rest of mankind.

The process of learning God’s way and coming to salvation will be easier after Christ’s return, because Satan will be bound (Revelation 20:1-2). His corrupting influence will no longer be present.

As the world becomes reeducated, people will begin to experience the blessings that result from obeying God’s law of love. They will look back at thousands of years of strife under Satan’s rule and compare it to peaceful, joyful life under God’s rule.

All who live during the 1,000 years after Christ returns (Revelation 20:4) will have their opportunity to participate in the salvation process. They will then be able to grow spiritually toward spiritual birth into the God Family.

But what about those who have already died without having understood God’s truth?

All Who Ever Lived to Be Called

1. Recall that those called today will be part of the first resurrection. It follows, then, that there will be a second resurrection. When will this occur? Revelation 20:5, first part.

comment: Everyone who has ever lived and died without knowing God’s truth will be resurrected after the 1,000 years of Christ’s rule on Earth! They will be raised to physical life (read Ezekiel 37) and given their chance to learn God’s way of life and the way to salvation! This will be their “day” of salvation!

Most of our loved ones who have died “unsaved” in all probability are not lost. They most likely were not called during this age, but their call is coming later.

Your Bible shows that the vast majority of those who have ever lived will finally be born into God’s Family at the end of their coming period of judgment. God’s master plan of salvation for mankind will then be complete.

How wonderful and reassuring is the truth of our all-wise, loving and merciful Creator God!