How could a man so right have been so wrong? 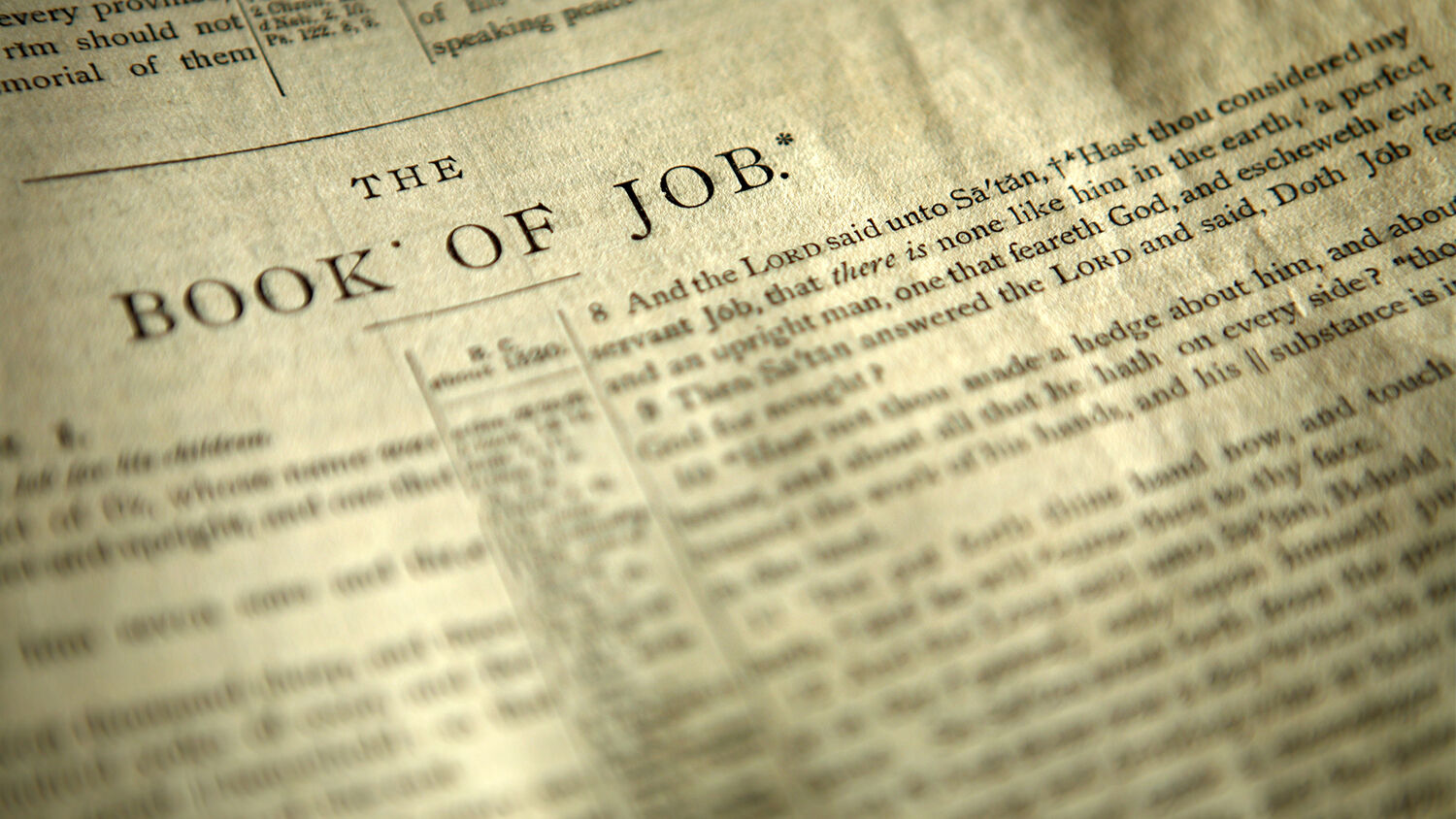 How could a man so right have been so wrong?

Job was the most righteous man of his day—perfect and upright, the Bible says—famous and well liked for his many good deeds (Job 1:1). He used his great power and wealth to help the disadvantaged—the poor, the fatherless and the widows. He even used his great influence to destroy pagan forms of worship.

The problem was, Job knew he was righteous—and this made him horribly self-righteous. This sin is the most difficult sin there is to see. Though Job was “perfect and upright” in how he observed the strict letter of God’s law, he was neglecting the spirit of the law. He was full of vanity and pride.

Because of this, God allowed him to endure a horrendous period of trial and test so he could clearly see himself in relation to God! God told Satan he could destroy all of Job’s wealth—even his children—but couldn’t touch Job himself (verses 6-12). God actually used Satan to chasten Job for his self-righteousness. On the surface, Job maintained a right attitude and knew exactly what to say (verses 20-22), but this only added to his deep-seated problem.

God then allowed Satan to lash out at Job personally, striking him with sore boils from head to toe (Job 2). While Job’s sin still didn’t show itself outwardly, on the inside Job just couldn’t understand why he, of all people, would be tried and tested with such severity.

During Job’s trial, his three friends Eliphaz, Bildad and Zophar came to console him (verse 11). The next 30 chapters of the story recite the dialogue that followed between Job and his three friends. None of these counselors, however, provided God’s solution to Job’s problem, which is why God eventually corrected them. They could only accuse Job of being guilty of some obvious, visible sin, even though they themselves didn’t know what it was. When Job demanded they show him where he had erred, they couldn’t point out one mistake he had made (Job 6:24).

Even when suffering through the worst trial of his life, Job remained impressed with his righteousness. And not just him: Those who knew him best were also awed by his uprightness and many special talents and abilities (Job 29:8-10).

None of the counsel helped because Job was righteous in his own eyes (Job 32:1).

At this point, Elihu entered the scene. He was angry with Job for putting himself above God and with the three counselors because they only criticized Job without getting to the cause of the problem (Job 32:2-3). By maintaining his innocence even as God was correcting him, Job showed that he thought he was greater than God. So God inspired Elihu to give Job proper perspective (Job 33:8-12).

Job was striving against God, Elihu said (verse 13), like potter’s clay talking back to the potter. Job’s big problem was not some secret sin he was hiding, but the fact that he gave credit to himself and not to God for all of his righteous deeds! Job actually held his own righteousness in higher esteem than God’s (Job 35:1-2).

In Job 36 and 37, Elihu magnified the great God. Job may have known and even applied the strict letter of God’s law, but he fell far short of knowing the magnificent wonder of the Creator. While the other three friends had spoken of God’s right to bring punishment upon sinners, Elihu spoke of God’s superabundant love and mercy—and His willingness to give salvation to those who turn to Him in repentance.

Finally, God addressed Job. A brilliant architect, Job may have built great pyramids, but God built the universe (Job 38:3-4). Job made the mistake of comparing himself with other men, and he ended up getting a big head. We must compare our works to the works of God—not men (2 Corinthians 10:12).

God said, I don’t care if you’ve built 50 million structures and given 50 million dollars to the poor. Next to my works, that is just filthy rags (Job 38:5-7; Isaiah 64:6). Job thought he knew so much. But how much knowledge did he really have?

“[B]y the time God finished, Job’s estimation of himself was exactly nil,” Herbert W. Armstrong wrote in an article titled “Why Must Men Suffer?” “Job was able to maintain his case against Satan—against his friends. But now he could not answer God! Job’s trouble was not what he had done, but what he was—self-righteous! The self in Job had never died!” (Plain Truth, October 1957).

In chapter 42, Job humbly admitted for the first time that he simply did not know. While Job had said similar things before, he didn’t really believe it from the heart (verses 2-3). He had been deceived by his own vanity.

Just like so many in this world, Job had a false image of God (verses 4-5). At last he repented of his wrong attitude and finally saw himself clearly and in comparison to God (compare verse 6 to Job 13:1).

The lesson of Job proves it is possible to be right, technically speaking, yet horribly wrong. When Job’s friends began to blame Job, he tried to maintain his own righteousness instead of God’s. That was at the core of Job’s problem!

Satan wants you to get to the point where you don’t really see yourself for what you are. We all must fight this satanic mindset and turn to God in repentance like Job, whose name means repentant.

Everything changed for the better—and dramatically so—once Job finally turned to God in humble repentance (James 5:11). In the end, after Job got his mind off himself and onto others, God blessed him with twice as much as he had before!