Many people are of two minds about lying. Is it always wrong? 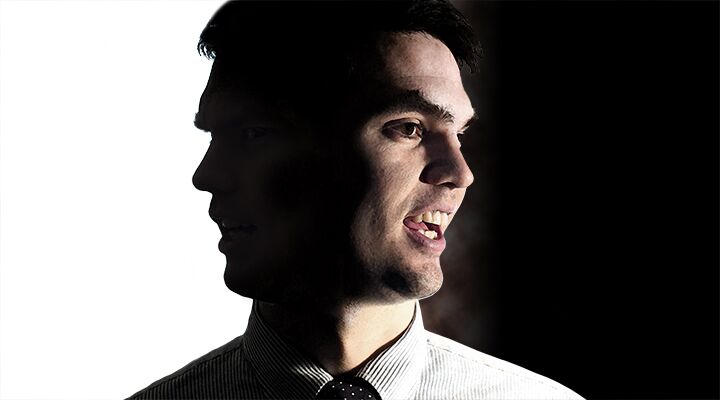 Many people are of two minds about lying. Is it always wrong?

To lie or not to lie—that is the question.

While people in most cultures trumpet truth-telling, many are lenient about lying. Just look at current books on the subject. In some books you’ll find clear declarations that lying is morally wrong and harmful. In others, you will discover ample justification for the good accomplished by lying. One book actually teaches the art of lying!

Let’s admit it: We are befuddled about lying. Most people hate the harsh connotation of the word, so they refer to lies as fibs, fish stories, fudges, tall tales or spins—which is euphemistic self-deception. We say we expect government leaders to tell us the truth, yet we know they lie to us and accept that they will lie again. “That’s politics,” we say. Even whole nations are willing to overlook lying. For example, the Russian Federation is well known for habitually lying on a grand scale, yet other nations still make pacts with that government.

We fume when someone lies to us. We get vindictive at being called a liar. Yet we readily deceive ourselves—about our health, our finances and even our religion. And when put under pressure, many people opt to lie—often—to bosses, work associates, friends, spouses, parents and children.

What is wrong with us?

The truth is, we are addicted to deception. It comes naturally for us. Deception is the act or practice of deceiving; concealment or distortion of the truth for the purpose of misleading; duplicity; fraud; cheating. Synonyms include feigning, guile, hypocrisy, imposture, trickery. Telling a lie is the most sophisticated form of deception.

Sadly, we are good at deceiving others from a very young age.

One interesting study of young children and lying showed that “children from 3 to 6 years of age are able to deceive adults without being detected” (Lying and Deception in Everyday Life). Isn’t this a shocking fact? Most 3-year-olds have well-developed deception skills. Doesn’t this tell us that deception should not be taken lightly?

Deception is no joke. It is a harmful habit that must be broken.

How do most human beings deceive or mislead others? Deception is easily divided into four broad categories. To mislead another one can: 1) avoid an issue; 2) omit the truth or parts of the truth; 3) let an untrue statement of another go uncorrected; or 4) tell a bald-faced lie. Most deceit falls into the first three categories. These are the easy lies.

Actually telling a flat-out lie takes more work. Purposely making a false statement to deceive another requires complex mental processes: deep thought, planning and careful construction of the untrue statement. Bald-faced lying is an aggressive act. Floating a lie invites the recipient to prove a statement’s truthfulness. Most people hesitate to boldly lie because they fear getting caught. Humans work hard to conceal deception. Since no one wants to be known as a liar, we operate within a web of ambiguity and deceit. That takes us back to the first three forms of deception, which are the more passive, hard-to-detect types of lies.

So why not just tell the truth?

Herbert W. Armstrong often said that perhaps the hardest thing for any person to do is to admit it when he is wrong. In other words, it is tough for us to face the truth even when it looks us right in the eye. People use deception to hide the truth about personal mistakes, flaws and weakness. Essentially we lie to either protect or ingratiate the self. We work hard to mask insecurity. We want others to always think the best of us.

Athletes feign injury to avoid failure during a high-pressure sporting event. Students pretend to be sick to avoid admitting failure to prepare for a test or to complete an assignment on time. Men and women dye their hair to appear younger for a job interview. The unemployed exaggerate work skills on a resume to land a job. Teachers raise grade scores to help a student enter college. Supervisors overstate recommendations to secure a promotion for a favorite employee.

Do we see all these examples as harmful lies? They all are. Yes, every example. Who is most hurt? The liar is, always! How? Individuals who use deceit continually are ever expanding their capacity to become better and more sophisticated at deception. Lies breed more and bigger lies.

Lying is an evil that destroys good character.

Eric Alterman, in his book When Presidents Lie, states, “Both the Hebrew Bible and the New Testament demonstrate considerable ambivalence when it comes to lying ….” Is the Bible ambiguous about telling lies? No. Unfortunately, through the centuries since Christ, many religious leaders and teachers have agreed with Mr. Alterman. There has been much confusion about lying in the religious world.

Here is the truth. The whole Bible is tough on lying—declaring it a criminal offense by order of the Ninth Commandment. Though religious leaders may teach otherwise, that law is in full force and must be kept. In the Hebrew Bible, Exodus 20:16 states: “Thou shalt not bear false witness against thy neighbour.” The New Testament quotes Jesus Christ teaching those seeking eternal life, “Thou shalt not bear false witness” (Matthew 19:18). Lange’s Commentary states that the commandment in Exodus 20:16 forbids “not only [false] testimony before the judge, but in general any untrue testimony.”

Solomon certifies lying to be one of the seven things God hates (Proverbs 6:16-17). The wise king also stated, “A false witness shall not be unpunished, and he that speaketh lies shall perish” (Proverbs 19:9).

According to the Bible, habitual lying brings about destruction—certainly of one’s reputation, and even of one’s life! In ancient Israel, certain perjury crimes received the death penalty (Deuteronomy 19:16-21).

Is the Bible ambivalent about lying? Hardly!

Alterman continues, “While the Israelites are commanded to not bear ‘false witness,’ any number of cases can be found in the five books of Moses in which the authors appear to genuinely approve of lying, so long as it helps to ensure the survival of the Israelites. The best known of these takes place in Genesis (27:12), when Jacob deliberately deceives his father into giving him his blessing (and inheritance) rather than his brother Esau. Jacob appropriates his father’s blessing and is the better for it ….” Mr. Alterman misses the real lesson of that tragic history. Jacob did not get off for his despicable deception. In fact, he suffered horribly for years afterward. Look at the biblical record (“Jacob’s Tangled Web,” below).

Ours is not an honest world. Every facet of society—government, industry, science, education, religion—is filled with duplicity, fraud, hypocrisy, trickery and underhandedness. In the back of our minds, every human being knows this and still goes along with it. What a paradox. Why do we allow ourselves to live with such wretched harm? A globe-girdling spirit of deceit and hypocrisy smothers our planet. Most drift along with it. Humans have been duped into believing that lying helps us.

Contrary to the belief of many religious leaders and followers, this is not the God of Truth’s world. The Holy Bible reveals that the actual god of this world is the father of lies (Ephesians 2:2; 2 Corinthians 4:4; John 8:44). Satan the devil rules this planet as a god. But he is no god. He is a fallen, bitter and hopeless angel. He hates the truth and keeps unsuspecting humans in the dark about the importance of knowing the truth and telling the truth. How did Satan get control of the Earth? He stole it from our first parents using the power of a lie. He hoodwinked Eve into disbelieving and disobeying God. Even though not deceived, Adam chose to willingly follow his wife’s lead. He accepted Satan’s lie. The devil continues to spin this same hoax to all living today. Most have been tricked into disbelieving and disobeying God.

Thankfully, Satan’s con is coming to an end. God’s new and wonderful world, founded on the truth, is coming soon. Satan and all other liars will not live in that world (Revelation 21:8).

To break your addiction to deception, you must sincerely extol the truth and truth telling. The Ninth Commandment demands that you seek out, study and live by the truth taught in the Holy Bible. The Book of books affirms that all lying is sin and is as serious as committing murder.

Can humans truly live without lies? We must! Jesus Christ promises His followers, “Ye shall know the truth, and the truth shall make you free” (John 8:32). No human need live with lies. Embrace the truth. You’ll be free of the addiction to deception.