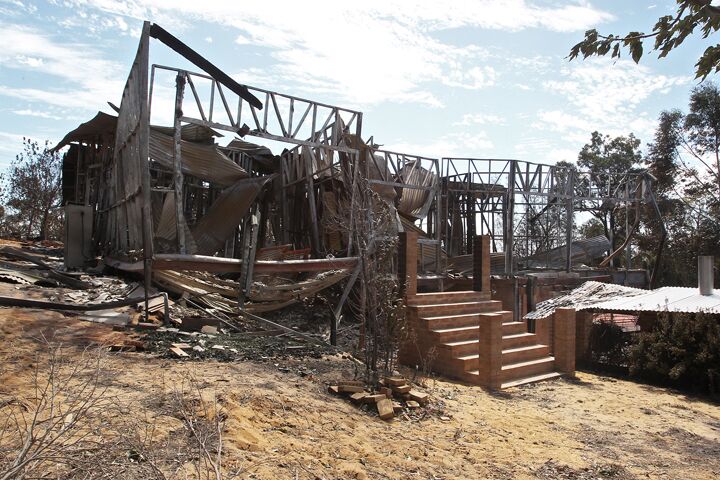 Flood, wind and fire—it’s been a tough start to the year Down Under.

Australians are no strangers to the extremes of weather. Since pioneering the settlement of the country under the British flag, Aussies have had to contend with oppressive heat, devastating dust storms, massive floods, annual bushfires and not infrequent destructive hurricanes, or cyclones as they are known Down Under.

This constant battle with weather-induced catastrophe has given a hard edge to the average Aussie, in particular the “bushies,” those who farm the great outback tracts, which often measure in thousands of square miles rather than acres.

There’s still a bit of the old pioneering spirit in many Australians who live on the land, particularly in the wilderness of the Australian outback. It even penetrates into the city, where the rugged individualism for which Australians are generally known is seen in the way they express themselves in politics and business, and most especially in sport.

Yet, 40 years of the impact of liberal socialism on academia, of the penetration of feminism into its education and political institutions and its entertainment industry, and the homosexualizing of much of its public imagery has certainly changed the character of the nation from the one I grew up in, having been schooled in the years prior to the social revolution of the late 1960s.

However, Australia is still billed as a Christian nation. Its parliament still recites the “Lord’s Prayer” before going into session, though that has been challenged in recent years. According to recent surveys, 65 percent of the nation’s people still identify themselves as Christian.

So it was that, despite the great social changes within Australia over the past 40 years, what struck me most during the recent catastrophic inundation of Queensland by the massive flooding, followed by the devastating force of Cyclone Yasi, was the lack of any request for prayer emanating from the nation’s political leader.

The best that the prime minister could muster as Cyclone Yasi bore down on northern Queensland was to declare, “In the hours of destruction that are coming to them, all of Australia is going to be thinking of them. Our thoughts are with you” (aap, February 2).

This was a far cry from the mindset of her predecessor twice removed, Prime Minister John Howard, who, when southeastern Australia faced an opposite problem of drought a few years ago, asked the nation to pray for divine intervention in the weather!

“Prime Minister John Howard has urged Australians to pray for rain as hard-hit agricultural regions face zero water allocations due to drought. … [H]e encouraged people to seek divine intervention. ‘It’s very serious, it’s unprecedented in my lifetime and I really feel very deeply for the people affected,’ Mr. Howard told abc Television. ‘So we should all, literally and without any irony, pray for rain over the next six to eight weeks’” (aap,April 22, 2007).

One third-generation sheep and grain farmer said, “This is the best opening autumn-break rain we have had for 10 to 12 years” (Herald Sun,April 28, 2007).

Though the weather bureau commented that April traditionally brought seasonal rains, the timing of these drought-breaking rains following a record dry stint led others to “think there’s a greater force at work” (ibid.).

In seeking for Australians to depend on that “greater force” for continuing intervention in the weather, “Mr. Howard said Australians should continue to pray for rain, following his appeal for prayers last week” (ibid.). The rains continued.

Did God intervene because a nation’s leader exhorted its people to prayer in time of crisis? Well, similar “coincidences” following national leaders calling their nations to prayer have happened before, tracking clear back to biblical times. But, in relation to the recent weather-related phenomena in Australia, it is our purpose here to consider the difference in orientation of two ideologically opposed leaders—ex-Prime Minister Howard and current Prime Minister Gillard—and the results that followed on the one hand a call to prayer, and on the other a seeming complete ignoring of the prospect of any “greater force” superior to that of man even existing. A “greater force” who could be asked for intervention to stave off catastrophe.

Was there a “greater force” at work here? Did a “greater force” mercifully intervene to make a profound point following Mr. Howard’s admonishing the nation to pray for divine intervention in the Victorian drought?

Did that “greater force” desist from intervening to prevent the devastation by flood and hurricane that hit Australia last month because the nation’s leader resisted, maybe even did not consider, calling the nation to prayer for divine intervention to mitigate the disaster?

What about the fires that have most recently melted a swathe of homes in Australia’s western state capital, Perth, resulting in north Perth being declared a disaster zone? Where was the request for prayer for divine authority to turn back the flames of that conflagration? It certainly did not come from either national or state leaders.

It’s interesting to think upon.

I was raised on the history of Elizabeth i exhorting God’s intervention for Britain’s deliverance from the Spanish Armada, raised learning of the words of Lord Nelson’s prayer before enjoining battle with Napoleon’s navy at Trafalgar. I was taught the history of King George vi calling the nation to prayer for deliverance from the forces of tyranny in World War ii, and of his call to the nation to thank God for the deliverance when it came. I learned of many of Britain’s generals who were of a Bible-reading, praying gentry during the reign of that great queen, Victoria i, who looked to God for guidance in her stately affairs and who believed that the British peoples were of the tribes of Israel. I studied about Churchill’s World War ii generals of similar ilk, plus some of the great generals of America. In light of all that history, the seeming total absence of godly orientation—especially in times of crisis—of many Anglo-Saxon leaders of today bespeaks a disengagement from national heritage.

Sadly, that heritage which once underpinned the greatness of a once-great people is today largely forgotten. It is often completely lacking from our education curricula or, when it is taught, is too often sourced from grossly perverted accounts produced by revisionist historians.

The legacy of the ’60s social revolution now reverberates in the godless mindset of a different generation of politician. Nowadays we seldom hear a call to the nation to pray in times of national stress. Mr. Howard could be the last of an old school, and the nation is the worse off for it.

The plain fact is there is a “greater force at work” in this universe. There exists a very active, omniscient and omnipresent divine authority, greatly surpassing any level of human authority. It’s the authority of the one who created man!

That supreme, divine authority has the demonstrable power to influence the weather to either the advantage or the disadvantage of humankind. As He clearly declares, “And also I have withholden the rain from you, when there were yet three months to the harvest: and I caused it to rain upon one city, and caused it not to rain upon another city: one piece was rained upon, and the piece whereupon it rained not withered” (Amos 4:7).

Of this verse, our editor in chief has declared: “God says, ‘I caused’ it! God is the cause. We are being cursed by God! Do we really understand what that means? When we continue to have serious floods and droughts at the same time, it is a warning sign from God. And this is only the beginning. Read the rest of the chapter” (Trumpet, April 1996).

Will you “read the rest of the chapter”? We challenge you to! What’s more, we challenge you to prove whether or not what it states is a reality! The plain and simple truth as to why weather catastrophes have escalated dramatically within the Anglo-Saxon nations over the past two decades in particular. Why the curses coming thick and fast now on those nations which were once the most blessed on the face of this Earth!

That God of whom we speak challenges anyone to “Prove me now herewith” (Malachi 3:4). He challenges us to “prove all things” (1 Thessalonians 5:21).

Do you have the courage to put Him to the test?

It’s your choice. Your Creator offers you the chance of a lifetime with the straightforward invitation to “Come now and let us reason together” (Isaiah 1:18). Can you really afford to ignore such an invitation?