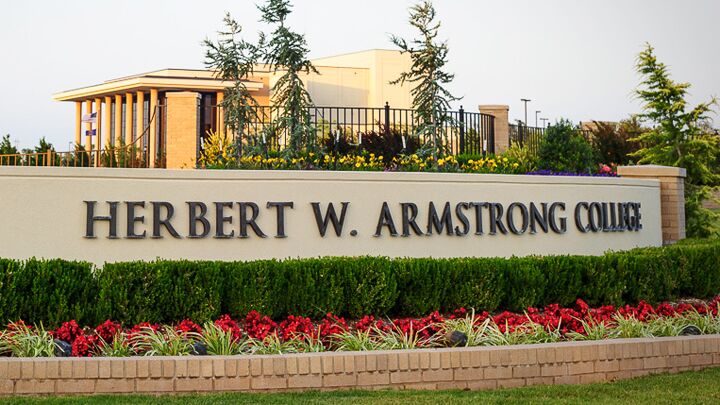 Herbert W. Armstrong raised up Ambassador College in Pasadena, Calif., a liberal arts college sponsored by the Worldwide Church of God (wcg). I graduated from there in 1970. Recently I viewed a video of the college’s 1987 commencement exercises. It filled me with a heavy sadness—and inspired me with a wonderful hope!

Let me explain why.

They all marched down the aisle of the beautiful Ambassador Auditorium. The orchestra was playing music that stirred me emotionally. I knew the conductor quite well, and also several of the faculty members.

In the 1987 commencement address, the chancellor had this to say: “We are going to maintain the dream that Mr. Herbert W. Armstrong had. That dream will never die.”

But that dream did die! I watched it being strangled to death. It was a colossal disaster beyond the mind of men to imagine!

These 19 works contain the dream of Mr. Armstrong—especially his book Mystery of the Ages. (Request a free copy if you don’t have one.) Not only did they lose the dream, they fought us in court to prevent anybody from even knowing about it!

That is what 95 percent of the wcg and Ambassador College graduates are not doing. Mystery of the Ages explains why that is such a towering catastrophe.

Shortly after the dream died, so did Ambassador College! It no longer exists! I believe time will prove this to be one of the most diabolical disasters in the history of true education. That is a deeply depressing failure.

However, God has raised up Herbert W. Armstrong College. It is a soaring success. This May, we had our first two-year graduating class. It was a small class, but Mr. Armstrong’s dream is very much alive!

The 1987 disaster demands an explanation. The Ambassador College graduates said they understood the mysteries of life. And they did. But they lost them—they let the dream die.

We risked everything in our court battle with the wcg to keep the dream alive. This world urgently needs to know why Mr. Armstrong’s works were so important—and the whole world is going to know!

The commencement exercises were only the beginning of a dream. That is the point where we begin to implement the dream. But the beginning is useless if we lose the dream.

Where did the dream of the ’87 class take them? Not to where they believed they would go at that time. The final destination is what counts, not the beginning.

This world is headed for the worst suffering ever known on this planet (Daniel 12:1; Matthew 24:21-22), unless we change our ways. And for the class of ’87, there are eternal consequences far beyond that. We need God’s protection—physically and spiritually.

The 19 works that we won in court are going to be used to educate this world. And you and I have an opportunity to help teach that message to the world (today and in the World Tomorrow). That was a major part of Mr. Armstrong’s dream—and our dream.

The education of this world is leading to catastrophe. We must have an education that brings peace and hope. That is the kind of education our Armstrong students receive. We have the missing dimension in education. True education in this world is a mystery (our book Mystery of the Ages explains why). But it’s not a mystery at our Herbert W. Armstrong College.

Here is the subheading of Mystery of the Ages: “Did you ever ask yourself: ‘Who am I? What am I? Why am I?’ You are a mystery. The world about you is a mystery. Now, you can understand!”