We’re sure we know what talent is, and that superior ability and greatness are the results of it. Research tells us something remarkably different. 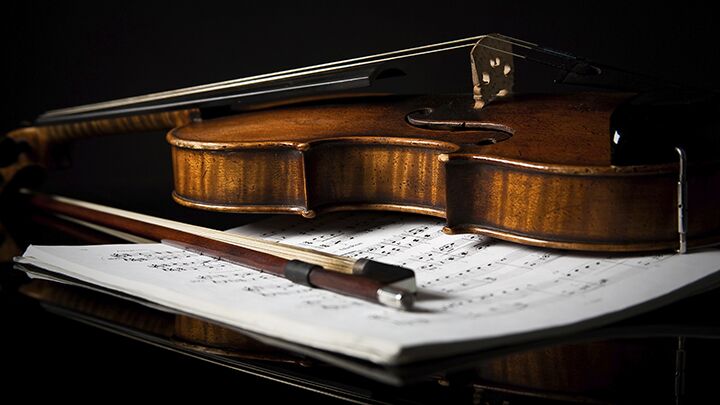 We’re sure we know what talent is, and that superior ability and greatness are the results of it. Research tells us something remarkably different.

Are you talented? If so, what are you doing about it?

If not, are you sure about that?

What about your children—do you have a child prodigy? Or—do you think your children are doomed to mediocrity? Are you certain?

Just what is talent? Your definition of it could be cheating you.

In a culture saturated with “talent”-based reality shows, people tend to think greatness is something you either have or you don’t. Many people feel they have no talent—while others have convinced themselves that they were born great.

The word talent can be troublesome. As a music teacher, I often see it used to excuse laziness in both the “talented” and the “untalented.” “Talented” people, it is believed, shouldn’t need to work as hard because of their natural endowments; while untalented people might as well give up, because they’re simply not as gifted.

The common conception of talent is, at best, vague and, at worst, debilitating.

In his book Talent Is Overrated, Geoff Colvin does a masterful job explaining what “talent” actually is. He documents a bevy of research that explains, as his subtitle says, “What Really Separates World-Class Performers From Everybody Else.”

Colvin challenges the supposed truths about what makes people great. We assume that history’s supreme achievers had greatness in their genetic code. Or that their eminence came from “divine spark”—that Providence endowed them with some superhuman ability. We believe the greatest innovations in history came from that “lightning bolt” of inspiration. Similarly, we love to be wowed on televised talent shows by the housewife or middle-aged lackey with no training who astonishes the judges with natural ability.

The notion that greatness is like holding a winning lottery ticket feeds the fantasy that life should be easy. It also causes us to limit ourselves. “Most insidiously, in our own lives,” Colvin writes, “we will try something new and, finding that it isn’t easy for us, conclude that we have no talent for it, and so we never pursue it.”

In his book, Colvin examines several scientific studies about achievement and combines these conclusions with examples from distant and recent history: great athletes, inventors, corporate leaders, writers, composers and performers. They all have the following in common: They worked furiously hard over a long period of time to become great at what they did.

The Source of Superior Achievement

These superachievers were not born that way. Their memories were the same as everyone else’s—they just learned how to put information in larger chunks. Their measurable “intelligence” wasn’t necessarily any greater. Few were considered child prodigies. In fact, some, early on, showed no real promise at what they ended up mastering.

If they succeeded as children in the particular field, it was because their parents drove them hard, as in the case of Wolfgang Mozart, son of a leading music educator of the day. In other cases, the child was so enamored with a parent that he wanted to do what Dad did: If Dad was an admitted “golf addict” who wanted his son to learn everything about golf from the moment he could walk, the toddler was thrilled to follow along. This was the case for Tiger Woods, who said, “Golf for me was an apparent attempt to emulate the person I looked up to more than anyone: my father.”

All the research and supporting evidence from human history shows that superior achievement comes from hours and hours of “deliberate practice.” That means the “greats” put in a set number of hours in their particular field. Some call it the 10,000 hours principle. Greatness in any field requires that much practice.

But it is more than just quantity of hours. The time of day those hours are put in can separate the average from the great. And most importantly, how those hours are spent is critical.

“Deliberate practice is … not what most of us do when we think we’re practicing golf or the oboe or any of our other interests,” Colvin writes. It “is hard. It hurts. But it works. More of it equals better performance. Tons of it equals great performance.” Such practice requires intense mental concentration along with physical effort.

Someone to Watch Over Me

Working in a field for a set number of years doesn’t guarantee world-class greatness. Companies don’t generally encourage this kind of “talent development.” They want the job done—and doing what you are already good at doesn’t cause you to get any better.

To become great, a student needs “designed deliberate practice,” Colvin clarifies. Students can spend hours at something, but for those hours to be effective, their attention must be guided as to what exactly to rehearse in order to improve. Basically, they need good coaching—someone to supply immediate feedback that will cause them to adjust their execution and therefore increase their skill level.

Even those greats who were “self-trained” still received this coaching and feedback in other forms, constantly improving their skills based on comparisons with other “greats.” Colvin uses the case of Benjamin Franklin, who became one of the greatest writers in American history by fastidiously comparing his vocabulary, syntax, organization and argumentation with the reigning example of great writing of his day.

Colvin shows that even great creations and innovations follow the “deliberate practice” pattern. They are not the result of a lightning bolt, but rather are “roses that bloom after long and careful cultivation”—again, many hours of hard mental work. “The idea of epiphany is a dreamer’s paradise where people want to believe that things are easier than they are,” said Douglas K. van Duyne.

Ultimately, it is because deliberate practice is so demanding and not “fun” that few in this world have risen to the level of mega-greatness. Those who make the sacrifices of this kind of practicing do so because they have a passion for it. That passion can be inspired by parents or other mentors; it may not even develop until later in life. For some fields, the age at which the study began is critical to whether the brain forms in a certain way, but it is ultimately the quality and quantity of hours put in from that moment.

The point is that greatness is generally there for the taking for anyone with the discipline and drive to go after it.

Colvin’s book came to the same conclusion that Herbert Armstrong came to years ago in the article he wrote for the Plain Truth called “Is Specialized Talent God-Given?” (January 1982).

There Mr. Armstrong related a conversation he had with the reigning soprano diva of the day, Montserrat Caballé, after a performance she gave in Ambassador Auditorium. He told her how Elbert Hubbard said that “genius is 1 percent inspiration, and 99 percent perspiration.” Mr. Armstrong continued: “She smiled. ‘Yes that is true,’ she agreed. ‘If one has talent, one must apply oneself and work very hard to develop that talent.’” Of those “greats,” Mr. Armstrong wrote: “They didn’t quit. They worked at it. They continued improving. They were not content with mediocrity. They became real ‘pros.’”

Hubbard’s statement was similar to something Susan Polgar said. The story of the Polgar sisters helped debunk the traditional “talent” myth. Lazlo and Klarah Polgar embarked on an experiment to put their children in a random field and see if the children could achieve greatness simply through hard work. They raised their daughters on a rigorous curriculum intended to make them masters of chess, something the parents had no extraordinary aptitude in. Sure enough, the girls grew into extraordinarily brilliant chess players. Susan, who became the top-ranked woman in the world by age 15, once said, “My father believes that innate talent is nothing, that [success] is 99 percent hard work. I agree with him.”

So at best, innate talent is 1 percent of it, as Caballé, Polgar, Hubbard and Armstrong all agree.

Mr. Armstrong used the word talent to refer to aptitudes, and stated that it can be hereditary. As every parent knows, personalities vary from child to child, even from the womb, as do attractions to different disciplines and activities—and physical endowments (e.g., hand-to-eye coordination). But as research is showing, there is no “eminence gene.” Greatness in anything is developed through hard work.

Genetics factors into the physicality of the person, for sure—playing a role in determining whether he or she will ever soar to greatness as a jockey, tuba player, gold-medal swimmer or sumo wrestler.

Yet, as Mr. Armstrong wrote, “the biggest factors in determining success or failure in life are motivation, determination, drive, perseverance.”

Despite the minimal role genetics plays in achievement, greatness does run in families. This is, however, more due to parental direction and encouragement—nurture over nature. Children are willing to put in the hard work and not-so-fun effort because they are passionate about what their parents are passionate about. In some cases, they want to emulate parental success in the same field. In other cases, the parents drive their children without being overbearing or discouraging, and there comes a point where the student begins to enjoy the hard-work-to-success formula in that field; the drive begins to bubble up from within.

Talent Is Overrated challenges our view of where greatness comes from and even exposes our human nature for the slothfulness it holds so dear. It goes into easily readable detail as to the hard work necessary for superior achievement in many areas of life. It is a must-read for parents and students, managers and employees. As Colvin concludes his book, greatness is “not reserved for a preordained few. It is available to you and to everyone.”