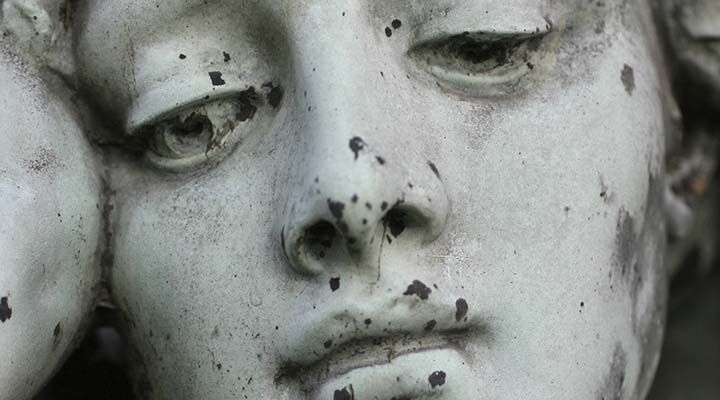 Recently I had the opportunity to work with a group of people from starkly different backgrounds. Most of our conversations were simply small talk. Yet one woman was surprisingly open about her life. Without prodding, she often articulately explained her philosophy on sex and relationships. Having been married and divorced multiple times, she now welcomed “no strings attached” sexual encounters. She thrilled at the hunt and the conquest.

However, studying her over a period of time I noticed that she was often depressed. One day she came to me and asked, “Why does casual sex hurt people?”

Casual sex is sex for physical pleasure only, without emotional connection, no strings attached. Often it’s a one-time occurrence. It includes any kind of sex act with anyone, heterosexual or homosexual. In its rawest form it involves total strangers—no names, no history, no tomorrow. It coldly seeks to suppress the development of any type of relationship.

Casual sex has been glamorized in movies and on television. Casual sex membership websites, often accompanied with pornographic material, make it easy for partners to hook up. Many authors praise its advantages. They assure us of the thrilling excitement of the casual sex lifestyle. Its joys are made to appear unquestionable.

The philosophy underlying all this hype is that marriage is out; casual sex is harmless fun; everyone is doing it; you are missing out—just do it!

This is a seriously flawed philosophy. Risks are minimized. The threat of possible lifelong damage is ignored.

Let’s face the problem squarely. The misuse of sex brings incredible personal sorrow. Monogamous, marital sex is the only source of true fun.

Casual sex is extremely risky and harmful to all involved. Yet, without question, casual sex experimentation is most destructive to our youth. All parents must come to grips with this problem. Why? Young adults and the youngest of teens are the most likely to be taken in by such thinking.

The current adult generation has yet to deal with the problem of and the problems caused by promiscuous sex. Our sex-crazed society willfully overlooks the bad fruits of its actions.

Contraceptives—including condoms—are not the solution. The harm done goes much deeper than an unwanted pregnancy or being struck by a health-threatening sexual disease.

New brain research proves that there is no such thing as safe sex outside of marriage. How science has come to this conclusion is amazingly interesting.

The Brain and Sex

Neuroscience research has uncovered useful information about how sex affects the human brain. Using mri techniques, scientists have gained a clear picture of what takes place within the brain during sexual activity. Although it is not new knowledge, science confirms that the use of sex can either give us wholeness—or damage us, possibly for a lifetime. These scientific facts add support to necessary sex instruction that must be provided to protect our teens and young adults.

Joe McIlhaney and Freda Bush, both ob-gyns, have taken the current neuroscience research and translated it into a plain-speaking, easy-to-understand book titled Hooked. Dr. McIlhaney also founded the Medical Institute for Sexual Health in order to tackle the global epidemics of teen pregnancy and sexually transmitted infections (stis). These two medical professionals have much experience in working with teens and young adults. They have seen the incredible damage done to our youth as a result of the improper use of sex.

In Hooked, the duo confront the emotional and psychological damage casual sex does to young, developing brains. “[W]ith the aid of modern research techniques and technologies, scientists are confirming that sex is more than a momentary physical act,” they write. “It produces powerful, even lifelong changes in our brains that direct and influence our future to a surprising degree.”

In other words, the use of sex can either keep the human brain healthy or severely damage it.

The brain has been described as the largest human sex organ. Neuroscience confirms this fact. Sex triggers a magnificent biochemical process within the human brain. Three different chemicals flood the brain from initiation to completion of the sexual act: dopamine and oxytocin in women, and dopamine and vasopressin in men. Each chemical is designed to fulfill a specific purpose.

Dopamine is known as a feel-good chemical rewarding us when we accomplish something thrilling or exhilarating. Runners often experience dopamine highs during exercise. Dopamine has an addictive property that causes us to want to repeat whatever we have accomplished.

Oxytocin is present in both males and females, but it has a far more important role in the life of a woman. Science has known for some time that oxytocin is present when a mother nurses her baby. It aids and accelerates the human bonding process between the mother and child. During sex, the release of oxytocin in the female brain helps a woman bond with her mate.

Vasopressin serves a similar function in males. Besides helping a man to bond with his children, during sex it aids bonding with his mate.

How does all of this relate to casual sex? McIlhaney and Bush connect the dots. They emphasize that parents need to understand the role these hormones play in sexual experience.

Concerning dopamine and young people having casual sex, they write: “It seems that the dopamine reward signal is working very well in these young people. Once they experience sex, they want to repeat it again and again. We have discussed elsewhere how sex is similar to drug, alcohol, or nicotine addiction; it is understandable that a young (or older) person would want to experience that same rush again” (ibid.).

The dopamine reward process in the brain is values-neutral: It cannot distinguish between positive or negative behavior. If an individual gets a thrill out of risky sex, the dopamine reward will encourage the repetition of the risky behavior.

The dopamine reward for sex is intensely powerful. Thus, a sexually active couple upon breakup will often move quickly to sexual intercourse with a new person. In a culture that encourages casual sex, many people are moving quickly from partner to partner. Sexual addiction is often the result. The tabloids are full of accounts of the broken lives of people suffering from this addiction.

Certainly this is a terrible problem that is extremely difficult to overcome. Yet those who move from partner to partner suffer even greater damage.

The bonding biochemicals oxytocin and vasopressin are just as powerful as dopamine. Neuroscience shows that these hormones are released with intimate physical contact such as hugging or kissing. McIlhaney and Bush explain: “When two people join physically, powerful neurohormones are released because of the sexual experience, making an impression on the synapses in their brains and hardwiring their bond. When they stay together for life their bonding matures. This is a major factor that keeps them together, providing a desire for intercourse, resulting in offspring, and assuring those offspring of a nurturing two-parent home in which to grow” (ibid.). Although not new knowledge, science confirms the immeasurable value of monogamous sex within marriage.

Science also affirms a destructive downside to casual sex. The doctors explain: “[E]very time a person has sexual intercourse or intimate physical contact, bonding takes place. Whenever breakups occur in bonded relationships there is confusion and often pain in the brains of the young people involved because the bond has been broken.”

The problem described here also has much deeper and long-lasting effect. The authors report: “Further, there is evidence that when this sex/bonding/breaking-up cycle is repeated a few or many times—even when the bonding was short-lived—damage is done to the important, built-in ability to develop significant and meaningful connection to other human beings.”

Living a casual sex lifestyle spawns a loss of human connectedness. The truth is, we all need human attachment to survive and thrive. Right use of sex promotes personal wholeness and builds stable family life. Casual sex, by contrast, impairs an individual’s ability to form lifelong relationships.

McIlhaney and Bush warn that in fact, the emotional corrosion caused by casual sex makes people less than human: “It may sound blunt, but if we try to eliminate this connectedness from sex, we remove the uniquely human aspect of it, and the sexual act becomes nothing more than raw animal behavior.” It is time well spent to think deeply about that quote.

Let’s be honest. Science is uncovering what God knew thousands of years ago.

God placed within the pages of the Bible vital instruction on the proper uses of sex. Just after the creation of Eve and while at the first marriage ceremony, God taught our first parents to “be one flesh.” The newly created couple were to use sex to bind them together for life. They were also instructed to multiply—build a family that would rule and beautify the Earth (Genesis 2:24). There was no shame to sex within this God-ordained boundary (verse 25).

We shouldn’t need science to tell us what God has already told us. Unfortunately, we have ignored God. It is likely that humans will also ignore the evidence of science.

Human sexuality was designed by a great Creator God to bestow lifelong benefits to mankind. To reap those benefits, sex must remain within the bounds of marriage. Abstinence until marriage is the only workable safe-sex practice. It is interesting to note that a survey taken among teens revealed that 93 percent of the teens questioned believe that teens need to be given a strong abstinence message from parents and other adults.

Herbert W. Armstrong wrote this in his book The Missing Dimension in Sex: “God designed sex to produce pure, righteous, clean, holy and rich blessings! He made it to be the loving bond which not only would inspire a properly mated couple to marry but which would preserve that marriage in love. Sex should be the energizing magnet to draw constantly closer and closer together with increasing love a husband and wife ….”

This wonderful, factual book is available to you at no charge upon request. Mr. Armstrong used the Bible and science to provide the missing dimension so prevalent in sex knowledge today. In the hands of loving parents, this book is the best tool to instruct our youth on how to avoid the damage caused by casual sex.