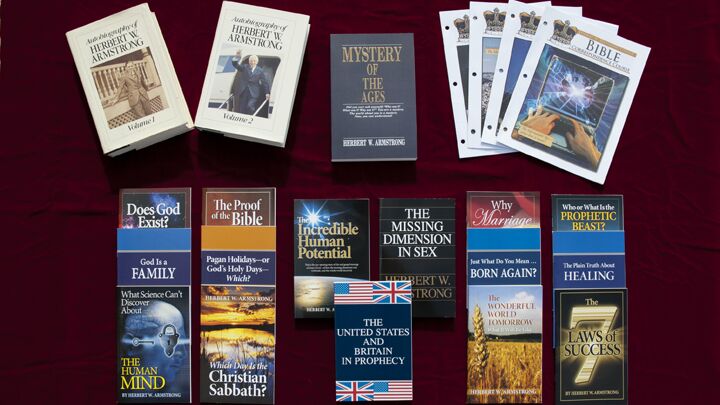 From The May 2003 Philadelphia Trumpet
View Issue FREE Subscription

We have just won the greatest victory ever in the Philadelphia Church of God! It will probably be our most thrilling victory in this entire end-time work.

Six years ago, the Worldwide Church of God (wcg) filed suit against us for printing Mystery of the Ages. They had been determined, ever since their doctrinal transformation, to use the copyright law to suppress the works of Herbert W. Armstrong. We responded to their suit with a counterclaim of our own—seeking the “fair use” of 18 other works by Mr. Armstrong. Under any circumstances, the best we could have hoped for within the judicial system was a ruling that said we had a right to reproduce those written works because of “fair use” under copyright or because of the Religious Freedom Restoration Act.

The courts, however, could have never given us what we now have—all 19 of those copyrights! That’s right. We not only have the right to reproduce those works—we own the copyrights!

Nearly five months ago, the Worldwide Church of God approached us wanting to settle our six-year lawsuit. In the end, settlement cost us an even $2 million—and we got much more than we ever thought possible when this litigation began. (Read our featured article in this magazine on page 2 to understand the whole story.)

In the beginning, the wcg was determined to stop us from using any of these works. It was their “Christian duty.” Now they’ve given up all these copyrights for a fee that barely covers their court costs—if even that.

Why are these works so important to us? This whole world needs to understand why.

Mr. Armstrong’s writings are the foundation of all that we believe. We teach his messages to our people quite diligently. However, we have been unable to teach them to the world. These works were blotted out by the wcg. We could not offer them to a deceived humanity—until now! And we believe that God commands us to proclaim Mr. Armstrong’s works to the world as a witness (Matt. 24:14; Rev. 10:11).

That is our God-given commission. So we believed that we had to win this case! We have fought this court battle for six years, always expecting a miracle—even after we lost a 2-1 decision on the appellate level. It appeared we were hanging by a thread. Still, our faith remained strong. And now everybody can see the monumental reward.

We have a critical message for a dying world. But the world can’t fully understand without Mr. Armstrong’s revealed writings. Roughly three fourths of God’s end-time message is finally available to mankind. The one fourth we could proclaim along the way could be fully comprehended only by those who already understood Mr. Armstrong’s writings.

As soon as we build up our finances again (in a few months), we will have a message three to four times more powerful. And we fully expect this work to double or triple its worldwide impact!

Time is running out. We must get this message out now while there is still time.

Look at this anxiety-ridden world, ready to explode at any moment. America is at war with Iraq. Our people are fearful. But they are going to get far more fearful if they don’t turn to God. Biological, chemical and nuclear weapons were prophesied (Matt. 24:21-22; Dan. 12:1-4). And the horrifying megadeath outcome was also prophesied!

Delivering this message is the supreme way that we show love for mankind. Only God’s message will give them hope and show them the solution to these problems. This is a work of love. That is why there is no charge for our literature.

Our message could save the world from a holocaust, if heeded. But even if it is rejected, God is still going to save us from ourselves—after unparalleled suffering. So either way, this message is filled with hope.