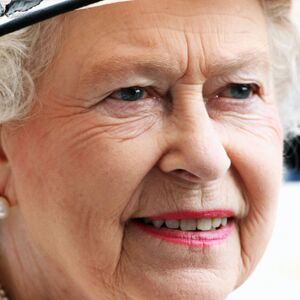 The pope sits on a throne. So does the queen of Britain. If people understood only the true history of those two thrones, they would know where this world is headed and how it is about to be filled with happiness and joy—after some terrible suffering.

In September, the pope visited Britain and the Queen. It was the first state visit by a pope since the Reformation. Earth-shaking changes are occurring in Europe and in Britain! The Reformation is being reversed. The Catholic Church is gaining unparalleled power.

What does that mean to you?

The pope’s visit was a historic moment in the Catholic Church, Britain and the world!

Most of the world is asleep to what is happening in Europe. But people are about to be struck by lightning that will bring them out of their stupor.

The Bible tells us that God is going to save most of humanity. That includes Catholics, Protestants, Muslims and all other religious people, but in His time frame and in His way.

God’s hand is even behind the rising power of the Catholic Church today. But you need to read our material to understand why.

Pope Benedict xvi said this to the Queen and the British people: “Even in our own lifetime, we can recall how Britain and her leaders stood against a Nazi tyranny that wished to eradicate God from society and denied our common humanity to many, especially the Jews, who were thought unfit to live. I also recall the regime’s attitude to Christian pastors and religious who spoke the truth in love, opposed the Nazis and paid for that opposition with their lives. As we reflect on the sobering lessons of the atheist extremism of the 20th century, let us never forget how the exclusion of God, religion and virtue from public life leads ultimately to a truncated vision of man and of society and thus to a ‘reductive vision of the person and his destiny’ (Caritas in Veritate, 29)” (emphasis mine throughout). The Catholic Church in most of Europe is very different from the one in the U.S.

Any truth-seeking historian knows the pope has grossly distorted that Nazi history!

Were the Nazis atheistic extremists who excluded God? It was actually the inclusion of “God” and religious ideology that provided the Nazi regime its greatest source of inspiration. Adolf Hitler himself was a deeply religious man (a Catholic) and wanted to be seen as a religious figure.

“We are not a movement—rather we are a religion,” Hitler said about his regime (Robert G.L. Waite, The Psychopathic God: Adolf Hitler).

“Christ was the greatest early fighter in the battle against the world enemy, the Jews,” Hitler said in 1926. “The work that Christ started but could not finish, I—Adolf Hitler—will conclude” (John Toland, Adolf Hitler). Hitler even said he learned from the Jesuit order “above all.”

Were the Catholic priests in general opposed to the Nazis? On the contrary, they were generally united with them! If not, why did the Vatican, at the end of World War ii, help more Nazis escape than any other institution? Nobody else even came close!

Historians have documented the infamous ratlines that ran through the Vatican and helped the defeated Nazis escape. They will forever remain a bloody stain on its history.

The Catholic Church was so dedicated to the Nazis that it helped thousands escape even after Germany was defeated! That historical fact indicates the strongest kind of loyalty to the Nazis!

If people realized where all this is leading, they would be deeply frightened. But how many leaders do you see challenging the pope’s distorted view of history? That gives you a good idea of how many leaders fear the Catholic Church. And that fear is growing!

Here is one statement the Queen made to the pope: “I am pleased that your visit will also provide an opportunity to deepen the relationship between the Roman Catholic Church and the established Church of England and the Church of Scotland.”

That is not the language we need to hear coming from her throne. I can offer you overwhelming proof that the Queen is sitting on David’s throne. The same throne that the Messiah is about to rule on forever! (Isaiah 9:7).

Andrew Brown wrote this about the pope’s visit: “This was the end of the British Empire. In all the four centuries from Elizabeth i to Elizabeth ii, England has been defined as a Protestant nation. The Catholics were the Other; sometimes violent terrorists and rebels, sometimes merely dirty immigrants. The sense that this was a nation specially blessed by God arose from a deeply anti-Catholic reading of the Bible. … Rebellion against the pope was the foundational act of English power. And now the power is gone, and perhaps the rebellion has gone, too” (Guardian, September 17). This is a very deadly sign of Britain’s immediate future.

Let me repeat this sentence: “The sense that this was a nation specially blessed by God arose from a deeply anti-Catholic reading of the Bible.” What a marvelous memory of Britain’s history! And what a condemning memory! The British people have forgotten that God gave them their wealthy empire, which no longer exists. That is because they have forgotten their Bible—which has many anti-Catholic statements!

This article stated that “the power is gone.” Because of Britain’s sins, God has broken the pride of its power (Leviticus 26:19). The British still have considerable power, but are afraid to use it.

The Queen sits on the very throne from which the Messiah is about to rule this world! These events are all leading directly to the coming of the Messiah!

Our booklet Germany and the Holy Roman Empire and book The United States and Britain in Prophecy, both yours free for the asking, explain the foundational history and prophecy of those two thrones.

This article was corrected after having originally stated that Benedict xvi’s visit was the first visit by a pope to Britain and the Queen since the Reformation. Though it was not an official state visit, Pope John Paul ii visited the Queen in Britain in 1982.