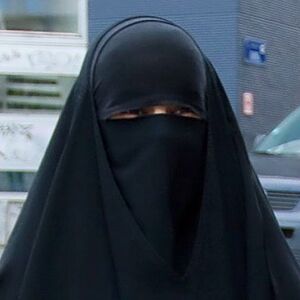 The same forces that made the Battle of Tours-Poitiers inevitable are at work today.

In his enduring tome The Decline and Fall of the Roman Empire, Edward Gibbon wrote that the clash between Muslim and Catholic armies on a dusty road 200 miles south of France in a.d. 732 was “an encounter which would change the history of the whole world.”

If the outcome of the battle of Tours-Poitiers was different, Gibbon wrote, perhaps “the interpretation of the Koran would now be taught in the schools of Oxford, and her pulpits might demonstrate to a circumcised people the sanctity and truth of the revelation of Mohammed.” In other words, were it not for the Catholic army of Frankish General Charles Martel—aka “Charles the Hammer”—Europe might now be a Muslim continent.

We need to think about the battle of Tours-Poitiers. When you consider the conditions that made Tours-Poitiers inevitable, it’s hard not to conclude that those same factors are in place today.

The eighth century was the golden age of Islam. Muslims were empowered and Islam’s global reach was rapidly expanding. By 732 the Saracens had conquered the southern shores of the Mediterranean and established Islam across the underbelly of Europe—from Palestine, Syria and Egypt, across North Africa to Morocco, and even into Spain and Portugal. By the mid-eighth century, Muslim ambition—hot, focused, menacing, and with decades of momentum behind it—was making a dash toward its ultimate target: the conquest of Christian Europe.

Studying the global presence and power of Islam today, and the fact that millions of Muslims have put down roots inside Europe, it’s evident that Islam is positioned much like it was in eighth century—just before the battle of Tours-Poitiers. In 732, the factor that made the clash of civilizations inevitable was the willingness of Catholic Europe to defend itself.

Today, this same willingness is brewing inside Europe!

“The baseline in Europe for what politicians say and do about immigration and the role of Islamic communities in their countries is moving,” the New York Times reported this week. “It is shifting in a way that mainstream politics now permits its leaders to say flatly that immigrants, Muslims in large part, must accommodate the rules and traditions of the societies they enter, rather than vice versa.”

Anti-immigration, particularly anti-Muslim, sentiment is swelling across the Continent.

On Sunday, national elections in Sweden saw the Sweden Democrats, a far-right, anti-immigration party, snap up 20 parliament seats and deprive the ruling Social Democrat government of its majority. There was nothing ambiguous about the campaign of the Sweden Democrats, blogged the bbc’s Gavin Hewitt: “In one advertisement they showed a white pensioner being edged aside by burka-clad mothers in the benefits queue. Their leader, Jimmie Akesson, described Islam as the biggest threat to Sweden since World War ii.”

Sweden is not an anomaly. Anti-immigrant parties are in government in Italy and brandish significant influence in the parliaments of Austria, Bulgaria, Denmark, Hungary, Latvia, Slovakia and Sweden. In the Netherlands, Geert Wilders, the leader of the anti-Islam Freedom Party, is one of the most popular politicians in the country and is on the cusp of securing a place within the government.

In France last week, the Senate voted 246 to 1 in favor of a bill banning the burka-style Islamic veil in public. Although one or two hurdles remain, the bill has apparently been written in a way that will ensure its safe passage to becoming law. Moreover, France’s burka ban could be the first of many in Europe. A Financial Times survey in March showed that in the UK, Italy, Spain and Germany, a majority support banning the burka. Belgium is currently in the process of passing a similar law.

Politically, railing against immigrants, especially Muslims, is becoming a sure way to win votes in Europe. Across the Continent, politics is becoming “nationalistic and nativist,” warned economist Nouriel Roubini recently. This is “reflected in an anti-immigrant backlash, raids against the Roma, Islamophobia, and the rise of extreme right-wing parties.”

Witness the ruckus touched off by Thilo Sarrazin, the former head of Germany’s Bundesbank and the current poster child of anti-Islamic sentiment. Sarrazin’s recently released, best-selling book, Germany Doing Away With Itself, is a no-holds-barred assault on Muslims as the cause of most of Germany’s problems. The presence of genetically inferior immigrants, Sarrazin argues, is the reason Germans “have accepted as inevitable that Germany will be smaller and dumber.”

“With no other religion,” he writes, “is there such a fluid connection between violence, dictatorship and terrorism as there is with Islam.” Muslims are “unwilling or incapable of integrating into Western society,” he warns.

At first, Sarrazin’s book was met with disgust and disdain from German politicians and the media. The German elite began to rethink their self-righteous standpoint, however, as it became apparent that Sarrazin’s book was striking a chord with millions of Germans.

A grassroots movement quickly emerged in support of Sarrazin, and his anti-immigrant beliefs. A September 5 survey conducted by Emnid pollsters of Germany’s Bild am Sonntag newspaper revealed that nearly one in five Germans would vote for a political party led by Thilo Sarrazin. Another study from Bielefeld University showed that 50 percent of Germans feel there are too many foreigners in the country. “Rarely has a man influenced the German public discourse as much as Sarrazin has done with his book,” Der Spiegel wrote.

Inside Germany and across Europe, the growing popularity of anti-Muslim sentiment—and the increasing proclivity to confront Islam publicly—will ensure tension continues to intensify between Muslims and Europeans. As Europeans become angry and confrontational toward the Muslims in their midst, don’t be surprised if radical Islamists retaliate, which will serve to compound the crisis.

In the context of Bible prophecy, the rising tension between Europe and Islam is one of the most important global trends that we could watch. In chapter 11 of his book, the Prophet Daniel prophesies specifically of a clash between Europe, which Daniel terms the “king of the north,” and radical Islamic armies led by Iran, called the “king of the south.” “And at the time of the end shall the king of the south push at him: and the king of the north shall come against him like a whirlwind, with chariots, and with horsemen, and with many ships; and he shall enter into the countries, and shall overflow and pass over” (verse 40).

Before this colossal clash, Bible prophecy reveals that a modern-day Charles the Hammer will emerge to lead Europe. As Iran and radical Islam “push” and provoke, begging for conflict, this powerful leader, in conjunction with the Vatican, will come to embody the spirit that empowered Charles Martel at the Battle of Tours-Poitiers.