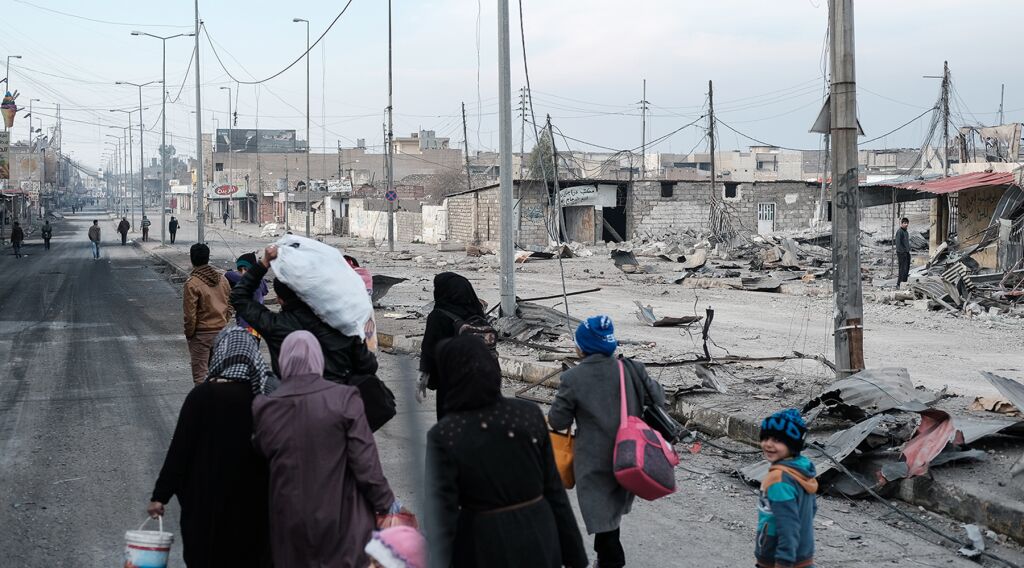 Iraq is headless, and America is leaving.

Since 2003, the U.S. has sacrificed over 4,400 of its soldiers and spent over a trillion dollars in Iraq. What is there to show for these enormous costs?

Iraq is bedlam. Violence continues to percolate. July was the country’s deadliest month since May 2008. Five and a half months after elections, a government still has not formed. In the meantime, the prime minister has agreed not to make any major decisions about Iraq’s future.

This is a shell of a country. Ripe for conquest.

This was the nation that once held Khomeini’s Iran—and the spread of the Islamic Revolution—in check. Then its dictator was ousted by the U.S. Seven years on, it remains bruised, weak, divided, deep in a midlife crisis.

At one time, Washington’s hope was that Baghdad would end up with a pro-American government. Now it doesn’t even have a working government.

Nonetheless, the White House is proceeding with its plan to pull out. As of last week, America’s combat operations in Iraq are officially over. The 140,000 troops there at the beginning of Barack Obama’s presidency are now down to fewer than 50,000, and they are staying behind mostly to train Iraqis. These soldiers “will no longer be allowed to go on combat missions without being joined by Iraqi forces,” the Associated Press reports.

Also on these soldiers’ to-do list: “They will counsel Iraqi officials on how to endear themselves to their citizens, whether through handing out soccer balls to kids or building irrigation systems for farmers” (ibid.). And—they will start packing to come home at the end of next year. Not exactly the kind of activities that will have America’s enemies quaking in fear.

It’s a remarkable moment. Particularly so if you’ve been reading the Trumpet magazine for any length of time. Why? Because of how it fulfills a biblical prophecy we have repeatedly and insistently highlighted for years.

Two weeks ago, the Iraqi army chief of staff, Lt. Gen. Babakar Zebari, said Iraqi troops wouldn’t be “fully ready” to defend the country until 2020. He warned that the U.S. troop withdrawal will leave “a void.”

There’s not a shred of doubt who will fill that void.

“Is Iraq About to Fall to Iran?” It’s common to read such a headline today. They’re all over the news. American and Iraqi officials have publicly called Tehran out for interfering with Iraq’s political process. Commentators, observers and analysts the world over see wounded, hobbled Iraq infiltrated by politicians, soldiers and spies beholden to Iran. It’s this reality, in fact, that has made the U.S. so reluctant to leave.

Thing is, that headline appeared in the Trumpet in December 1994.

“The most powerful [Islamic] country in the Middle East is Iran,” editor in chief Gerald Flurry wrote in that article. “Can you imagine the power they would have if they gained control of Iraq, the second-largest oil-producing country in the world?”

Why would he even make such a statement? It wasn’t because of any weakness Saddam Hussein was exposing. Mr. Flurry based that observation on signs of Iran’s rise, matched with an end-time forecast by the Prophet Daniel of a powerful Middle Eastern king—combined with a prophecy in Psalm 83 indicating an alliance between this Middle East king and Iraq. (These are explained in our booklet The King of the South.) “Prophecy strongly indicates that Iraq will unite with Iran,” we stated in a 2001 issue, two years before Operation Iraqi Freedom.

Last week’s issue of Trumpet Weekly included a tidbit I found remarkable. (Have you read the Trumpet Weekly? You should. We publish and provide this digest of each week’s most prophetically relevant news completely free of charge to any and all, either to download from the website or to receive in your e-mail inbox.)

It started with a short excerpt of an analysis by Dr. George Friedman of Stratfor. In it, he said, “The geopolitical problem the Americans face is that, with the United States gone, Iran would be the most powerful conventional power in the Persian Gulf” (August 17; emphasis mine).

“For Iran, a strong Iraq is the geopolitical nightmare. Iran once fought a war with Iraq that cost Iran a million casualties,” Friedman continued. “[T]he foundation of Iranian national strategy is to prevent a repeat of that war by making certain that Iraq becomes a puppet to Iran or, failing that, that it remains weak and divided. At this point, the Iranians do not have the ability to impose a government on Iraq. However, they do have the ability to prevent the formation of a government or to destabilize one that is formed. Iranian intelligence has sufficient allies and resources in Iraq to guarantee the failure of any stabilization attempt that doesn’t please Tehran.”

After that excerpt, the Trumpet Weekly included this statement by Gerald Flurry from June 2003, just after America invaded Baghdad: “Now that Iraq has been taken out of the picture, Iran is even closer to becoming the reigning king of the Middle East. It may seem shocking, given the U.S. presence in the region right now, but prophecy indicates that, in pursuit of its goal, Iran will probably take over Iraq. At least, it will have a heavy influence over the Iraqi people.”

Written over seven years ago, that statement rings with relevance.

It appeared in an article drawing attention to the 1994 article, and under the same headline: “Is Iraq About to Fall to Iran?” It continued: “Saddam Hussein was the only leader that Iran feared. Now the U.S. has taken him out of the way. But does America have the will or strength to guard the spoils of war? Prophecy states that it does not.

“Have we now cleared the way for Shiite Iran to rule over Shiite Iraq?”

This article detailed evidence of Iranian inroads into Iraq. And while the world was enraptured by America’s “shock and awe” campaign, Mr. Flurry was writing this: “[T]hough the current U.S. administration is vowing not to allow an Iranian-style theocracy to gain hold in Iraq, there are also signs in the way it is rebuilding the country that show a fundamental lack of political will to see this pledge through. Perhaps it will not be during the term of the current president, but the Bible shows that America will fail to contain Iran the way it hopes to.”

Feel free to doubt. But we strongly view this as a vindication of biblical prophecy—and as a strong signal of the urgency of the times! As Jesus Christ Himself said, after detailing some of the conditions that would signal the end of the age of man: “[W]hen ye see these things come to pass, know ye that the kingdom of God is nigh at hand.”