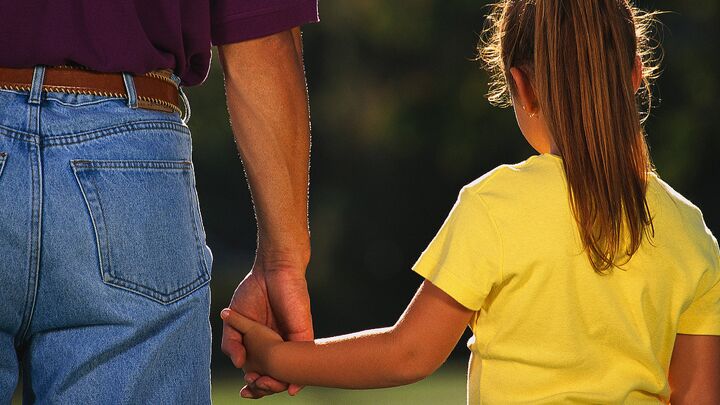 President Obama used this past Father’s Day to show his support for homosexuals raising children. “Nurturing families come in many forms,” he wrote in a presidential proclamation, “and children may be raised by a father and mother, a single father, two fathers, a stepfather, a grandfather, or caring guardian.”

Of course, biologically there is no such thing as “two fathers.” A child may be raised by his father and his father’s homosexual partner, but not by “two fathers.” That euphemistic term is a gross error.

In June, completely outside the purview of elected legislators, the Obama administration’s Labor Department unilaterally announced that the Family and Medical Leave Act (FMLA) now covers “all families, including LGBT families.” Thus, companies will now be forced to permit homosexual couples that adopt children up to 12 weeks of leave.

How could it make such a change? Simply by redefining “son or daughter” to “extend to the various parenting relationships that exist in today’s world.” Thus, using the president’s own terminology, a child’s father’s homosexual partner may now legally also be considered a second “father.”

“This action is a victory for many non-traditional families, including families in the lesbian-gay-bisexual-transgender community,” the press release from Secretary of Labor Hilda Solis said. “[A]n employee who intends to share in the parenting of a child with his or her same-sex partner will be able to exercise the right to FMLA leave to bond with that child.”

All this language is framed to sound like it promotes family in general—that it is just win-win-win all around. In truth, it represents the ceaseless efforts of self-professed intellectuals to popularize deviant sexuality.

They are hostile to the actual meaning of deep and wonderful words like father, son and daughter, and are eager to redefine them after their own fancies.

On July 1, the administration gave another big assist to homosexuals. Now same-sex “domestic partners” of federal employees can receive long-term care insurance benefits as if they were married; all they have to do is sign a form to receive the benefit. The president ordered the change about a year ago, when he instructed agencies to find benefits that could be given to homosexuals who live together. Under the Defense of Marriage Act, the term “marriage” cannot refer to homosexuals, but the new Office of Personnel Management regulation circumvented that law by creating the classification of homosexual “domestic partners.” It denies the same benefits to heterosexual co-habitators, saying that they can get them by marrying, whereas homosexuals cannot—yet.

On June 9, the Obama administration’s State Department dropped this bombshell: “The U.S. Department of State is pleased to use the occasion of Lesbian, Gay, Bisexual, Transgender Pride Month to announce its new policy guidelines regarding gender change in passports and Consular Reports of Birth Abroad.

“Beginning June 10, when a passport applicant presents a certification from an attending medical physician that the applicant has undergone appropriate clinical treatment for gender transition, the passport will reflect the new gender. The guidelines include detailed information about what information the certification must include. It is also possible to obtain a limited-validity passport if the physician’s statement shows the applicant is in the process of gender transition.”

Thus, anyone with a doctor’s note confirming his or her gender confusion can receive an official U.S. passport stating as fact that he or she is the opposite sex from plain biological reality! The press release nonchalantly states, “Sexual reassignment surgery is no longer a prerequisite for passport issuance.”

What utter confusion! Even male and female are open to redefinition in their minds. Perhaps there is no clearer illustration of the muddled thinking plaguing liberal secularists than the fact that they simply will not accept something so simple and clear-cut as male and female. In their twisted view, gender is a choice, and always open for reinterpretation.

Again, though, all this redefining is an intellectual fraud aimed squarely at exalting deviant sexuality.

The official language being deployed by the president and the federal departments he has staffed—“two fathers,” “various parenting relationships,” “lgbt families,” “gender transition,” “new gender”—camouflages some grotesque realities. Gussied up to look like it is promoting family, this is nothing short of an aggressive assault on family.

The Ten Commandments speak to this fact by commanding both marital fidelity (“Thou shalt not commit adultery. … [T]hou shalt not covet thy neighbour’s wife”) and parental authority (“Honour thy father and thy mother”). Such laws are necessary to guide us toward appropriate conduct; our baser nature always gravitates toward what is not in society’s or our own long-term best interests.

Today’s society is forcefully pursuing a contrary, anti-Bible agenda that is dismantling families and leading to our ruin. All history proves that strong societies begin with strong marriages and families, yet self-professed intellectuals continue heedlessly striking blows at the pillars of family life.

In our own families, we must do all we can to resist this attack. Promote and defend family as originally and correctly defined by the Being who created it.