And how will his rule come to an end? 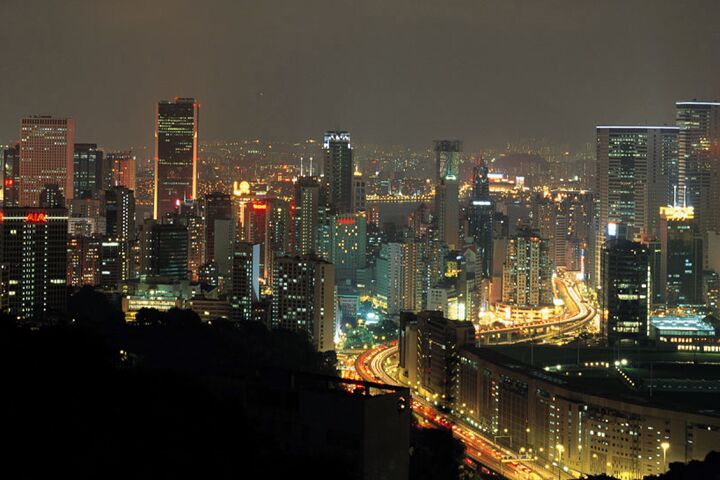 And how will his rule come to an end?

Why should there be so much ignorance about Satan the devil? Many people scoff at the thought of his existence. Others, while they accept his existence, grossly underestimate the devil’s awesome power. They assume that his deceptive influence over the world is limited and easy to detect. On the other hand, there are those who think God and Satan are engaged in a tug-of-war over the “souls” of men. In this scenario—judging by the sheer number of people who have lived and died without ever having accepted Jesus as their Savior—Satan is clearly depicted as being stronger than God.

The reason for this ignorance is because Satan, as the god of this world, has blinded the minds of men from the truth about his existence, his rule on Earth and his fate in God’s master plan.

Let us go back, even before the beginning of man, to the time when Lucifer was being trained at the very throne of God. Notice Ezekiel 28:14: “Thou [Lucifer] art the anointed cherub that covereth; and I have set thee so: thou wast upon the holy mountain of God; thou hast walked up and down in the midst of the stones of fire.”

“Lucifer was the supreme masterpiece of God’s creative power, as an individually created being,” Herbert W. Armstrong wrote in Mystery of the Ages. God made His masterpiece and then “set” him as an anointed cherub over His heavenly throne. This is where Lucifer was trained in the administration of God’s law.

Lucifer’s first field assignment was to take what he had learned at God’s throne and apply it to this Earth, where he would be given charge over one third of the angels. Besides administering the government of God, Lucifer was responsible for maintaining and beautifying God’s material creation on Earth.

God’s purpose for His angelic creation was derailed the moment Lucifer turned against God’s law to the way of lawlessness and rebellion. “How art thou fallen from heaven, O Lucifer, son of the morning! how art thou cut down to the ground, which didst weaken the nations!” (Isaiah 14:12). Yes, how could something like this ever happen?

The prophet answers: “For thou hast said in thine heart, I will ascend into heaven, I will exalt my throne above the stars of God: I will sit also upon the mount of the congregation, in the sides of the north” (verse 13). This important verse reveals that Lucifer’s sin began in his heart. It started with a corrupt attitude that came to violently rebel against God’s authority.

In the course of this rebellion, Lucifer even attempted to raise his earthly throne—yes, he has a throne—above his own Maker’s! “I will ascend above the heights of the clouds; I will be like the most High,” he said (verse 14). But God, in a literal sense, brought Lucifer back down to Earth. He changed his name to Satan, which means adversary. And the angels who rebelled with Lucifer became demons.

In all of this, however, God did not remove Satan from the throne of this Earth. This is why, when Satan offered Jesus Christ “all the kingdoms of the world” in Matthew 4, Jesus did not deny that Satan was now ruling over the nations of men. This is why Scripture refers to the devil as prince of the world (John 12:31; 14:30). And this is why, in 2 Corinthians 4:4, Satan is referred to as this world’s god.

Satan Is a Broadcaster

If Satan is the god of this world and the whole world is deceived, as it says in Revelation 12:9, let us now consider how Satan maintains his deceptive influence over the minds of men.

In Ephesians 2:2, the Apostle Paul wrote that the course of this world flows in the direction of Satan, who is the “prince of the power of the air.”

Satan, in other words, is a broadcaster. He transmits his signal imperceptibly through the air, much like a radio or television signal is transmitted invisibly across the airwaves. “He does not broadcast in words or pictures,” Mr. Armstrong explained, “but in attitudes of self-centeredness, of vanity, lust and greed, of jealousy and envy, of competition, strife and violence, of hate, resentment, bitterness, of rebellion and resentment against authority. We call it human nature but it is actually Satan nature” (Good News, Aug. 28, 1978).

Human beings acquire this satanic nature soon after birth because the human spirit is automatically tuned into Satan’s wavelength (see Job 32:8; 1 Corinthians 2:11; Romans 8:7). This satanic influence explains why man, even though equipped with a mind that is vastly superior to the animal brain, is utterly incapable of solving even the simplest of problems.

From the beginning, God intended for man’s mind to combine with His mind—the Holy Spirit—thus completing man’s spiritual creation. He offered man the Holy Spirit through the tree of life. But Adam and Eve rejected that way of life and instead took from the tree of the knowledge of good and evil. And so, as it says at the end of Genesis 3, God “drove out the man” and “sent him forth” from the Garden of Eden.

Ever since, man has been cut off from God and His Spirit. He has been held captive to the evil influences and deceptive sway of the prince of the power of the air.

This is why the world is upside-down.

God’s Government to Be Restored

Against this backdrop, isn’t it now clear why Jesus came into Galilee preaching the gospel of the Kingdom of God? (See Mark 1:14-15.) Jesus was a messenger with good news about a world-ruling government to be set up on Earth—one that would replace the administration currently occupied by Satan and his demons.

Yet Christ did not set up that Kingdom immediately at the time of His first coming. He plainly told Pilate in John 18:36, “My kingdom is not of this world.” Pilate then asked Him in verse 37, “Art thou a king then?” Jesus responded, “To this end was I born, and for this cause came I into the world ….” Jesus Christ was born to be the King (Luke 1:30-33). But His coronation won’t happen until He returns to this Earth.

In the first century, because the Jews misunderstood Christ’s gospel message, they failed to grasp the vital purpose for which Christ came in their day. “The Pharisees knew Jesus was the Messiah!” Mr. Armstrong wrote in Mystery of the Ages. “They were familiar with Isaiah 7:14, Isaiah 9:6-7, Isaiah 53. The Pharisees knew Jesus was the prophesied Messiah. But they understood only one Messianic appearance. So they supposed he was planning to overthrow the Roman Empire then!” They didn’t want a conquering King to overthrow Rome because they rather liked the petty positions of governance the Romans allowed them to maintain in Palestine. And so, because they misunderstood the purpose of Christ’s first coming, they fought against Him every step of the way.

Even Christ’s own disciples thought He intended to establish God’s Kingdom at His first coming, which is why Christ set them straight in Luke 19: “He said therefore, A certain nobleman went into a far country to receive for himself a kingdom, and to return” (verse 12). The nobleman here refers to Christ. He went away to a far country, heaven, to receive for Himself a Kingdom—“and to return,” which hasn’t yet happened.

Why not? Because God hasn’t yet finished preparing the saints for their positions in the Kingdom of God.

This is where the Church comes in. In order for the chaotic problems of this world to finally end, there must be a completely new government established by Christ as the supreme Ruler—but with many other servants ruling under Him, fulfilling other governmental responsibilities. Christ is coming as the King of kings and Lord of lords (Revelation 17:14; 19:16). Scripture plainly reveals that there will be many other kings and lords serving under Him.

So, after Christ qualified to replace Satan on the throne of this Earth, and after He offered Himself as a Lamb sacrifice for the world, He then ascended to heaven and received “all power” from the Father (Matthew 28:18). At His return, those servants who have been called out of this evil world will be commanded to come before Christ to learn where they will be serving in the Kingdom of God on Earth (read the rest of the parable in Luke 19).

The Bible refers to this as a time of refreshing—of regeneration. Notice Acts 3:20-21: “And he shall send Jesus Christ, which before was preached unto you: Whom the heaven must receive until the times of restitution of all things, which God hath spoken by the mouth of all his holy prophets since the world began” (verses 20-21). The word restitution means a time of restoring something that had been taken away. Gesenius’ Hebrew Chaldee Lexicon defines it as a “restoration of true theocracy.” God’s theocratic form of government was once here on Earth until Lucifer abolished it when he became Satan! But God’s government will soon be restored to this planet. Jesus Christ is preparing to lead that Earth-wide restoration. When He does, He will see to it that Satan is banished and his malevolent broadcasting into human minds is stopped (Revelation 20:1-3, 10).

Isaiah prophesied of that soon-coming King who would restore God’s government. “For unto us a child is born, unto us a son is given: and the government shall be upon his shoulder: and his name shall be called Wonderful, Counseller, The mighty God, The everlasting Father, The Prince of Peace” (Isaiah 9:6). The government is placed on His shoulder because He is King! After Christ turns this world right side up, that government and peace, it says in verse 7, will continue to grow—even out into the universe!