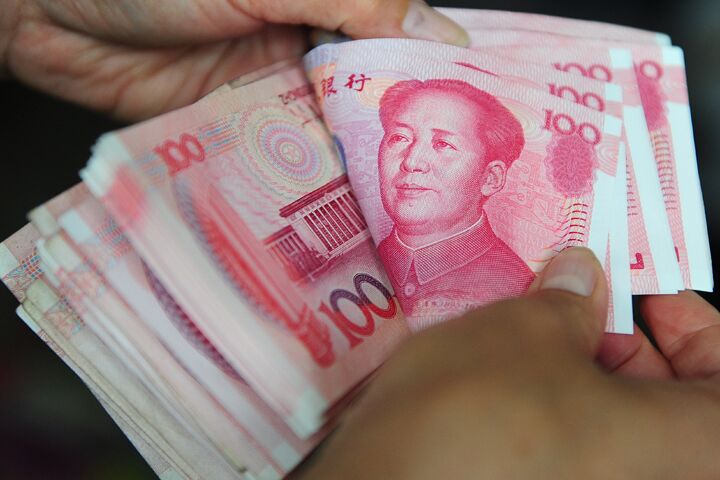 Beijing’s decision to unpeg the yuan currency from the dollar could push Washington from the frying pan of trade imbalance into the fire of higher interest rates.

Following Wall Street’s initial surge on Monday, investors celebrated China’s decision to loosen the yuan peg to the U.S. dollar. But the decision also presents several risks to the United States which could eventually be devastating to its debt-fueled economy.

On June 19, China’s central bank announced that it was prepared to move toward reforming the country’s exchange rate regime to allow more flexibility. Two days later, the yuan rose by 0.4 percent against the dollar. Although a relatively small move, it sent the yuan to its highest level since September 2008 when the global economic meltdown occurred.

U.S. Treasury Secretary Timothy Geithner, who has pressured Beijing to lift the currency peg in recent months, applauded the move. “We welcome China’s decision to increase the flexibility of its exchange rate,” Geithner said. “Vigorous implementation would make a positive contribution to strong and balanced global growth.”

China’s decision to loosen the yuan was also hailed as a political victory for the U.S., which has argued that the undervalued currency destabilizes global economic growth, and gives Beijing an unfair exporting advantage.

Economists estimate that the yuan had become overvalued by as much as 40 percent as a result of China’s yuan-dollar peg. A yuan that is allowed to rise against the greenback would make Chinese-made products more expensive in the U.S., and American goods comparatively cheaper in China. This would be a benefit to many U.S. companies that sell products to China, and to any American company competing with Chinese manufacturers.

But as some analysts have pointed out, the revaluation carries potential risks which could undermine economies of the West.

Be Careful What You Wish For

Because of Europe’s prolonged economic downturn, and European money fleeing to the U.S., a free-floating yuan—unencumbered by government manipulation—could actually weaken relative to the dollar, rather than appreciate. This could tilt America’s trade imbalance further into Beijing’s favor and leave America without any room to backtrack and pressure Beijing into repegging its currency.

Cornell University economist Eswar Prasad described Beijing’s move as “canny,” and said, “If the world now says, ‘Let your currency float against the dollar,’ the Chinese could say, ‘Do you really want it to depreciate?’”

Yet, despite all the excitement surrounding the loosening of the yuan peg, according to some analysts the move is largely symbolic. Beijing’s decision to let the yuan float against the dollar could take years to effect any real shift in the markets. Beijing may loosen the peg more drastically in the future, but, at this juncture, it may be only a political strategy.

Beijing has made a symbolic move on the yuan to ease the pressure and divide the factions within the United States that are debating how aggressively to deal with China. By taking this small step, Beijing is giving strength to those arguing that China is cooperative and attentive to U.S. concerns and that a confrontational posture would provoke an adverse reaction from China, which cannot afford to appear weak domestically. … China’s recent moves are aimed at calming foreign critics and relieving pressure from the Americans.

The timing of Beijing’s move also supports this logic, as the loosening comes only days before this weekend’s G-20 meeting of international finance officials in Toronto. If Beijing had not relaxed its currency—or given the appearance of having done so—China’s situation at the summit could have been uncomfortable.

For America, the gravest danger is that a legitimate lift of the currency peg means China will need to reduce U.S. government debt purchases.

One way China kept the yuan’s value pegged to the dollar was by purchasing U.S. treasuries with dollars that its exporters earned through trade. This reduced the supply of dollars in the market, causing U.S. dollars to appreciate in value. But in the current U.S. climate of enormous deficit spending, China’s peg-lift could mean America could have difficulty finding money to borrow. This in turn could force government interest rates up in an effort to attract lenders, and significantly increase the costs of borrowing for the economy in general. For an economy addicted to debt, the implications could be devastating.

America has complained about the trade imbalance with China that results from the yuan’s peg to the dollar, but it is that same imbalance that enables America to maintain its debt-fueled policies.

China’s loosening of the yuan’s peg to the dollar, whether symbolic or legitimate, will not solve Washington’s problems. But it may replace the smoldering fire of trade imbalance with the raging inferno of soaring interest rates.

To understand Beijing’s long-term agenda, and what it means for the U.S., read Russia and China in Prophecy.