We Were Wrong—Germany Is Taking Over

Waking up to Berlin’s true ambitions 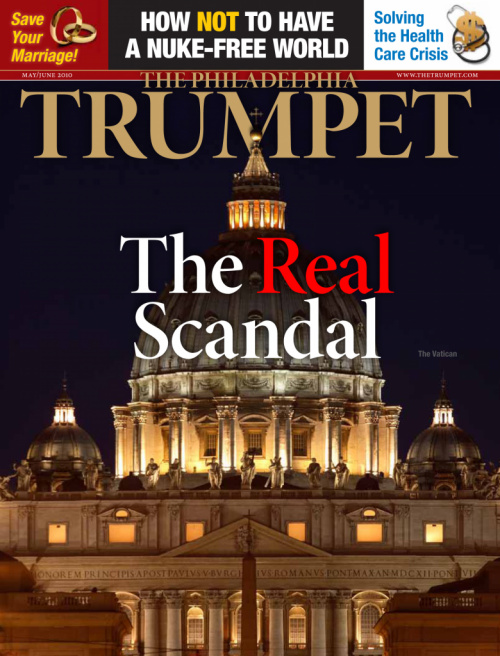 For many years the Trumpet has informed its readers of the true imperialist agenda of certain elites in Germany. Many, in their ignorance, laughed. Now, however, some of the brightest and best of analysts are waking up to the true nature of the agenda of the current generation of German imperialists.

Our long-time readers will know that one of the sources we often quote is Texas-based think tank Stratfor. We first noticed the astute analysis of Dr. George Friedman, Stratfor’s ceo, during the Balkan wars of the 1990s. We even published a cover story featuring an article he wrote exposing the falsehood behind reports of Serbian-instigated genocide.

George Friedman has a mind as sharp as a razor. His grasp of history as it relates to unfolding current world events is profound. His Hungarian heritage probably gives him a natural affinity with European and transatlantic affairs in particular. Yet in many of his analyses, Dr. Friedman has spoken of Europe as being a power in decline. In his most recent bestseller, The Next Hundred Years, Friedman sees the U.S. as being the dominant power throughout the current century.

On that point, with due respect to Dr. Friedman, we beg to differ. We differ based on the “more sure word of prophecy,” which foretells a far different outcome.

In fact, the prophecies of your Bible forecast the decline of the Anglo-Saxon peoples and the rise to global dominance, if only briefly, of three distinctly competitive powers—a German-led imperial Europe, Iran and the Sino-Russian bloc.

Interestingly, a recent analysis by another Stratfor analyst shows that current events are forcing them to look again and to reevaluate their position on Europe, and Germany in particular.

It seems Stratfor is coming to have a degree of consensus with the Trumpet’s view. “The global system is undergoing profound change,” wrote one of Stratfor’s most articulate analysts, Peter Zeihan, on March 16. “Three powers—Germany, Iran and China—face challenges forcing them to refashion the way they interact with their regions and the world.” These are essentially the same three powers to which biblical prophecy compels us to devote the majority of our attention.

Zeihan went on to focus on Germany. His analysis of current trends in Germany hints at there having been an underlying agenda to give that nation its current dominance in European affairs. Read what Zeihan wrote about Stratfor’s changing view of the EU in light of the current Greek financial fiasco and what it portends for a restructuring of the EU model:

“Despite their shared EU membership, the Western European members were quite reluctant to bail out their eastern partners. We became even more convinced that such inconsistencies would eventually doom the currency union, and that the euro’s eventual dissolution would take the European Union with it. Now, we’re not so sure.

“What if, instead of the euro being designed to further contain the Germans, the Germans crafted the euro to rewire the European Union for their own purposes?” (emphasis ours throughout).

Our dear long-time readers, where did you first read of Germany perhaps deliberately constructing a monetary system to fail so as to create the very crisis that would lead the German leaders to pose their own corporatist solution on the problem in the interests of meeting their own nationalist, imperialist goals for a Fourth Reich?

Amid the economic bedlam besieging Europe, an undisputed reality is emerging: Germany is exploiting this crisis to forge Europe into a vehicle of Teutonic ambition.

For Stratfor analyst Peter Zeihan, this reality crystallized in the wake of a recent remark by German Finance Minister Wolfgang Schäuble. “We need tighter rules,” Schäuble remarked on March 13, in response to Greece’s failing economy and the eurozone crisis. “That means in an extreme case, the possibility that a country that does not get its finances in order at all leaves the euro group.”

Dramatic though it is, Schäuble’s remark is a nugget within a goldmine of evidence exposing Germany’s ambition to dominate Europe. Nevertheless, this was the nugget that caught Zeihan’s eye and sparked an exceptional piece of analysis. Read on and see just how close Stratfor’s thinking is becoming to the reality of what the Trumpet has forecast since the euro’s creation.

“[W]hat jumped out at us is that someone of Schäuble’s gravitas doesn’t go about casually making threats,” Zeihan noted. “[T]his is not the sort of statement made by a country that is constrained, harnessed, submerged or placated. It is not even the sort of statement made by just any EU member, but rather by the decisive member. Germany now appears prepared not just to contemplate, but to publicly contemplate,the reengineering of Europe for its own interests. It may not do it, or it may not do it now, but it has now been said, and that will change Germany’s relationship to Europe.”

Now, read the following statement from Zeihan and remember—remember what Herbert Armstrong prophesied for almost 60 years prior to the fall of the Berlin Wall. Remember what the Trumpet has consistently forecast based on the inerrant prophecies of your Bible. Remember—and be sobered!

“[O]ur assessment of the euro is shifting from the belief that it was a straitjacket for Germany to the belief that it is Germany’s springboard. … Germany is becoming a bit too successful at charting its own destiny. And as it dawns on one European country after another that there was more to the euro than cheap credit, the ties that bind are almost certainly going to weaken.”

Throughout his article, Zeihan made a multitude of important and grave observations. His conclusion almost sounded as if it had been plucked from the archives of the Trumpet: “The paradigm that created the European Union—that Germany would be harnessed and contained—is shifting. Germany now has not only found its voice, it is beginning to express, and hold to, its own national interest. A political consensus has emerged in Germany against bailing out Greece. Moreover, a political consensus has emerged in Germany that the rules of the eurozone are Germany’s to refashion. … [T]his was not the ‘union’ the rest of Europe signed up for—it is the Mitteleuropa that the rest of Europe will remember well.”

This stunning observation will not be lost on those familiar with the history of German ambition for Europe. As Zeihan noted: “If the euro is essentially gutting the European … economic base, then Germany is achieving by stealth what it failed to achieve in the past thousand years of intra-European struggles.”

In other words, the country responsible for causing a multitude of conflicts in Europe, including the two most devastating wars in human history, is today—via its role as Europe’s economic savior—gaining dominion over the Continent.

When sharp analysts at high-profile think tanks such as Stratfor are prepared to publish challenging views such as put forward by Peter Zeihan that so closely match those of biblical prophecy propounded by this magazine, perhaps it is time our critics look more seriously into that “more sure word of prophecy”!

For more analysis on how Germany could take advantage of economic difficulties in Europe, read the article “The Greek Crisis Was Planned!” from our April issue.