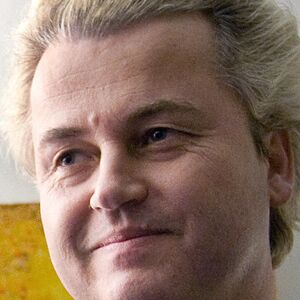 Right-wing gains in Netherlands elections are indicative of an increasing backlash against the rise of Islam on the Continent.

Over the past decade, the Trumpet has tracked a progressive right-wing swing in the European electorate. Present indications are that this trend is accelerating, even spreading across the Atlantic to America.

Our regular readers are aware that the Trumpet has been monitoring the increasing penetration by pan-Islamism into European and Anglo-Saxon society. This was always destined to end in what Samuel P. Huntington described in his 1996 bestselling book of the same title as the clash of civilizations.

Islam and Christianity are incompatible forms of religion. At source each is imperialist, globalist, universalist in its mission. The two have been on a course toward inevitable clash since the postwar revival of Islam, especially in its most extreme form of pan-Islamism.

At heart, as demonstrated by their respective histories, neither Roman Catholicism, mother of the world’s form of Christianity, nor Islam are peaceful religions. Each has a crusading past. Only since the end of World War ii has the Roman church appeared benign and, at least on the surface, unaffiliated with any political power bent on global domination. As to Islam, following the end of the Ottoman Empire, the Allies having gained victory over Turkey and Germany in World War i, little was seen of its militant form until the rise of Islamist terror in the 1970s. That Islam is not a peaceful religion has become most apparent through the impact of its most extremist forms on Western society since that time.

With minarets increasingly spiking city skylines and the call of the muezzin to prayer rising incessantly across the cities of the West, the cry of “enough” is increasingly going up from Western traditionalists. From Denmark to France and Holland, electorates are responding by voting in referenda or local elections—or by government regulation in the case of France—to stem the onward march of non-assimilative Islam across their respective cultures.

People are awakening to the reality that just as London is the banking house for the support of Islamist extremism and terror, Germany is its training ground in weapons of mass destruction and the human instruments of their delivery.

In the meantime, two recent cases in Europe—one in Germany, the other in the Netherlands—demonstrate just how extreme the tension between Christian and Muslim is becoming on the Continent.

Last week, Telegraph.co.uk reported, “The far-right politician Geert Wilders is poised to become the next Dutch prime minister after making major gains in regional elections.” And the reason for the sudden rise to popularity of Geert Wilders? His stance against the spread of Islamic influence in his country. “Mr. Wilders has called Islam a backward religion, wants a ban on headscarves in public life and has compared the Koran to Hitler’s Mein Kampf” (March 4).

Following further local elections on Sunday, an update by Reuters mentioned that “The Freedom Party (pvv) of anti-immigrant leader Geert Wilders moved three seats ahead of its rivals in a new Dutch election poll on Sunday, as support for the Christian Democrats (cda) of Prime Minister Jan Peter Balkenende continued to slip” (March 7). It is difficult to draw anything other than a conclusion that Wilders’s popularity is mainly a reflection of the Dutch expressing their desire that Islamist impact on their society be curtailed.

Next door, Germany demonstrated that not only is its secret service, the bnd, intent on tracking down extremist Islamist cells which for years have used that nation as a training ground, but Germany’s courts are intent on publicizing their intent to place such miscreants behind bars. Associated Press reported that “Islamist terrorists planned to blow up U.S. air base in Germany” and the “Attacks could have equaled London and Madrid bombings.” “The four men, operating as a German cell of the radical Islamic Jihad Union, had plotted bombing attacks against American citizens and facilities, including the U.S. Air Force’s Ramstein air base in Germany, the Düsseldorf state court found” (March 4).

The German court found that the terrorists’ goal “was not only to attack Americans—for example at bars, discos and other public places—but also to influence a German parliamentary vote in October 2007 on extending the country’s military deployment in Afghanistan …. As part of the judgment, the four were also found guilty of attempting to coerce parliament” (ibid.).

The publicity given to the conclusion to this two-year trial in Germany has come at a time when certain German elites are seeking to sway public opinion in favor of a more aggressive role by German troops in Afghanistan.

It is intriguing to note that while London, the mecca for Islamist terrorist bankers, has suffered from Islamic terrorist attack, Germany’s cities have not yet suffered one Islamist terrorist attack, save that directed at Jewish Olympians at the Munich games in 1972. It is interesting to consider that fact in relation to the deep involvement of German industry in Iran, Islamic terror’s greatest sponsor. Additionally, until quite recently, German troops have been largely spared aggressive attack from the Islamist Taliban in Afghanistan. However, as tensions have mounted between Tehran and Berlin over the past year, Taliban attacks on the Bundeswehr have increased.

That there should be rising tension between Germany and Iran is not surprising to students of Bible prophecy, for the prophecies foretell of a moment in history when a “king of the south” will push at a “king of the north.” We have regularly identified Iran as that king of the south and Germany as the prophesied leader of a rising imperial northern power. Simply put, the conservative stance of Pope Benedict xvi and the increasingly anti-Muslim expressions of the European community, of which Iran perceives Germany as leader, are just too reminiscent of the combined anti-Islam stance of both throughout history. In particular, the history of the Crusades of the Holy Roman Empire, led spiritually by the pope and militarily by Germany.

In reality, it is not so much Islamist terrorism of which the Anglo-Saxon nations should be fearful. It is the power that is prophesied to blow the Islamist “king of the south” away like a whirlwind—a whirlwind that has its source in the north, the biblical “king of the north”! And that whirlwind is stimulated by Islamic extremism provoking a reaction from this “king of the north” by its incessant, kamikaze poking and pushing at the overwhelmingly more powerful king of the north (read our booklet The King of the South for details on this).

The trends in Europe are right on target in terms of fulfilling, right on time, an over-arching plan that was laid out millennia ago and prophesied in your Bible.

What are the specific trends that irrefutably prove this?

They are patently obvious for any clear-thinking realist to grasp: a newly assertive Germany which dominates Europe financially, economically, industrially and politically; a developing Continental crisis that is destined to shatter the present form of European union into 10 distinct regions under 10 dominant leaders, all yielding to the political direction of an imperial dictator and the spiritual direction of Rome; the hiving off of Europe’s weakest economies to become vassals of the future union of 10; the drive to create a new raison d’être for nato in tandem with a pan-European defense force under leadership of a significantly German High Command; the retooling of European industry to a common standard for the combined production of armaments to empower the European defense force (our booklet Who or What Is the Prophetic Beast? identifies the prophecies relevant to these current events).

The current year is developing as the time when the EU will reconsolidate financially and economically. Following the nato summit slated for the end of this year, watch for 2011 to become the year when the EU will rapidly rise to the fore as a global power in terms of nuclear-armed military force, with the prospect of the merging of nato with the EU defense apparatus.

As all this develops, watch for the U.S. and Britain to be increasingly marginalized from North Atlantic affairs.

Writing for the New American, Charles Scaliger observed: “When—not if—the euro collapses, and with it the meticulously and disingenuously crafted European economic union, the world economic and financial order will be shaken to its core. But the inevitable result—the breakup or severe curtailment of European political union—will be a severe blow to the dreams of generations of internationalist world government partisans. In the short term, the demise of the House That Maastricht Built will be painful. But in the long run, European nations will probably recover their long-lost economic and political sovereignty” (February 26).

Mr. Scaliger may well be right with the first part of his prognostication. However, he definitely runs askew in his conclusion. The revamping of the EU, far from leading to any prospect of any of its present member nations recovering “their long-lost economic and political sovereignty,” will actually lead to the reverse—the consolidation of tyrannical power by Berlin and Rome over the lesser states in Europe, and the Slavic servitude of the 10 to those two powers!

Why can we be so confident in this assertion?

Simply because we have lived and continue to live daily with the hour-by-hour living proof of the fulfillment of inerrant Bible prophecy—the prophecy of your very own Creator, who millennia ago declared these events we are now experiencing through the pens of His prophets and had them published in the most widely translated and circulated book in all of history—your Bible!

Yet being a God of great mercy, He also had His prophets and apostles document the way that we may escape the harshest and most damaging results of these tumultuous events that are building toward the grand-smash climax at the close of this age. That climax of global events is destined to usher in the return of your Savior to this Earth!

Will you be prepared for that? Prepared for your Maker to look you in the eye and hold you accountable for what you know and what you have done about it?

Time IS short—VERY short! If ever there was a time for action in the lives of those whose minds were once opened to these great truths, yet have compromised with them in rebellion against their God, it is NOW!

If you are such a one, you need to read and study again, and quickly regain your incredible human potential!

Request immediately, free of charge and without any obligation, your very own copy of our book The Incredible Human Potential, and begin to get back on the track without any further delay!

Your potential as a son of God is far too precious to be wasted!