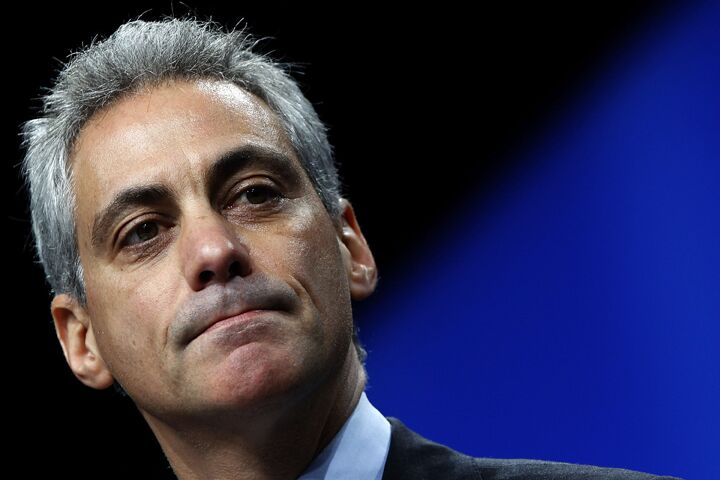 The White House says the U.S. will reduce its involvement in the Middle East peace process if no progress is made. Bible prophecy says that is exactly what will happen.

Every advancement in the Middle East peace process generates a photograph of the respective leaders shaking hands and an American president applauding the agreement. The United States, as the world’s superpower and Israel’s strongest ally, has always played a key role in brokering any peace deal. The world hasn’t expected it any other way.

Yet for two decades, the Trumpet has forecast that the time would come when America would no longer play that role. And right now, it looks like the U.S. has a president who will actually back down from being the key mediator.

Two weeks ago, U.S.-Israeli relations received another in a series of blows when White House Chief of Staff Rahm Emanuel reportedly told the Israeli consul in Los Angeles that the Obama administration is fed up with both Israel and the Palestinians.

According to the Israeli newspaper Haaretz, in a meeting between Emanuel and Jacob Dayan, consul general of Israel in Los Angeles, the White House chief of staff “told Dayan the U.S. is sick of the Israelis, who adopt suitable ideas months too late, when they are no longer effective.”

This sentiment from the Obama administration is not surprising. Israeli Prime Minister Benjamin Netanyahu isn’t exactly a welcome guest in the White House, and Barack Obama’s speech in Cairo last year signaled the U.S. was ending its special relationship with Israel in an effort to warm up to the Muslim world.

According to Haaretz, the Obama administration has responded to the Israeli concessions by saying they were too late to be effective.

According to Dayan in his report to the Israeli Foreign Ministry, Emanuel also said the peace plan proposed by former Prime Minister Ehud Olmert, which involved Israel giving half of Jerusalem away and 93 percent of the West Bank, was rejected by both the Israelis and the Palestinians.

Emanuel said that “if there is no progress in the peace process, the Obama administration will reduce its involvement in the conflict because the U.S has other matters to deal with,” Haaretz reported.

Until now, Washington had given no indication of wanting to relinquish its role as the major broker in a Middle East peace settlement.

But the Obama administration has a lot on its plate, including a tanking economy, a domestic dogfight over health care, patently flawed homeland security, and two wars. Enthusiasm for expending precious energy on the impossible task of getting the Jews and Arabs to negotiate is clearly withering. Talks have stalled since the Gaza War, and only 40 percent of Israelis even want to revive the peace process.

On one hand, abandoning this process is simply acknowledging reality. Peace talks have only inspired more violence: After the 1993 Oslo accord, Israel faced suicide bombers; after Ehud Barak’s offer, Israel faced the second intifada; and after Israel pulled out of Gaza in 2005, it received rockets from the Palestinians instead of thanks. The peace process has been a monumental demonstration of everything that is wrong with human nature. The chances of future progress at the negotiating table are bleak.

But the corresponding reality is that the White House’s retreat will leave a leadership gap in the Middle East for some new mediator to fill.

Biblical prophecy shows that Germany will step into that vacancy.

In Zechariah 11:14, God says He will “break the brotherhood between Judah [modern-day Israel] and Israel [primarily the United States and Britain].” (For more information on the biblical identities of these nations, request our free book The United States and Britain in Prophecy.) The Obama administration’s treatment of Netanyahu and even the sentiments expressed by Emanuel in his meeting with Dayan point to the imminence of that break in U.S.-Israeli relations.

This will leave a vacuum that will be filled by Germany, according to a prophecy in Hosea 5:13.

Germany already plays a role in the peace process, most recently by trying to mediate a deal where Hamas prisoners would be swapped for an Israeli soldier. On Wednesday of last week, Germany’s Foreign Minister Guido Westerwelle embarked on a five-day trip to Turkey and the Gulf to help revive the Middle East peace process and boost Germany’s image as a mediator in the region.

Germany’s previous foreign minister, Frank-Walter Steinmeier, even said relations between Germany and Israel would always be special. “From the responsibility for the past grows the commitment for the future,” Steinmeier said in a speech in Berlin last year. He stressed Germany’s historical responsibility to defend Israel due to his nation’s role in the Nazi Holocaust.

Hosea 5:13 prophesies that Israel will accept Germany’s offer and seek help from there, rather than from the U.S., to solve its security problems. This decision, however, will end in disaster.

The good news is the Bible says the Middle East will have peace, though it won’t come from any nation’s efforts. If you want to know the only solution to the Middle East peace process, request our free booklet Jerusalem in Prophecy.