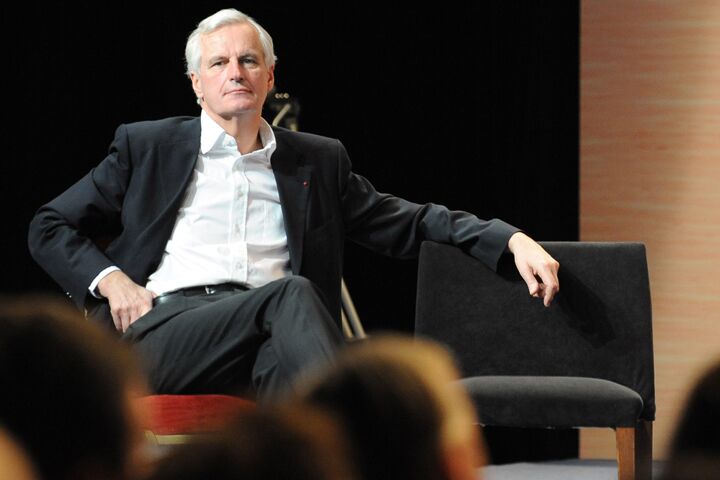 Recent wrangling over EU economic regulation is proving Britain to be a lightweight in the Union.

“The English are the big losers in this business.” That’s how French President Nicolas Sarkozy summed up Britain’s new place in Europe’s economic system. The context was France gaining the powerful EU post of internal market and services commissioner with Michel Barnier’s appointment. With a Frenchman in the post, the UK is rightfully concerned about a European push for tighter regulation of the Anglo-Saxon economic model. A recent compromise over financial regulation justifies Britain’s concerns and proves just how right Sarkozy is.

European finance ministers have reached a deal to overhaul Europe’s financial supervision with a new set of regulators, according to French Finance Minister Christine Lagarde.

“It was a laborious process; not everyone was on same wavelength,” Lagarde told reporters in Brussels. “We’ve found a compromise. We’re in the process of creating a real European authority.”

The finance ministers of member nations met to discuss a proposal by the European Commission to create an economic watchdog led by central bankers to oversee banks, insurers and investment firms. They debated how much power the new regulators should have. The member nation that found itself tuned out of Europe’s wavelength was Britain.

France pushed for a stronger supervisory board that could force member states to bail out their banks unless member states acquired a majority backing to overturn the decision. Britain wanted the burden placed on the board by requiring the European council of supervisors to seek a majority to force the use of a country’s tax funds to bail out a bank.

The compromise was that a simple majority is needed to reverse emergency decisions, Lagarde said.

The compromise was a loss for Britain, because even though it may be a bit easier to overturn the council’s decision, the burden is still on the member nation to defend itself from a decision that would force it to use public funds against its will. The deal amounts to another attack on the sovereignty of individual EU member nations, which now can no longer determine how their own tax money is spent.

The UK is fighting a losing battle to keep its economic sovereignty. Chancellor Alistair Darling argued in the London-based Times for national supervisors to retain responsibility for overseeing individual companies,writing, “Making companies directly accountable to more than one authority is a recipe for confusion.” Darling added that it was in Europe’s interests for London’s business to prosper.

Europe blames the financial fiasco of the past year on the Anglo-Saxon model, which relies heavily on free-flowing credit. It is already creating a massive regulatory regime replete with a labyrinth of regulations and laws that will ensure London’s way of doing business won’t prosper again.

The new regulatory system will include a European Systemic Risk Board of central bankers and national regulators along with three new European Supervisory Authorities to oversee banking, securities and insurance firms, according to the Commission’s proposal. These authorities will ensure EU finance laws are implemented consistently in every member country.

France’s big win in gaining the powerful internal market and services commissioner post, which oversees banks and financial services, gives it significant influence through one of the most authoritative positions in the EU, since the bloc itself evolved from an internal market agreement and has a long tradition of this kind of regulation.

France has fallen in line with Germany. These two nations, which dominate the EU, are among the most outspoken in calling for the Anglo-Saxon model of financial business to be replaced with stronger regulation, not just for the EU, but for the entire world.

While Germany and France are using the G-20 summits to push for remaking the global financial system into one of their own liking, all that is left to do in the EU is cleanup work. With Barnier’s appointment, Germany and France are in a prime position to finish binding EU member nations into a tightly regulated economic structure.

What Sarkozy said is correct: Britain is the big loser on the European Union’s economic scene. What remains to be seen is how long Britain will seek to fight what is already a lost sovereignty battle in the EU before it is either kicked out of the Union or simply quits. For more information on our biblically based forecast that Britain will leave the EU, read our article “EU Membership: A Defining Moment Approaches for Britain.”