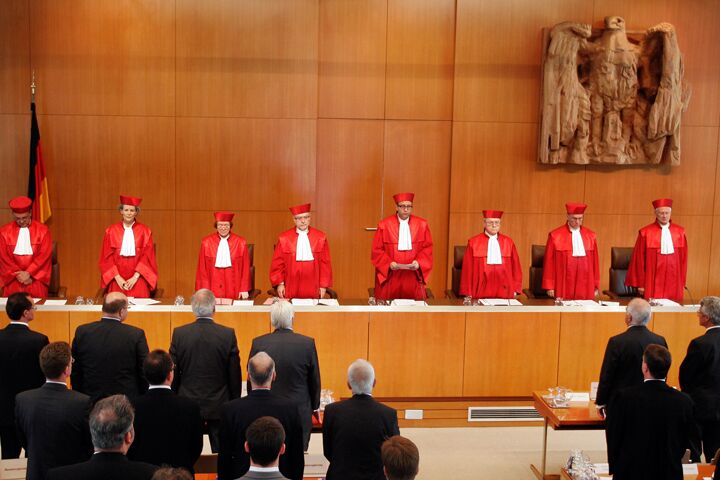 Coincident with the enacting of the Lisbon Treaty/EU constitution on December 1, Germany’s Constitutional Court has ruled that the nation’s capital must, like the rest of the country, abide by the law instituting Sunday as a day “of rest from work and of spiritual improvement” (Deutsche Welle, December 1).

Since the war, Berlin had enacted its own legislation allowing 10 shopping Sundays per year. That local ruling is now quashed. Effective from Jan. 1, 2010, Berlin must fall into line with the law institutionalizing Sunday as a day of rest and religious contemplation as contained in Germany’s Basic Law.

The actual law establishing Sunday as Germany’s weekly day of worship is enshrined in an appendix to the Basic Law under the heading, “Extracts From the German Constitution of Aug. 11, 1919 [Weimar Constitution].” There we find, under the subhead “Religion and Religious Societies,” Article 139, which reads: “Sunday and holidays recognized by the state shall remain protected by law as days of rest from work and of spiritual improvement.”

Though, under that same section, Article 137 (1) states “There shall be no state church,” the effect of the Sunday law is to institutionalize Roman Catholicism and its daughter churches as Germany’s state religion.

Those aware of the history of the Holy Roman Empire of the German Nation will see this move by Germany’s highest court as one step further toward enforcing Rome’s religion, not only as the state religion on Germany, but on the whole European empire enacted by treaty on this infamous day, Dec. 1, 2009.

The prophecies of Revelation 13 leap into current-day perspective with this latest ruling of Germany’s Constitutional Court. For a clearer understanding of just where this is all leading, read our booklet Who or What Is the Prophetic Beast?