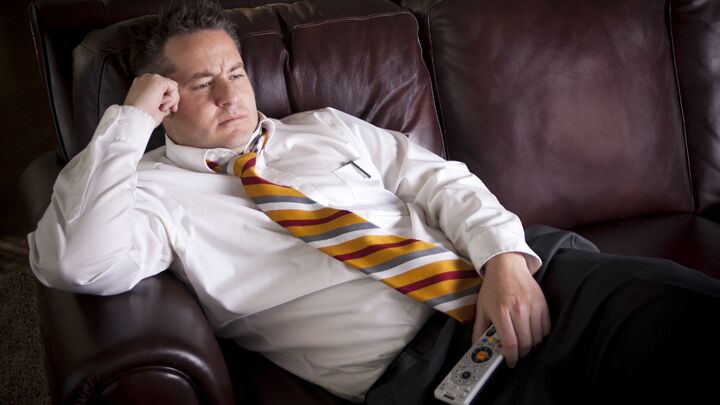 What has caused it and what it means for the West

From the September-October 2002 Trumpet Print Edition

If ever there was a time to bemoan the death of culture, that time is now. Serious ills in Anglo-American society have led us down the path to becoming a culturally inept people.

Webster’s defines culture as “acquaintance with and taste in fine arts, humanities ….” It is also “enlightenment and excellence of taste acquired by intellectual and aesthetic training.”

But the English-speaking peoples live in an age of affluence and ease. Even our “work” tends to be easy. We’ve been numbed to believe everything should come easy—especially our culture. If it takes effort and education to appreciate it and enjoy it, then we will probably move on to something easier—which usually means something of lesser quality. So true culture, by its very definition, dies.

The advent of television has been a huge part of this problem. For every hour of television we watch, we spend four minutes in cultural activities. And no wonder. Television is easy. It takes much less hassle (not to mention being more affordable) than getting dressed up, leaving the house and forking out $25 a seat to attend a play or a concert. And what it shows us caters to our culturally challenged minds. It is showy, flashy, catchy, entertaining. And if we don’t like what we see, we can change the channel.

Television could help the phenomenon—making operas, new plays, historical information more accessible. But, aside from public television, it has done just the opposite.

Now, let’s not point fingers. Truth is, we want it that way.

This age of affluence should allow us to enjoy the “finer” things of life. To attend plays, concerts and art galleries, to establish a hearty classical music library in our home,to have the time to enjoy fine literature. Instead, we go for what’s easy.

Part of the reason is that we simply don’t know any better. So many are as wealthy as aristocrats, yet without the training in culture that goes along with being of noble blood. We haven’t been educated to know the difference between fine and finer. What is excellence? What is taste? Modern education has failed to teach cultural literacy and history—to cultivate appreciation for the finest achievements of man’s literature, art, music.

We live in a society—and here is the danger, even beyond culture—that puts less and less emphasis on history and more on the “now”—on immediate gratification. This makes appreciation for fine culture (which takes time and effort to develop) more difficult. In the process, we have become a society of cultural amnesiacs who don’t have time for anything but catchy tunes that don’t require more than 31⁄2 minutes of our attention.

In times past, cultured individuals weren’t just the elite, the aristocratic. There was a time when operatic arias were the pop songs. If people couldn’t afford to attend concerts, they made their own—gathering around the piano, each child with an instrument, to play music for their evening entertainment. The masses were cultured because they were the culture!

Understanding art, theater, literature, opera takes time, experience, education. But, sadly, today we rarely slow down, appreciate, observe, relax. Such a lifestyle is marring not only to high culture and excellence but to our entire perspective on the world, on significant history, on important issues, and even on our morals.

Another major modern weapon in destroying true culture is our popular culture with perversion and obscenity as its predominant characteristics—a culture that appeals to the very attributes that destroy high culture. We’ve come to embrace an overabundance of hedonistic and crude reality television shows, hormonally driven dating shows and sitcoms portraying the supremely unrealistic active sexual lives of singles—all of it showing human nature at its lowest. We are entertained by the scandal-ridden lives of our celebrities. This is our “culture.” It is a subculture that has killed true culture—which should, for the most part, show humanity at its finest, most excellent physical and mental state of creativity and achievement.

Since the early part of the 20th century, our New Morality has created a rebellious youth contingent—identifying with their desires and feeding an ever-growing generation gap—which has contributed to the fall of excellence in taste to the death of classical music and the scarcity of fine art and literature.

Because we have become a society glutted on popular entertainment, affluence and ease, culture is being nonchalantly shoved aside. Because we’ve lost a proper perspective of time, history and education, culture is taking its dying breaths. Even if culture were the only victim, it would still be a remarkable tragedy in the annals of Western civilization. But what’s worse is that all these ills that plague culture reveal deeper problems about our society and the disastrous direction it is headed.