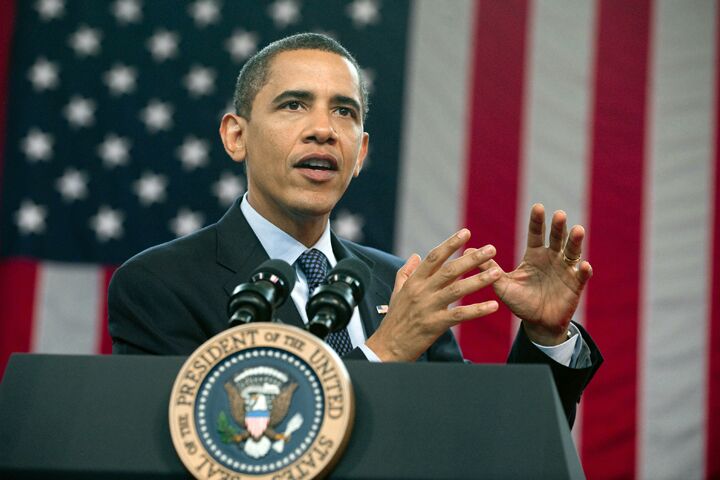 Why the office of the president demands our respect

Last year, President Bush was on the receiving end of an airborne shoe, and rather than express outrage, other leaders mocked the incident. Dozens of games appeared online where people could throw shoes at a digital President Bush. Still, the shoe incident was mild compared to the verbal bombs hurled at him for the last eight years.

Now, President Obama’s visage is plastered across conservative websites made up to look like Heath Ledger’s Joker, a grotesque caricature of a clown bent on destruction. President Obama is now subject to the same type of harassment his predecessor suffered.

Regardless of politics, religion, social class, gender, race, the president represents the highest office in the country. When the leader of what claims to be the most powerful country in the world is insulted, do we add our voice to the discontent—or do we register our disagreements respectfully? This matter isn’t about Barack Obama as a man; it’s about his lawfully obtained office and the country he represents.

But his agenda!, some might respond. And yes, the cap-and-trade, auto bailout, universal health care, quasi-socialist agenda he promotes incenses many of us. His support of abortion, homosexuality and other parts of his stated intent for our country directly contradict the Bible. We can and should attack sin—and the Trumpet does—but that does not justify disrespecting the office President Obama holds.

In ancient Israel, was David against King Saul’s agenda to murder him? Of course, but David still knew it would be wrong to kill King Saul when the opportunity came, instead cutting off only a small piece of his robe (1 Samuel 24:3-4).

Even that turned out to be more than the future king could stomach (verse 5). King Saul was no longer in favor with God, prophesied to lose his office, and chasing David himself like a wild animal for slaughter. Still, David’s respect for King Saul’s God-ordained office came first: “The Lord forbid that I should do this thing unto my master, the Lord’s anointed, to stretch forth mine hand against him, seeing he is the anointed of the Lord” (verse 6).

Jesus Christ showed respect to every human ruler He came into contact with—not because of the men, but because of the offices they represented. He didn’t even rail against those who murdered Him!

Jude 8-10 warn about speaking evil of dignities, pointing out that the archangel Michael, while contending with Satan for Moses’s body, “durst not bring against him a railing accusation, but said, The Lord rebuke thee. But these speak evil of those things which they know not: but what they know naturally, as brute beasts, in those things they corrupt themselves.” That was talking about the most evil being ever to exist.

The Apostle Paul wrote: “For there is no authority except from God, and those that exist have been instituted by God. Therefore he who resists the authorities resist what God has appointed …” (Romans 13:1; Revised Standard Version). We may have elections, but no man takes office without God allowing him to do so.

The spirit of rebellion against those in office comes from Satan. He expressed his own desire to overthrow God’s government. “How art thou fallen from heaven, O Lucifer, son of the morning! how art thou cut down to the ground, which didst weaken the nations! For thou hast said in thine heart, I will ascend into heaven, I will exalt my throne above the stars of God: I will sit also upon the mount of the congregation, in the sides of the north: I will ascend above the heights of the clouds; I will be like the most High. Yet thou shalt be brought down to hell, to the sides of the pit” (Isaiah 14:12-15).

A person might say, though, God’s government is perfect. President Obama’s is not! Well, neither was Pontius Pilate’s; neither was King Saul’s. Neither was Ronald Reagan’s or Winston Churchill’s. No human leader has ever led a perfect government. God does not sanction abusive leadership, but He will judge those men—not us.

The next time you read a news source slamming one of this world’s leaders, ask yourself what the intent is. The United States was built on freedom of speech, and every man should have a voice—especially as we see the American economy systematically dismantled and society morally collapsing. But there is a difference between simply exposing a wrong agenda and disrespecting a dignitary—something a true Christian should never do. Do the news sources you use deliberately strip President Obama’s title as a means of removing the dignity of his office? Do they mock him with cartoons and use the worst images of him they can find? Do the discussions you join go beyond attacking a wrong agenda—attacking sin—and descend into speaking evil of dignities?

Rather than join in with a show of disrespect, honor the highest office in the country—the president of the United States—by attacking sin, not the sinner, just as Jesus Christ would.