It’s more difficult than ever. 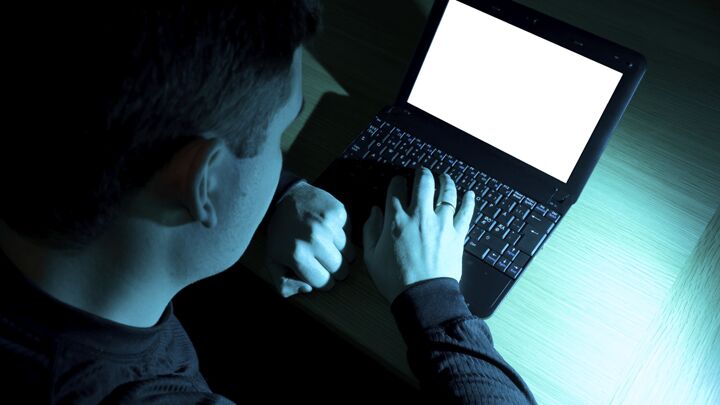 It’s more difficult than ever.

Pornography used to be more difficult to get to—confined to the other side of the tracks, hiding in the hardscrabble, no-go zones of the city. The shame used to be prohibitive.

Now pornography lurks in your home, right inside your computer. All you have to do is click.

Why? In areas with higher social stigma attached to such behavior, people may be less inclined to visit a sex shop. But the anonymity and accessibility offered by the Internet is proving too great a temptation. A 2007 ChristaNet.com poll found that one in five women and half of men calling themselves Christian are addicted. Despite their publicly professed faith, in the secrecy of their bedroom or study they view just as much pornography as the next guy.

The Path to Addiction

It begins with just a mouse click. In fact, it begins before that, with hundreds of advertisements for normal products emphasizing sexuality, desensitizing your mind and making your definition of actual pornography a little more graphic.

Then there are the pervasive ads, pop-ups, e-mails and other lures to snag you. If you click, you can soon become hooked on “soft” pornography. Then you want a little more, and a little more. That’s how addiction works. Pornographers know it. They distribute this “soft” version of fornication, often for free, because they know that minds will become more and more numb to it, build up a “tolerance,” and then want something a bit more perverse the next time.

This is why pornographers produce more and more perverted and extreme Internet sex. It’s not that people have naturally perverse sexual appetites. They learn it. And often, they can’t stop.

“The men … who become hooked on this bilge are often miserable about it,” wrote Mona Charen in the National Review (Dec. 19, 2008). She quoted psychiatrist Norman Doidge as saying, “Pornographers promise healthy pleasure and a release from sexual tension, but what they often deliver is an addiction, tolerance, and an eventual decrease in pleasure. Paradoxically, the male patients I worked with often craved pornography but didn’t like it.”

The effects are devastating. Relationships suffer. Men lose the ability to relate with and respect women. They lie about their addictions and deceive their wives, families and friends. They can’t spend time together with others and have fun the same way they used to. Healthy emotion evaporates. Trust shatters. The more they watch, the more mundane actual sex becomes. Their opinion of their wives and girlfriends changes. Their opinion of themselves changes.

The horrible effects of pornography supply ample and vivid proof that the spiritual law of God is as much in effect today as the physical law of gravity.

Jesus Christ roundly condemned such images: “I say unto you, That whosoever looketh on a woman to lust after her hath committed adultery with her already in his heart” (Matthew 5:28). Adultery breaks the Seventh Commandment. God outlawed it because it makes our lives miserable.

A War Against the Soul

Whether you consume pornography or just live in this pornophilic culture, you need to know how to keep yourself pure and clean.

God doesn’t just tell us to avoid pornography. He gives practical instruction—that is up-to-the-minute relevant in today’s world—on how to do so.

It isn’t easy. The Apostle Paul called it a life-and-death struggle: “Put to death, therefore, whatever belongs to your earthly nature: sexual immorality, impurity, lust, evil desires and greed, which is idolatry” (Colossians 3:5, New International Version). The Apostle Peter called it war: “Dearly beloved, I beseech you as strangers and pilgrims, abstain from fleshly lusts, which war against the soul” (1 Peter 2:11).

Staying pure and “unspotted from the world,” as James 1:27 advocates, is difficult. But Scripture commands us to bring into captivity every thought to the obedience of Christ (2 Corinthians 10:5).

Human nature wants to get as close to a temptation as we can. That is a guaranteed path to failure, because, as Christ said, “[T]he spirit indeed is willing, but the flesh is weak” (Matthew 26:41).

The Bible tells us, simply and frankly: Flee fornication (1 Corinthians 6:18). That means not rationalizing about what we can “handle,” but rather being truthful with ourselves and with God, and seeking to keep ourselves—and our families—as far away from unsuitable material as possible.

To become pure, we must be vigilant gatekeepers for what goes into our minds. Shun entertainment with inappropriate sexual content. Strictly avoid movies that contain nudity or lust-inducing sexuality. Before deciding to see a movie, check reviews from moral-based film critics; websites such as MovieGuide.org provide much more comprehensive explanations of possibly objectionable material than the only-vaguely trustworthy mpaa system employed in the United States. Consider cutting out “r” or even “pg-13” rated movies altogether.

Get a program or add-on to your Internet browser that blocks objectionable material. I use ProCon Latte on Firefox.

Romans 13:14 instructs us to “make not provision for the flesh, to fulfil the lusts thereof.” The Living Bible translates this, “[D]on’t make plans to enjoy evil.” Rid your life of all the temptations you can, and then burn your bridges.

When to Win the Battle

What if you do find yourself drawn toward sexually explicit material?

Understand: It is not a sin in and of itself to have a tempting thought. The sin is allowing ourselves to dwell on that temptation.

That’s why it is important to become skilled at directing our thoughts—to get in the habit of immediately stopping a sinful line of thinking the moment we recognize it. That is realistically the best—and perhaps only—moment you can make a genuine choice to block it. Once you’ve tossed it around mentally a few times, it can be virtually impossible to then get rid of it before it leads to a sinful act (James 1:14-15). At the first moment of temptation, break that thought before it takes root. Immediately force yourself to think on something else. The longer you let the wrong thoughts linger, the likelier they are to lead to action.

If you do fail, remember the command to flee fornication. Don’t wrestle in your mind. Don’t try to be cool, calm and collected. Flee. Physically run—get away from the source of temptation. Immediately change the channel, turn off the tv, walk out of the theater, turn off the computer, end the conversation.

The point is, do whatever you must to conquer the problem. Remember Christ’s instruction. After explaining that simply looking lustfully can constitute adultery, He said, “And if thy right eye offend thee, pluck it out, and cast it from thee: for it is profitable for thee that one of thy members should perish, and not that thy whole body should be cast into hell” (Matthew 5:29). If you have to get radical, do so.

These strategies are essentially tangible, physical means of eliminating or at least minimizing the temptations presented by this world and our own minds. The trouble is, many people have deep-rooted sexual addictions that cannot be solved by such methods. They suffer the effects of childhood trauma, deep emotional emptiness, and/or simple entrenched habit.

In many cases, willpower alone will not solve the problem. So often, the spirit is willing—but the flesh is just too weak to produce lasting change! True freedom from pornography and lust cannot come from the “flesh.”

But it can come.

The Bible is filled with promises of spiritual help in overcoming such obstacles!

Read this guarantee in Psalm 119:9: “Wherewithal shall a young man cleanse his way? by taking heed thereto according to thy word.” Christ Himself supported this fact in John 8:32: “And ye shall know the truth, and the truth shall make you free.”

Notice James 4:7-8: “Submit yourselves therefore to God. Resist the devil, and he will flee from you. Draw nigh to God, and he will draw nigh to you. Cleanse your hands, ye sinners; and purify your hearts, ye double minded.”

These are promises God makes to His begotten children—those in whom, upon His calling them and their responding in repentance, He has imparted a measure of His Holy Spirit. He then fulfills these promises through the power of that Spirit. This awesome spiritual power is not available to any but those whom He has called and to whom He has given it upon their repentance.

Perhaps God is convicting you and calling you to repentance—a complete turnaround from a life of sin to a life of overcoming. God wants all people to come to repentance (2 Peter 3:9), but at this point He is calling only a very few to do so. If you believe you may be one of them, request immediately a free copy of our potent and convicting little booklet Repentance Toward God. It could be the first step toward truly ridding yourself of the evils of pornography and lust, and achieving the true purity God wants in your life!