Do not overlook the deep significance of this event! 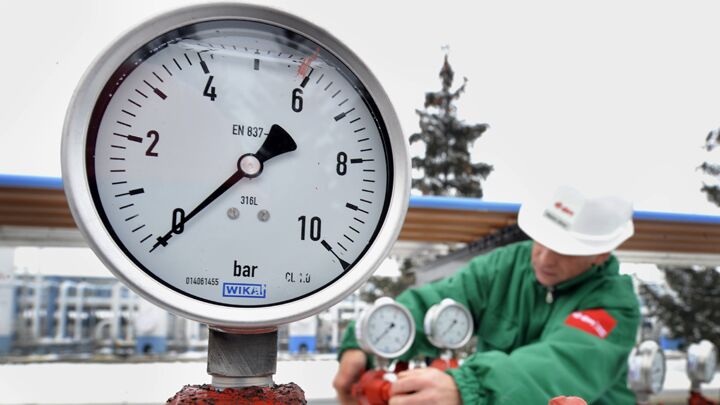 Do not overlook the deep significance of this event!

Last August, when Russia invaded the tiny nation of Georgia, Trumpet editor in chief Gerald Flurry wrote that “Russia’s attack on Georgia … marks the beginning of a dangerous new era in history” (emphasis mine throughout).

Dr. George Friedman from Stratfor said this about it: “The war in Georgia … is Russia’s public return to great-power status.”

Forcing Georgia back into the Russian sphere of influence was stage one of Putin’s plan to return Russia to “great-power status.” And it was successful, thanks in no small part to Germany’s complicity (For all the details, read “Russia’s Attack Signals Dangerous New Era” from the October 2008 issue.)

For a short while, the Georgia invasion dominated global headlines. A handful of astute analysts captured the magnitude of the event and how it demonstrated the confidence and dark ambition of the Kremlin.

Then the financial crisis of September 2008 struck, and the media began to neglect Russia’s history-altering actions. With world leaders and journalists focused on economic crises, pressure on Vladimir Putin subsided, and the former kgb operative was left alone to concoct stage two of his grand strategy to promote Russia as a global power.

After recognizing stage one of Putin’s plan, Mr. Flurry anticipated what the next stage might be: “Will a crisis occur over Ukraine?” he asked last October. “That area is the breadbasket of Russia, and surely it is willing to wage war over that as well.”

Mr. Flurry got even more specific. “Russia has Germany—and all of Europe—over a barrel. Cutting off part of the flow of gas to a country would wreak havoc on the economy!” he said, implying that a gas crisis with Europe might well be used to carry out stage two of Putin’s plan: to wrest Ukraine from Europe and back into the Russian sphere of influence.

When Russia reduced its natural gas exports to Ukraine on January 1, initial reports indicated that the spat would stay between Kiev and the Kremlin, would be short-lived and would not majorly impact Europeans. European countries, with supply lines and tanks at full capacity, weren’t overly concerned about another mid-winter energy crisis like the winter 2006 debacle.

Three days after the first reduction, when it was apparent Ukraine was not hurting like Russia had hoped, the Kremlin cut supplies further. Still, that wasn’t enough. The next day, Moscow stopped natural gas shipments through the last large operating pipeline through Ukraine, cutting off all gas flowing to Europe via Ukraine.

Europe was embroiled in a major energy crisis, again. It didn’t take long before the heat and lights went out up and down the Balkan Peninsula, Bulgarian consumers were told to switch off gas stoves, and Slovakia declared a state of emergency. Meanwhile, deep cuts to supply in Greece, Macedonia, Hungary, Croatia, Austria, the Czech Republic, Romania, Poland, France, Germany and Italy affected millions and cost European industry billions.

Tensions soared. Like the homes of countless Europeans, relations between Russia and Europe cooled, fast. For three weeks diplomats and politicians scurried furiously. The Kremlin argued that its beef was with Ukraine, not Europe. That was diplomatic drivel. Moscow was well aware that the EU imports 25 percent of its gas from Russia, 80 percent of which flows through pipelines dissecting Ukraine. When Russia punished Kiev, it knew the pain would resonate across Europe.

Truly, the energy crisis was more than a mere spat between Kiev and Moscow over money. It was a concerted effort by Russia to rope Ukraine and tug it away from Europe and back into the Russian sphere of influence.

“Ukraine hems in the south of European Russia so thoroughly that any hostile power controlling Kiev could easily threaten a variety of core Russian interests, including Moscow itself,” Stratfor analyst Peter Zeihan explained. “Ukraine also pushes far enough east that a hostile Kiev would sever most existing infrastructure connections to the Caucasus. Simply put, a Ukraine outside the Russian sphere of influence transforms Russia into a purely defensive power, one with little hope of resisting pressure from anywhere. But a Russified Ukraine makes it possible for Russia to project power outward, and to become a major regional—and potentially global—player” (January 13). Without Ukraine, Russia’s efforts to become a dominant international power are doomed to failure!

That must have been music in the ears of Putin.

The Leader of Europe

Considering how Germany led Europe in restoring ties with Russia after the Georgian crisis, it was hardly surprising to see Germany surface as the central player in efforts to find a solution to the gas crisis.

It has become increasingly evident that Germany wields by far the most influence over European policy and effectively dictates EU foreign policy. Perhaps the most important lesson from the Georgian crisis of last August is that Germany is the mediator between Russia and Europe, and the European nation that Russia most fears and respects.

Unsurprisingly, as the gas crisis intensified it became more evident that the solution would undoubtedly run through Berlin. By Saturday, January 17, nearly three weeks after the crisis began, Ukrainian Prime Minister Yulia Tymoshenko and her Russian counterpart, Vladimir Putin, had reached a preliminary agreement for Russia to restore gas supplies to Ukraine and Europe. Less than 48 hours later, a formal agreement had been signed, and the lights and heat were back on in Europe.

The reconciliation was surprisingly sudden. A myriad of deals and discussions had occurred between every shade of politician and diplomat from Europe, Ukraine and Russia in the 17 days preceding that meeting. They had all failed—until January 17.

Notice what Stratfor reported that weekend. “Two very telling details about [this deal] reveal the future of Ukraine and Russia’s relations with each other, and with Europe.

“First, as we noted while following the negotiations, this energy crisis was never about the big public summits involving the Russian and Ukrainian leaders and the EU, but the behind-the-scenes deals being struck by the real power brokers: Russian Prime Minister Vladimir Putin,Ukrainian Prime Minister Yulia Tymoshenko and German Chancellor Angela Merkel” (January 19).

The date of those meetings won’t be lost on regular Trumpet readers. “On January 16, Putin [conducted a meeting] with Merkel and then returned to Moscow where he met with Tymoshenko—with a deal struck soon after” (ibid.). The solution to Europe’s gas crisis was hatched in Berlin on January 16—in private meetings between leaders from Russia and Germany—and then basically imposed on Ukraine the next day, January 17, in Moscow!

How did Germany assuage the Russians? “The players [Germany, Russia and Ukraine]—and their true roles as power brokers—are important, for they are the only ones who really understand and are willing to commit to what needed to be done in order to get the natural gas flowing again: Return Ukraine to the Russian fold” (ibid.).

Time will likely prove Jan. 16, 2009, a significant date in the Russo-European relationship. That was the date Germany—in a deal akin to its deal with the Kremlin over Georgia a few months earlier—struck a deal with Russia that will see Ukraine return to the Russian fold!

For Germany, the Russian gas crisis was a spectacular opportunity!

By abandoning Ukraine in a deal with Russia, Germany simultaneously cemented its understanding with Russia and its position at the heart of Europe. By securing the agreement that got gas flowing into Europe again, Germany won goodwill from its neighbors, proved its credentials as the central mediator between Russia and Europe, and furthered its case to be the mouthpiece and trendsetter of Europe, the dictator of European foreign policy!

By unilaterally striking a deal with Russia, Germany put other European states in a bind, forcing them to decide what to do about Ukraine. “There are many countries in Europe, like Poland, that were not willing to give up their support of a Western-oriented Ukraine, as Germany seems to have done,” Stratfor wrote. “But many have received their warning from Russia, which has shown it is willing to do more than tinker with energy supplies” (ibid.).

Each European nation is being forced to make the decision: Follow the precedent set by Berlin and release Ukraine to the Russians in return for lights and heat—or oppose Germany, upset Russia, and stand in the dark and cold with Kiev.

How prophetically significant were these events! They cast a bright light on the continued growth of “great power” Russia—on the ultimately doomed effort by Ukraine to escape Russian control—on the location of the dividing line between Russia and Europe—on the shrewd and portentous deal-making between Moscow and Berlin—on the stark need for Europe to aggressively seek energy from other sources—and on the undeniable, inexorable rise of Germany as the leader of Europe. Readers of the Trumpet have been encouraged for years to watch for all of these trends—because each of them was foretold millennia ago in the pages of biblical prophecy!