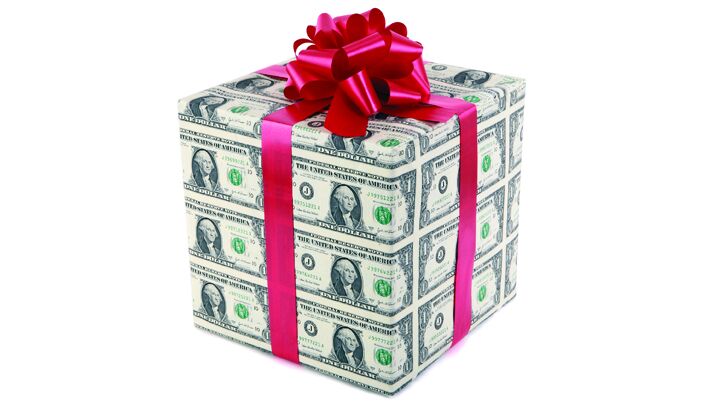 The United States is beyond broke. Why, then, in March did it offer $300 million to reconstruct the Gaza Strip? And another $600 million to help the Palestinian Authority pay its bills? That’s $900 million of other people’s money—for a cause that is profoundly flawed.

If we could follow those $900 million as they make their way from America’s printing presses into Palestinian pockets, we would likely find them, in a best-case scenario, padding Palestinian Authority bank accounts—and at worst, helping Hamas terrorists and funding Israeli deaths. As U.S. Rep. Mark Kirk said, if Hamas only lays hands on 10 percent of that $900 million, America will become its second-biggest benefactor after Iran.

Iran’s mullahs really should send Washington a giant thank-you card. This is merely the latest in a series of gifts America has given the Islamic Republic.

Tehran is the strongest power in the region. It owns the Gaza Strip through Hamas. It controls Lebanon via Hezbollah. It is gaining a sturdy ally in its former archenemy Iraq. Even the threat it faces from Afghanistan isn’t nearly as great as in 2001. In all of these arenas, the United States has either stood aside or directly helped Iran’s cause.

And now in the White House is a president who has repeatedly voiced his desire to turn Iran into a diplomatic partner, if not an ally. The new administration has spoken seriously of opening a diplomatic office in Tehran. It hopes to prevent Iran from gaining nuclear weapons by offering economic incentives. On top of that, the new president’s budget shrinks military spending to Sept. 11, 2001, levels.

At a nato summit in March, Secretary of State Hillary Clinton proposed an international conference on Afghanistan’s future. She then announced that the U.S. wanted Iran, as an important neighbor of Afghanistan, to attend.

Yes, America is seeking Iran’s help in battling the Taliban. What makes that fact so astonishing is this: A prime reason Tehran’s participation would be so valuable is the fact that it has been arming the Taliban. Its Revolutionary Guard has provided both the Taliban and al Qaeda in Afghanistan with sophisticated explosives to use against U.S. troops. Iran knows all about the movements of al Qaeda through Iranian territory and into Afghanistan. It has deliberately turned up the heat in the Afghan theater in order to distract America from events in Iraq and from its own nuclear pursuits.

Rather than view these acts as proof that Iran is a dangerous enemy, however, the Obama administration views Iran as a potential partner. It wants to draw on Tehran to supply intelligence for use against the Taliban and al Qaeda. It also hopes to use Iranian territory as a supply route for American and nato troops.

Such thinking shows a profound confusion over the nature of the enemy. Iran has become many times more dangerous to U.S. interests than both the Taliban and al Qaeda combined. And a huge reason is simply that it has benefited so greatly from just this sort of insane policy.

The U.S. is acting on the fantasy that Iran, offered just the right combination of flattering words and economic rewards, will transform itself from a terrorist-sponsoring, nuclear-war-hungry hive of extremism into a peace-loving partner in defending Western values.

In reality, to ask for Iran’s help in securing Afghanistan is not unlike paying extortion money to a bully so he’ll stop beating you up.

Guess who is deeply alarmed at this development? Not just Israel. Also watching America’s overtures toward Iran with justifiable anxiety are the Arab states in the region that fear Tehran’s growing power. These same Arab states were actually rooting for Israel in its war against Hamas earlier this year simply because they fear Iran more than they hate Israel.

Saudi Arabia and other Arab states have pleaded with President Obama not to make any concessions to Iran without consulting them. Before the Afghanistan summit on March 31, they planned an Arab League summit where, Stratfor wrote, “Saudi Arabia will take the lead in trying to demonstrate a united Arab front against an emergent Iran” (March 5; emphasis mine).

What are they so worried about? At the top of the list: Iran’s nuclear program.

Meanwhile, in February, Iran successfully launched a satellite into space. Experts said this proved Iran can now project an object at least 150 miles above Earth—including an intercontinental ballistic missile with a nuclear payload.

This is the country America wants to partner with to lock down Afghanistan. The new president is beginning to shove aside existing relationships with Israel, and with Saudi Arabia and other Arab allies, to pursue a potential relationship with Iran.

Bible prophecy speaks of a “king of the south” dominating the Middle East in our day. We have shown for over 15 years that Iran is fulfilling that prophetic role, as our free booklet The King of the South proves.

But it is still absolutely appalling what a central role the U.S., of all countries, has played in bringing that prophecy to fruition.

What does Iran think of the potential relationship? So far it has responded by accusing the U.S. of making the Afghanistan mess worse and demanding that it just leave. Iran’s top military commander said President Obama is just as “warmongering” as President Bush was.

For all America has given Iran, one would expect a little more gratitude.