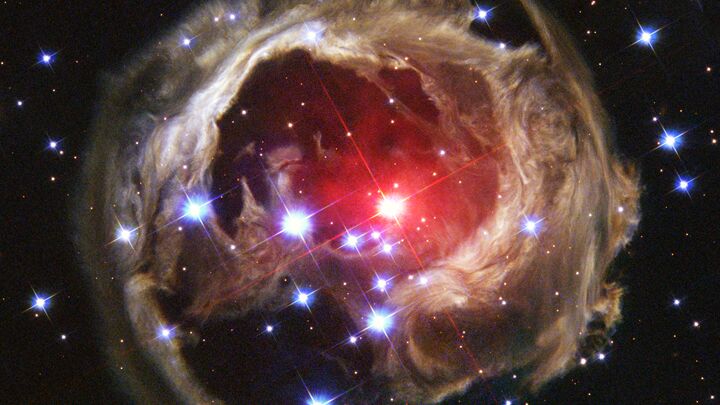 I just attended the Jerusalem and Herzliya conferences in Israel, only days before Israel held its election.

The conference speakers were some of the most brilliant leaders from around the world. But they are groping in the dark for solutions to the Middle East crisis and other global crises.

The speakers discussed all kinds of bad news. They tried to give us solutions and hope, but they failed miserably.

One world-famous writer believed that imagination could lift us out of our evil morass. But it was human imagination that led us into many of our present problems.

Winston Churchill warned his country and the world about Hitler in the 1930s. He was condemned by Oxford and almost every university in the Western world (including the educated media). Nevertheless, his warnings proved to be extremely accurate.

Many authorities say Churchill as prime minister saved Britain and the Western world in World War ii. But academia did not learn one lesson from that experience. Our nations are making those same mistakes today on a far greater scale.

Educators refuse to learn from their own history! They are not humble enough to change course even when they have been proved wrong. That conclusion also applies to the media.

During the recent Gaza war, about 100,000 demonstrators in London screamed their support for the Hamas terrorists. The universities said and did nothing to condemn the demonstrations.

If Churchill were still alive, you can be sure he would have condemned such behavior.

Some of our leaders have said that you make peace by talking to your enemies. But you could talk to Iran’s president, Mahmoud Ahmadinejad, and his terrorist proxies for a trillion years and never achieve peace.

These terrorists think and act like Hitler did. And our leaders should know—as Churchill did with Hitler—that we have gone far beyond the negotiation stage. Now is the time to fight!

Our liberal arts college in Edmond, Oklahoma, delivers a very different message from that of most educational institutions of this world. It is a message filled with solutions and hope. To learn about it, request a free copy of our booklet Education With Vision.

Look to the People?

An Israeli speaker at one of the conferences said that Israel only needs to look to the people and all will be well. But I doubt if the speaker really believed what she said. Her nation is deeply and hopelessly divided as it is about to face a nuclear Iran that has vowed to wipe Israel off the map, and its terrorist proxies, undoubtedly armed with nuclear devices. Surely strong leadership is needed to help unify the people to face this unparalleled challenge. But would most of the people even respond to a strong leader?

Of course, she is presuming her message is the solution. But that is at the heart of the problem of all the speakers: We face problems today that are totally beyond man’s ability to solve. That is the deadly reality of all this.

Still another speaker thought that Arab countries in the Middle East may see the beauty of Israel’s democracy and lead a big change in the Middle East. He believes some leader could start a democratic movement in Egypt, Iran, Turkey or Saudi Arabia. But he says that even as our strongest Western democracies are literally collapsing!

As an example, terrorists have been firing missiles into Israel for eight years and getting away with it. Any country that allows such attacks is in a dangerous stage of decline!

What Arab country would want to be a part of such democracy?

It looks as if the next prime minister of Israel will be Benjamin Netanyahu. He recently said that the nuclear threat from Iran is far greater than the global economic crisis—and I believe he is right.

However, the economic crisis of the U.S. and British peoples has the potential to destroy their economies and political systems.

Here is what Anne Davies wrote in the Sydney Morning Herald, February 12: “Just how close the U.S. banking system came to collapse last September was revealed in an extraordinary interview by the chairman of the House Capital Markets subcommittee, Paul Kanjorski, on c-span.

“Answering a call from an irate woman who thought the spending on the banks unwarranted, the Democratic congressman recounted what he had been told by the former Treasury secretary, Henry Paulson, and the Federal Reserve chairman, Ben Bernanke.

“‘On Thursday [September 18], at 11 a.m. the Federal Reserve noticed a tremendous drawdown of money market accounts in the U.S.,’ he said. ‘The treasury … quickly realized that they could not stem the tide. We were having an electronic run on the banks.’

“The two men decided to announce a guarantee so there would be no further panic. ‘If they had not done that, their estimation is that by 2 p.m. that afternoon, $5.5 trillion would have been drawn out of the money market system of the U.S.

“‘It would have been the end of our economic system and our political system as we know it.’”

The U.S. was mere minutes from disaster! Do our people realize that the $2 trillion deficit this fiscal year will plague America as long as it exists? It is a monstrous problem.

Thomas Friedman of the New York Times said “the U.S. financial crisis has the potential to get far worse—it could be terrifying!”

And still, the nuclear crisis is far worse than the economic crisis. Both of these crises are going to become catastrophes.

Many people are beginning to see that there is no hope that we will solve our nuclear nightmare and financial problems. Usually, the more we suffer, the more receptive we are to the hope that is literally staring us in the face.

The strange paradox is that there is hope galore presented in our weekly media, such as the revelations from the Hubble telescope. But we refuse to see it.

The human eye can see many blank spaces in the sky. And astronomers saw many empty spaces in the universe with their telescopes before they invented the Hubble telescope.

Those awesome galaxies have everything to do with our incredible human potential.

Shamefully, however, astronomers and scientists choose to exalt that magnificent creation above the Creator!

Hubble was by far the greatest telescope revelation ever! It ought to fill all of us with stupendous hope. Here is why. “Because that which may be known of God is manifest in them; for God hath shewed it unto them. For the invisible things of him from the creation of the world are clearly seen, being understood by the things that are made, even his eternal power and Godhead; so that they are without excuse” (Romans 1:19-20).

The Hubble telescope has shown us “things that are made”—by God. They did not evolve, nor did God create them through evolution. The Bible makes that very clear.

The invisible God can be seen through His mind-staggering creation. Scientists are left without excuse. The whole creation groans today, waiting for the glorious liberty of the sons of God (Romans 8:21-23). This world and those clusters of galaxies groan as they await the rule of those who heed God’s majestic message today.

You really need to request our free book The Incredible Human Potential. It will show you how our problems are going to be solved. It will also fill you with an eternal hope—a hope that never dies.