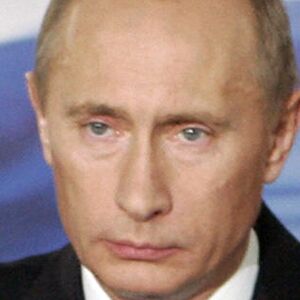 Keeping abreast of Russia and understanding the Kremlin psyche can be challenging. Here’s a simple key to distilling modern Russia.

What was the greatest geopolitical catastrophe of the 20th century?

Tough question. The candidates are plenteous. Tens of millions were killed in World Wars i and ii. Other wars have eliminated countless lives and left states smoldering. During the 20th century, Africa largely devolved into a basket case of failed states; millions have suffered. The Balkan wars dismantled a sovereign state and remapped an entire peninsula of Europe. The shah of Iran’s fall in 1978 conceived a radical Islamic, terrorist-sponsoring state, and perhaps the most dangerous country on Earth.

The catalog of contenders runs long.

But the answer is clear to Vladimir Putin. Russia’s strongman believes the “greatestgeopolitical catastrophe” of the 20th century was the 1991 collapse of the Soviet Union!

The significance of that telling revelation is hard to overstate. That statement provides an invaluable glimpse into the mind of the man who runs Russia, it lies at the core of current international relations, and it gives much-needed clarity and simplicity to the sometimes confusing and contradictory movements of Russia—the nation Winston Churchill identified as a riddle wrapped in a mystery inside an enigma.

Keeping apace of Vladimir Putin is practically a full-time job. When Putin took the reins of Russia in 2000, he undertook a strategy to put Russia front and center on the stage of international relations. It has been successful. Over the past eight years, the Kremlin has gained a place in every conversation and issue of major significance on the world scene. These days, when it comes to discussions among world powers on issues relating to the Caucasus, Central Asia, the Middle East, Europe, East Asia, Africa, Latin America—as well as issues relating to energy, nato, nuclear weapons and proliferation—a seat must be reserved for Russia at the table.

The Russians are everywhere. Be it loudly voicing their opinions and pushing others around at major international conferences; establishing naval and air bases on the Black Sea; signing air defense treaties with Belarus; kicking the U.S. Army out of Kyrgyzstan and meddling with American interests throughout Central Asia; agreeing to form a “rapid reaction force” with Central and East Asian nations; cutting off gas supplies to Ukraine and precipitating widespread energy crises throughout Europe; sowing discord in the EU; conducting naval exercises in Latin America; directing the renegotiation of longtime treaties; assisting Iran’s rogue nuclear program; leading calls to undermine the U.S. dollar; interfering in America’s war in Afghanistan; undermining nato expansion; or laying claim to resources in the North Pole.

If keeping up with Russia’s activities is challenging, understanding them can be near impossible. It’s true that out of the abundance of the heart the mouth speaks. Of all peoples, the Russians come closest to defying that truth. Nuanced at times and brutally transparent at others, Russian dialogue and foreign policy, at face value, are famously schizophrenic. Former U.S. President George Bush can attest. He will forever be haunted by his remark after his first meeting with Putin, when he said that when he peered into the eyes of Russia’s president he saw a man with a soul he could trust. Mr. Bush wasn’t the first to be fooled by the Kremlin, and he won’t be the last. The Russians are masters of obfuscation and circumlocution, and they continue to ply their crafty trade. Winston Churchill was a superior statesman who knew the Russian heart intimately. He said it was sometimes impossibly hard to predict—a riddle, mystery and enigma all wrapped in one.

Consider a recent example. The Strategic Arms Reduction Treaty (start i) governing the strategic nuclear arsenals of Russia and America expires in December. In a speech delivered during the prestigious Munich Security Conference last Saturday, Russian Foreign Minister Sergey Lavrov said that Russia wants to renew the treaty, and indicated that Moscow would be willing to abolish a significant number (some reports said up to 80 percent) of its nuclear weapons under a renegotiated treaty. Such overtures may seem counterintuitive to the brunt of Russia’s foreign policy, which—under Putin and particularly since its invasion of Georgia last August—is clearly designed to restore its Soviet-style reputation of supremacy and strength—a reputation, ironically, founded in Cold War times on possession of massive stockpiles of nuclear weapons. A realist would read Moscow as being duplicitous. A liberal might consider it a sincere gesture. Who’s right? How can we know?

How can anyone keep abreast of Russia, let alone decipher the truth behind the morass of conflicting dialogue and decisions?

By understanding the first sentence of Vladimir Putin’s state of the nation address before parliament and aired on live television in 2005. Read it for yourself: “The collapse of the Soviet Union was the greatest geopolitical catastrophe of the century.” That revelation was a rare, unadulterated glimpse into the heart of the man who defines modern Russia!

Most importantly, it furnishes a key to understanding modern Russia. That key: understanding that the Kremlin’s supreme motivation is to reverse the “greatest geopolitical catastrophe” of the 20th century and restore Russia to the status of anempire!

In recent years, some of the best analysis of the Kremlin’s activities has come from Stratfor, a premier, well-connected think tank. Among the reasons for Stratfor’s quality analysis on Russian affairs is its willingness to accept and consider events in the context of the reality that the Kremlin’s primary motivation is to restore Russia as a global power. “The war in Georgia … is Russia’s public return to great power status,” Stratfor founder Dr. George Friedman wrote last August (emphasis mine).

This is not something that just happened—it has been unfolding ever since Putin took power, and with growing intensity in the past five years. … The war was far from a surprise; it has been building for months. … Russia has been an empire for centuries. The last 15 years or so were not the new reality, but simply an aberration that would be rectified. And now it is being rectified.

It is a defining reality in international relations today: Russia was an empire for centuries, and it’s working furiously to be one again!

This key explains why Russia invaded Georgia. That war was a warning to America, Europe and nato against further encroachment into the Russian periphery. It was a warning to former Soviet satellite states that their national security swings on a Russian hinge, and that they had better avoid slipping into bed with America and Europe. The same goes for the Ukraine/Europe gas crisis, the furious debate between America and Russia over the slated U.S. ballistic missile installations in Poland and the Czech Republic, and the decision to establish military bases in Abkhazia on the Black Sea.

Through each of these actions, the Russian bear is both defending and reclaiming its influence over the geographic territory of the former Soviet empire.

Russia now appears ready to reduce its strategic nuclear arsenal. How does this serve the ultimate goal of furthering its ambitions of restoring its empire? Stratfor explained the answer thoroughly this week. In a nutshell, for Russia the cost (both financially and in terms of manpower) of maintaining its nuclear deterrent is expensive and taxing. By renegotiating start i and forging an agreement whereby both America and Russia reduce the number of their strategic nuclear weapons, the Kremlin can downsize a costly program while at the same time enticing America to reduce its nuclear arsenal to the same number. It’s quite canny. Ultimately, Russia concedes little, as many of the costly nukes would have to go at some point anyway.

Of course, America is not naive. Washington is using start i as a means of enticing Moscow into making concessions in other areas. “In fact, negotiations seem to already be affected,” wrote Stratfor Tuesday. “Russia gave little on the U.S. plans for a Central Asia route to Afghanistan: On Monday, Kazakhstan—which hardly moves without checking with the Kremlin—announced that it would permit U.S. logistical supplies to be shipped to American troops in Afghanistan.” Clearly, the Russians are not averse to making concessions to America, particularly in instances where such concessions can result in a massive drawdown of U.S. nuclear power.

But remember: Every concession by the Kremlin is shaped by the broader strategy of restoring the Russian empire.

Lastly, it is important to consider the time frame within which the Kremlin must achieve its end goal. The Russian economy is tanking, and time is running out on its opportunity to cut itself a position of lasting significance. Its conventional military and its nuclear arsenal are both aging quickly. Demographically, birth rates are plunging precipitously. “The Russian leadership is well aware that it is operating on borrowed time,” Stratfor observed. “This is not to say Russia as a state will die in the next few years, but instead that it needs to push back Western influence as far as possible before its own (probably terminal) decline begins” (ibid.).

Vladimir Putin and the Kremlin are running out of time to restore Russia to empire status!

Don’t expect Russia to drop from the headlines in coming months. In fact, expect Russia to ramp up its efforts to restore the Soviet empire. Among other activities, this will likely mean the forging of a major agreement with Germany and Europe that will assuage both European and Russian vulnerability. Expect Russia to continue to be highly active in defending and enlarging its periphery; Ukraine will likely continue its gravitation toward Moscow. It’s highly unlikely we will see nato expand much further eastward.

Most importantly, don’t be surprised if the Kremlin tramples on and exploits the United States’ naive willingness to, as Vice President Joe Biden put it in Munich, “push the reset button” with Russia. The Kremlin is already pushing the reset button—it’s just a different button than America wants to push. Washington wants to push a button that will create a clean slate with Russia. That’s not going to happen.

Reality is, the Kremlin is pushing a reset button that is returning Russia back to the glory days of its empire!