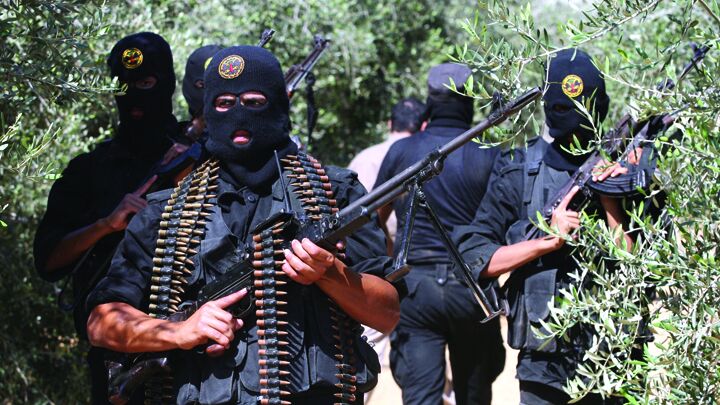 As the international community, with predictable unanimity, demanded that Israel immediately stop defending itself against the rain of rockets on its people, some Muslims, deep down, wanted to see the Jews give the terrorists in Gaza a good sound thumping. They hoped for this because they knew Hamas’s survival would be a victory for Iran—and they want Iran put down.

These Arabs have watched with concern as the Hamas-Iran relationship has blossomed over a period of years. Today, Iran is Hamas’s biggest sponsor. It has come to use the organization the same way it uses Hezbollah in Lebanon: as a weapon to advance its own ambitions.

The Iranian-funded makeover of Hamas from being merely one of several competing jihadist groups to becoming the most popular force among Palestinians has instilled fear in Arab states throughout the region. They view that achievement as being of a piece with Iran’s infiltration into Iraq, its influence over Syria, its sway over several Sunni nations in the Persian Gulf, and its authority over Hezbollah, which now has a veto in the Lebanese government. Most of all, these neighboring Arab governments deeply fear Iran’s nuclear program that progresses in spite of all international efforts to stop it. They know the Iranian mullahs want not only to defeat Israel, but also to foment radicalism among Muslims throughout the region in pursuit of their broader revolutionary goals.

That is why they were so anxious about the outcome of the Israel-Hamas war. Egypt’s president, Hosni Mubarak, actually told a group of European foreign ministers that Hamas “must not be allowed to emerge from the fighting with the upper hand.” Even Iranians upset with their government sent hundreds of messages to Israel’s Ministry of Foreign Affairs Persian-language website; its editor, Menashe Amir, said they demanded for Israel “not to stop the war, to go to the end and to finish Hamas.”

These were unlikely cheers for Israel. But to these people’s chagrin, Israel’s offensive only helped Iran’s cause by igniting sympathy for Hamas within Muslims everywhere. This was the last thing the governments of nations like Egypt, Jordan and Saudi Arabia wanted. They bore harsh criticism from their peoples for not doing enough to support Hamas or to stop Israel.

The division of the Arab world into radical and “moderate” camps is growing more pronounced. Iran is doing all it can to claim leadership over the radicals, and the Gaza war provided a plum opportunity. Iran rallied popular opinion with its harsh condemnations of Israeli aggression. It staged mass anti-Israel and anti-American protests. To agitate their less-radical neighbors even more, Iranian leaders hurled insults at Arab leaders who were unwilling to take similar actions, accusing them of complicity with “the Zionist enemy.” Some encouraged the people to revolt against their leaders. In one extreme case, they actually called for assassination. An organization founded and supervised by the Iranian Revolutionary Guard put a million-dollar bounty on President Mubarak. Should someone accept the commission, it wouldn’t be the first Iranian-inspired assassination in Egypt’s history; the Trumpet has speculated for over a decade about whether Tehran might stage a follow-up to its murder of Anwar Sadat in 1981 in order to flip Egyptian politics in its own favor.

Iran’s overall strategy is unmistakable. Gaza is one of several fronts—Lebanon, the West Bank, Iraq, Afghanistan, Pakistan, Egypt—on which Iran is fomenting strife and going on the offensive. And according to a recent report by the French parliament, the Islamic Republic will cross the nuclear threshold this year. Is it any wonder the mullahs chose this moment to unleash Hamas and divert the world’s attention onto a more pressing problem in Gaza?

These concerned Arab leaders recognize what is really going on: Iran is pushing to be the undisputed king of the region, which threatens their own positions. That is why they hoped Israel would press its advantage and deal Hamas a deadly blow.

That, Israel did not do. The beating it inflicted on Hamas will only buy a bit of time. It will not stop Iran from advancing in its broader aims, because neither Israel, nor the U.S.—nor any other nation, group of nations or international body—has shown itself willing to take Iran on directly.

The scenario we see unfolding—Hamas being battered but not eliminated, Israel failing to pursue true victory and suffering increased international scorn anyway, Iran emerging unscathed and able to continue pursuing its broader war—not to mention the possibility of Egypt suddenly becoming radicalized and falling in step with the Iranian regime—is one the Trumpet has forecasted for nearly 15 years.