The Roman Empire thrived when its citizens valued marriage and family. It fell when they stopped cherishing the family. 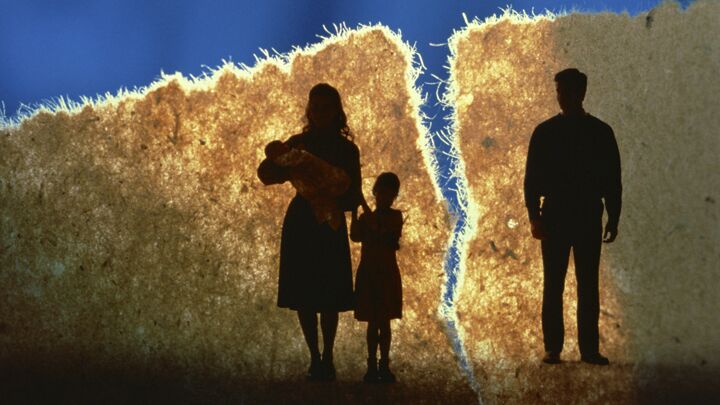 The Roman Empire thrived when its citizens valued marriage and family. It fell when they stopped cherishing the family.

Why do great nations or empires fall? Why do superpowers fall? It is a fact of history that all world-ruling empires have collapsed. But why?

There is a cause for every effect. The great historian Edward Gibbon wrote about the fall of the Roman Empire, the greatest of all the world-ruling empires. If you study Gibbon’s work, it’s obvious that America and Britain are headed in the same direction!

In his masterpiece, History of the Decline and Fall of the Roman Empire, Gibbon identified five major causes that contributed to the fall of the Roman Empire: first, the breakdown of the family; second, increased taxation; third, an insatiable craving for pleasure; fourth, an unsustainable buildup of armaments; fifth, the decay of religion.

One of the greatest historians of all time is telling us how and why ancient Rome fell. Don’t the conditions surrounding Rome’s fall sound eerily similar to the conditions prevalent in the United States and British Commonwealth today?

History shows that the strength of any nation depends on the strength of its families. Family is the rock-solid foundation on which a country’s superstructure is erected. That was the case for both America and Britain.

Rome in its heyday was affluent and had the mightiest army on Earth, just like America today. Back then, when people talked about Rome falling, they were scoffed at and scorned. When Seneca, the famous Roman, warned that Rome would fall—even telling people why it would fall—the people ignored him. In the words of Seneca, one of the foundational reasons Rome would fall was the fact that “they divorce in order to remarry. They marry in order to divorce.”

Seneca warned that family breakdown would destroy the Roman Empire!

Couldn’t Seneca’s warning just as easily apply to America and Britain today? Divorce and family disintegration are rampant in these nations.

“Largely forgotten today is the fact that the home is the basic foundation of any society. It is the most influential element in national character. It lays the first groundwork for learning individual character, values, goals, morality, self-control and loyalty.

“The early Romans basically understood this. And it was a force that helped Rome grow in power and stature” (The Modern Romans, Ambassador College; emphasis mine throughout).

In his book Rome: Its Rise and Fall, Philip Van Ness Myers wrote, “First, at the bottom as it were of Roman society and forming its ultimate unit, was the family. … The most important feature or element of this family group was the authority of the father.”

Rome, like the United States, was built on a foundation of strong, stable families in which the father was embraced as the chief authority!

Myers continued, “It would be difficult to overestimate the influence of this group [family] upon the history and destiny of Rome. It was the cradle of at least some of those splendid virtues of the early Romans that contributed so much to the strength and greatness of Rome, and that helped to give her dominion of the world.”

The father was the nucleus of the early Roman family. He led his sons and daughters and was an example of the virtues they were to develop. E.B. Castle wrote about the Roman Empire in his 1961 book Ancient Education and Today: “The [early Roman] boy’s upbringing was founded on a profound conviction of the power of example, first of the father himself as a representative of virtues peculiarly Roman, but also of the great prototypes of Roman valor in the boy’s family and national history who were presented to him as men worthy of admiration.”

Tacitus, a Roman historian of the early empire, wrote, “In the good old days [that is, of the republic], every man’s son, born in wedlock, was brought up not in the chamber of some hireling nurse, but in his mother’s lap and at her knee. And that mother could have no higher praise than that she managed the house and gave herself to her children ….” Society valued the women for rearing, educating and loving the children, and giving them the time and tender care they needed. “Religiously and with the utmost delicacy she regulated not only the serious tasks of her youthful charges, but their recreations also and their games” (ibid). “The idea of entrusting the training of a future Roman citizen to the incompetent guidance of a slave was repellent to the Roman mind at this time” (Castle, op. cit.).

God says that’s the way it ought to be: that families need to stick together (Matthew 19:4-5). Husbands and wives must work to bind their marriages together. God said that in marriage you ought to cleave to one another and become one flesh.

But the Romans, like Americans today, began to turn to a new morality that no longer valued marriage and the family. This caused them to lose respect for marriage and family.

Today, no-fault divorces are about as easy to get as going to the supermarket to buy your groceries. That’s exactly what happened to Rome. As E.B. Castle wrote, “Added to this initial cause of family disruption”—that is, business trips taking the husband out of the home for long periods as trade and wealth increased—“was the consequent easy attitude to the marriage tie, the increasing frequency of divorce, and growing freedom and laxity in women’s morals, all of which ended in a loosening of the old family unit in which the best in Roman character had its roots” (ibid).

History shows clearly the foundational reason for the fall of the awesome and mighty Roman Empire. We ignore this history at our peril.

Today, most people have rejected the law of cause and effect. We think we can discard marriage and family and suffer no consequences—but the history of Rome ought to teach us what the fruits of family breakdown are—and will be!

Jerome Carcopino wrote in Daily Life in Ancient Rome that by the beginning of the second century a.d., in general Roman fathers had “yielded to the impulse to become far too complaisant. Having given up the habit of controlling their children, they let the children govern them, and took pleasure in bleeding themselves white to gratify the expensive whims of their offspring. The result was that they were succeeded by a generation of idlers and wastrels ….”

Take an honest look at Western societies today: Our parenting is exactly the same!

Carcopino continued: “From this time on [in the first century b.c. in Rome], we witness an epidemic of divorces, at least among the aristocracy whose matrimonial adventures are documented.”

In Isaiah 3, the ancient prophet warned that family breakdown would be a defining feature in America and Britain before the return of Christ. He also explained how this would come about: “For, behold, the Lord, the Lord of hosts, doth take away from Jerusalem and from Judah the stay and the staff, the whole stay of bread, and the whole stay of water, The mighty man, and the man of war, the judge, and the prophet, and the prudent, and the ancient, The captain of fifty, and the honourable man, and the counseller, and the cunning artificer, and the eloquent orator. And I will give children to be their princes, and babes shall rule over them. And the people shall be oppressed, every one by another, and every one by his neighbour …” (Isaiah 3:1-5).

God said strong leaders, including strong fathers, would be a rarity, and that children and teenagers would rule the family and dominate the culture. Does that sound like society in America and Britain today?

“[T]he child shall behave himself proudly against the ancient, and the base against the honourable” (verse 5). Look around! Is there any doubt children and teenagers rule over the adults and dominate society and culture?

“As for my people, children are their oppressors, and women rule over them. O my people, they which lead thee cause thee to err, and destroy the way of thy paths” (verse 12). It’s a lesson of history: A nation’s success or failure hinges on the strength or weakness of its families. That’s what Edward Gibbon told us, and that’s what God is telling us in Isaiah 3.

In Isaiah’s prophecy, the family is so upside down, and the father so anemic that he’s not even mentioned. Where are the fathers that God says should be leading their families—the type of fathers that helped make Rome great? In this prophecy, the women are ruling, although even they are being oppressed by the children. In reality, the children are leading, just as Gibbon said they were in ancient Rome just before its monstrous collapse!

The history of Rome confirms what the Bible teaches about marriage and family!

In a May 12, 1993, Washington Post editorial, David Blankenhorn, founder of the Institute for American Values, was quoted as saying: “The most important predictor of criminal behavior is … father absence. It’s boys who don’t grow up with their fathers.” The editorial concurred, saying, “The two-parent household as the ideal arrangement for rearing children has been universal across both time and geography.” Understand! The two-parent household has been the best way to rear children—all over the world, for all of man’s history!

But what has happened in this end time? “Men,” this article said, “have been linked, through marriage, to their children and the mothers of their children. … Not only has the primacy of motherhood NEVER been questioned;we also have NEVER doubted that children need fathers.UNTIL NOW.” We live in a culture that constantly undermines the role of the father. You can learn more about the attack on fatherhood by requesting a free copy of Conspiracy Against Fatherhood.

Throughout history, mankind understood that children need fathers—but now psychologists are trying to tell us that the father is not necessary to rearing healthy children. In actuality, what these studies and the pervasive anti-father movement are telling you is how to DESTROY families and destroy nations.

The history of Rome teaches that these people have no idea what they’re talking about!

What does the Bible say about the critical role of the father? “And ye have forgotten the exhortation which speaketh unto you as unto children, My son, despise not thou the chastening of the Lord, nor faint when thou art rebuked of him: For whom the Lord loveth he chasteneth, and scourgeth every son whom he receiveth. If ye endure chastening, God dealeth with you as with sons; for what son is he whom the father chasteneth not? But if ye be without chastisement, whereof all are partakers, then are ye bastards, and not sons. Furthermore we have had fathers of our flesh which corrected us, and we gave them reverence: shall we not much rather be in subjection unto the Father of spirits, and live?” (Hebrews 12:5-9).

That scripture, among many others, tells us that God is a Father!

In fact, one of the greatest truths taught in the Bible is that God is a Family! The Bible teaches that human marriage and family are God-ordained institutions, created for a divine and spectacular purpose. Some people understand the importance of family, but even they (in most all cases) don’t really understand the incredible human potential of a person to be born into the very Family of God!

This is such an awesome relationship that we have, and family and marriage have such awesome meaning. We must understand it if we’re ever going to have strong families and strong nations!

You can learn about the spiritual dimension of marriage and family by requesting free copies of The Missing Dimension in Sex and God Is a Family.